Denis "electronic" Sharipov has secured his first Most Valuable Player award with a superb showing at ICE Challenge 2020.

The Russian star won the race to the award after capping off the tournament with a fantastic display in the best-of-five grand final affair (1.38 rating), which however wasn't enough to bring Natus Vincere over the finish line against mousesports.

With that, he joins his teammate Aleksandr "s1mple" Kostyliev — who often stood in electronic's way in some previous races to the award, most notably at StarSeries i-League Season 7 and ESL One Cologne 2018 — in the company of players who won the MVP medal as part of the losing side of the title decider. 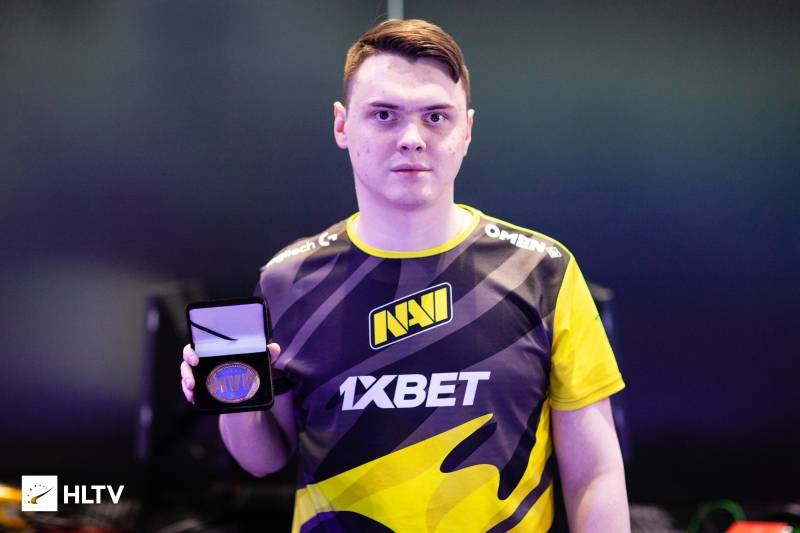 David "frozen" Čerňanský was his biggest rival going into the grand final, with Robin "ropz" Kool, s1mple, Kirill "Boombl4" Mikhailov, and Özgür "woxic" Eker also being among the plausible candidates for the award ahead of the best-of-five series. 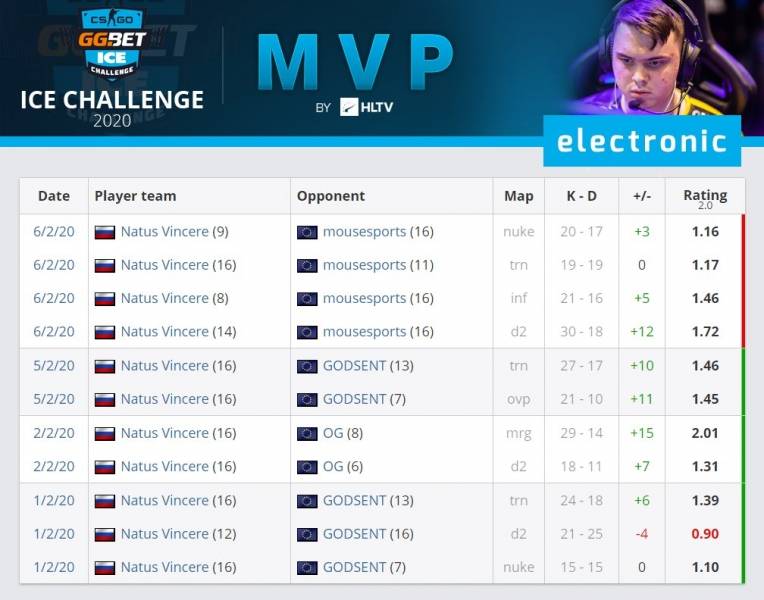