karrigan: "The best,of,five format is going to play in our favor"

karrigan: "The best-of-five format is going to play in our favor"

After mousesports secured a spot in the grand finals of ICE Challenge, we spoke to Finn "karrigan" Andersen who gave us a breakdown of the series against MAD Lions and his thoughts on the upcoming final.

mousesports have successfully made their fifth consecutive LAN final having bested Nicolai "HUNDEN" Petersen's MAD Lions 2-1. At the time of conducting the interview, karrigan and company were awaiting the victor of Natus Vincere versus GODSENT to see who they will face off against for the trophy on Thursday. 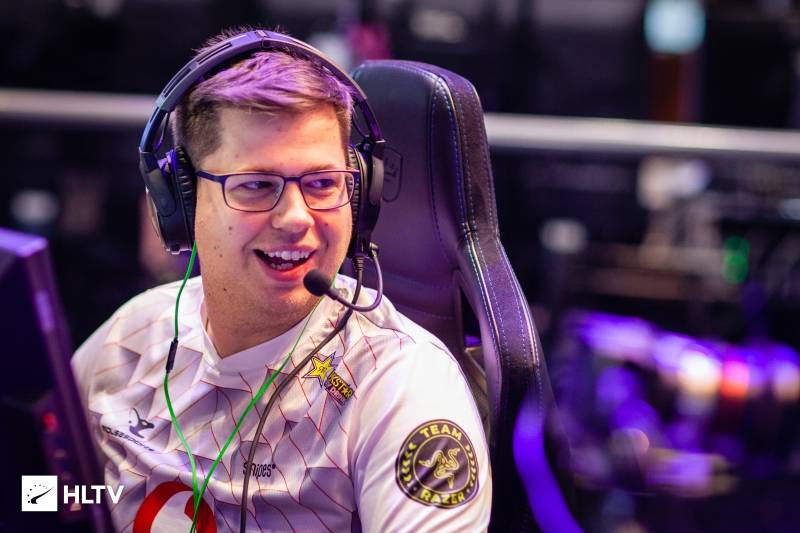 In a brief post-match interview, we got karrigan's gauge of the team's form and a detailed breakdown of the best-of-three against MAD Lions. We also discussed the map veto and whether he felt the Danes surprised with their decision-making.

In your opening match against MAD Lions, the team felt a bit shaky compared to your dominant stretch late-2019. Do you feel you've gained form as the tournament progressed?

I think that at this tournament there's obviously pressure, from other teams as well. If we come here and don't win our games 2-0, it kind of feels like we are dipping in form, right? So, obviously we have to fight back to get back to that top-level form, and that's also why we chose to go to a lesser tournament to gauge how we feel before Katowice. The mistakes we make today are something we can correct. I think they're small mistakes we make here and there, and I think that's easily fixable for the next tournament.

In an interview with HUNDEN we learned that he was trying to play mindgames with you in the veto process. They ended up banning Train, one of their strongest maps, while leaving Dust2, a map they conceded to you in the opener. What were your initial thoughts on it?

I think it's really hard to see where we want to go with our map pool. We have six really strong maps that we can show, and we've been working on those that we don't feel that comfortable on. Going into this tournament, I knew that people will have to try to play the veto system in another way, plus, if we play our best maps I think we should beat any team here, so if they picked Train, I think we should've won that as well.

In the end, I wasn't surprised, and I think ropz called it as well, if they wanted to surprise us, they could've picked Vertigo, which is a map we worked on as well. I think we had a shaky start and early game maybe we were a little bit sleepy after sitting two hours in a shuttle. All in all, we were not surprised by the veto. I decided to ban Mirage in the second phase because I think that's what they wanted to achieve, I think they wanted Mirage as a third map instead of picking it and that's what we denied them, instead playing Nuke, which played out really well for us.

MAD Lions kept Dust2 open in the veto, despite the outcome of the opening series. What did you think about that decision and how the map panned out?

They say they don't have a weak map themselves, but I feel that Dust2 doesn't really have much of what they say they're coming with. Normally, when you play Dust2 you need to be able to have really good mid rounds and openings here and there, and executes. What I feel they're best at is executing, and executing all the time on Dust2 is really tough because we're going to try to go for duels and make sure they don't execute their full utility. I think that was the difference-maker today, we had control of the whole game, during the time I didn't feel nervous. In the end, I think we're just a better team on that map and that's probably something they have to prepare better for Katowice, or else people are going to pick it against them.

Nuke was initially a back and forth, but towards the end of your CT side you got the ball rolling, and translated that momentum onto the T side, where you eventually broke them and won. Did you feel like you could have shown a better defence in hindsight?

I think our CT side saw some key rounds lost that ruined the game in the beginning, but once we got the economy and we got in our comfort zone, I think we took over the game. They tried to explode on sites, and we knew that going into the map. We just didn't handle it well enough, I think the trades were just one frag off securing a round, and there was a 4v2 that we lost at the end of the first half, which was really expensive for us in the end. Going into the T side, I chose to see how they were playing, because obviously we have some new stuff that we want to do in Katowice. When it got a little bit too tight, I decided to find out if we can use the new stuff to counter them, and I think we showed that in the end with a few fakes, where we made them all rotate.

Now it's between GODSENT and Na'Vi for the grand final. Both teams have been performing quite well, considering that one has a freshly-adjusted roster, while the other is at their first large LAN event. How do you think they measure up against you?

GODSENT have played well this tournament, they won 2-0 against ENCE, and if I recall correctly, they were close to beating Na'Vi on one of the maps. In the end, I think it's going to be a really close game, closer than people actually think. GODSENT have everything to win here.

For us, it doesn't really matter who we meet, I think in a best-of-five, at this moment, with these two lineups and how we're feeling, we should win. I think the best-of-five format is going to play in our favour, so in the end, I just hope to play the best team out of those two.