With a 2-0 victory over OG (16-12 Nuke, 16-12 Train), MAD Lions have secured a spot in the semi-final of the ICE Challenge where they will face mousesports.

OG's second LAN outing has finished with a 5-6th placing, with their next outing due in two weeks time, at BLAST Premier. Meanwhile, MAD Lions continue their streak of LAN top-fours, and will try to push that further by taking down mousesports tomorrow.

The quarter-final series started on Nuke, the pick of OG, with the international team taking a 5-1 lead early on. MAD Lions were picking up sporadic rounds and keeping their opponents' money low in the ones they lost, but OG, spearheaded by Mateusz "mantuu" Wilczewski and Aleksi "Aleksib" Virolainen, were resilient and went up 9-3 shortly.

Rasmus "sjuush" Beck's double kill on the CTs aggressing Lobby got the Danes their fourth and then they finally chained rounds together, breaking their opponents' bank and finishing the half 9-6 down. sjuush was pivotal in the pistol as well, seeing MAD Lions edge closer to equalizing the scoreline. That finally happened as Nicolai "HUNDEN" Petersen clutched a 1v1, after which his team took over the lead and closed out the map with ease, 16-12. 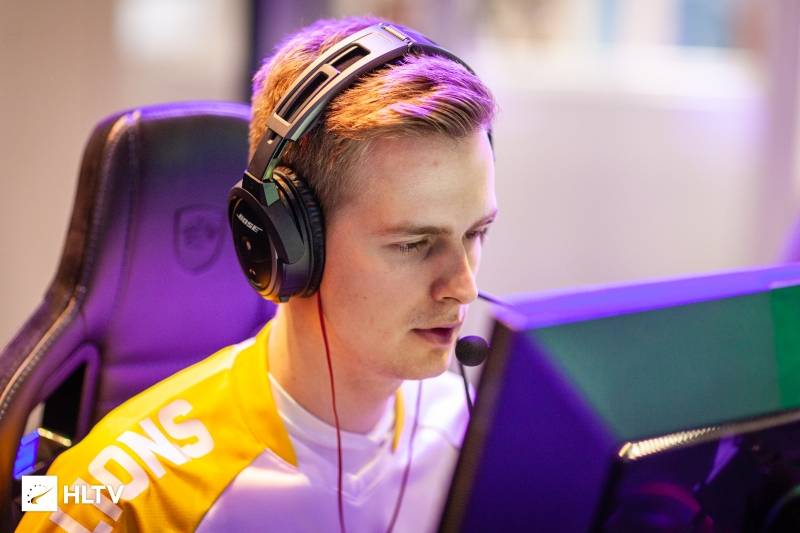 The start to Train was a back-and-forth one as OG won the pistol, lost the anti-force, and then won a force of their own, which gave them a foothold on the T side of Train. Frederik "acoR" Gyldstrand's impressive AWPing kept MAD Lions in the game, however, eventually seeing them take a 9-6 lead before the switch.

mantuu picked up a triple, claiming the CT pistol for his side, and OG went on to get six out of the first seven rounds on the defense as Nathan "NBK-" Schmitt fragged out. HUNDEN and co. then found a weakness in the B bombsite, making their way onto it for a couple of rounds in a row before throwing in a fake to go 14-12 up. At that point, OG couldn't find an answer to the Danes offenses, resulting in a 16-12 victory for MAD Lions. 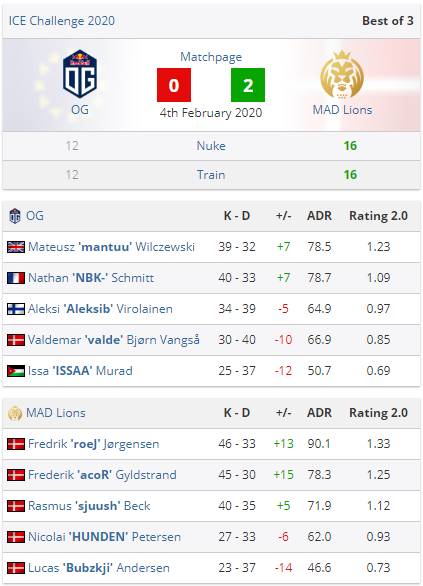