All we know about Jay “Sinatraa” Won’s upcoming Overwatch League skin is that it’s designed for Zarya. Apparently, that’s everything he knows as well. 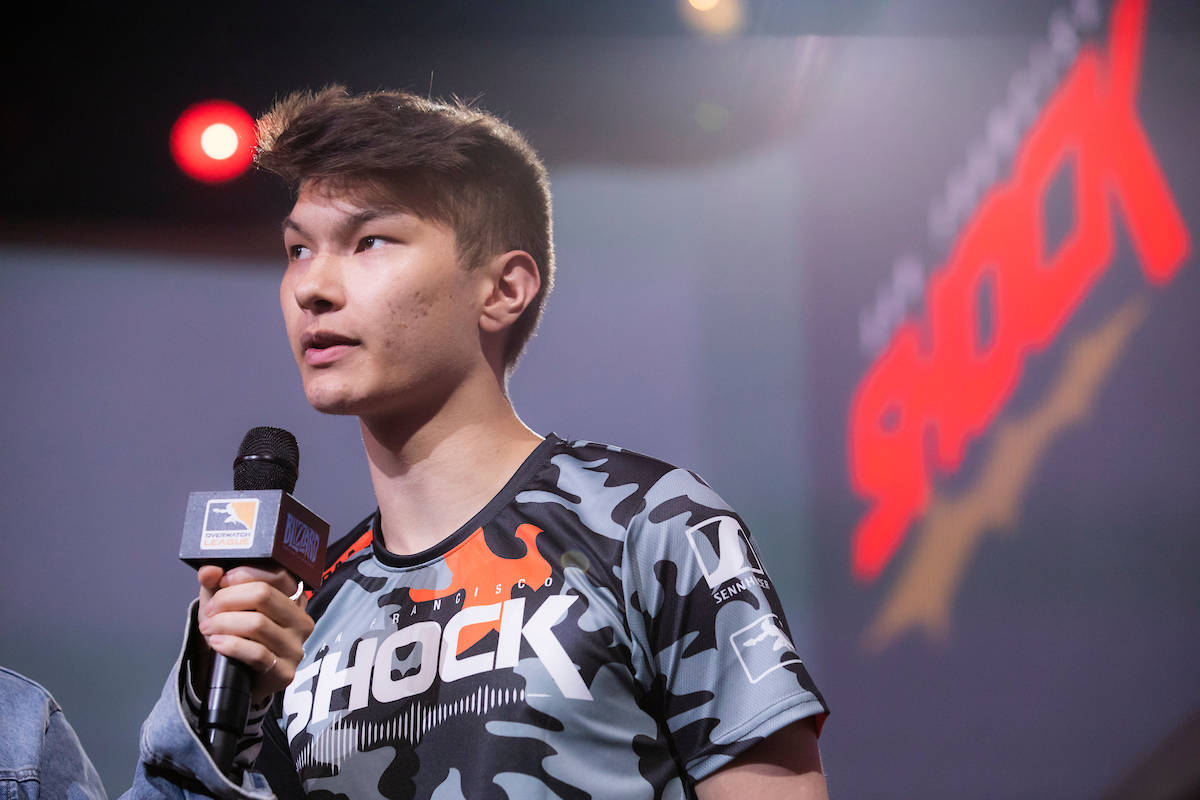 The pro said that Blizzard has been denying him information on the cosmetic after he leaked that the skin was suited for Zarya. He doesn’t know when it’s coming out.

“When’s my skin coming out? I don’t know,” he said on stream last night. “Dude, they literally told me nothing now because I leaked that one thing about it being Zarya back then. So they’ll actually tell me nothing. It’s actually a tragedy, I shouldn’t have said it was Zarya. Fuck my life.”

The pro revealed on teammate Matthew “Super” DeLisi’s stream that the skin would be for Zarya, but that he “couldn’t say the other parts of it.” It’s unclear exactly how much he knows about the visual or how involved he is with its design process, but Blizzard is deliberately keeping details from him, like the release date.

Sinatraa was awarded with the Overwatch League’s MVP awards for his campaign with Zarya over the League’s second season. The pro was famous for his DPS play and Tracer was his hero of choice in the OWL’s inaugural season.

Last year’s campaign was marked by the infamous GOATS compositions, triple-tank, triple-support lineups that relied on heavy sustain to outlive enemies. The strategy left no place for damage heroes, and Sinatraa shone in his role as Zarya.

The original GOATS used Reinhardt, D.va, and Zarya as tanks and Moira, Lúcio, and Brigitte as healers. In that context, Zarya was the main source of damage, and Sinatraa dominated in that role.  His skill helped the Shock complete a legendary “golden stage,” the only team in OWL history to complete a stage without losing a single map.

This isn’t the first time an Overwatch League star was honored with a skin. Last year, inaugural season MVP Bang “JJonak” Sung-hyeon received a tribute for his hero of choice, Zenyatta. The pro was heavily involved in the skin’s design and worked jointly with Blizzard to tweak it in a meaningful way to him, blending his favorite color with the New York Excelsior’s blue-and-red color palette. Sinatraa is the next one to receive the honor, even though Blizzard won’t tell him when.