In the Danish derby of group A MAD Lions overcame Heroic to book a place in the playoffs, while GODSENT outclassed ENCE to eliminate the Finnish side from the tournament.

The two elimination matches wrapped up the group stage at ICE Challenge 2020 in London, with the first match being another meeting of MAD Lions and Heroic. Nicolai "HUNDEN" Petersen's team secured their third victory of the year over Marco "Snappi" Pfeiffer and co., proving to be the second-best team in Denmark at this point.

After losing to OG in the opening match, ENCE were looking to get out of the rut with a win over GODSENT. However, in the meeting of two former mousesports players, Martin "STYKO" Styk came out on top, eliminating Miikka "suNny" Kemppi's team from the tournament.

Heroic kicked off the series with a 4-0 start on the offensive side of Mirage before MAD Lions could reply with two of their own. However, Heroic edged out the ensuing round to stop their opponents from gaining momentum early on in the match. As the score was 8-3 for Heroic, it seemed like Casper "cadiaN" Møller and co. were running away with it, but MAD Lions managed to recover the half, finishing it 6-9 down.

The score was soon equalized after a successful pistol, but Heroic still kept ahead until Lucas "Bubzkji" Andersen's triple in round 22. That won MAD Lions the round and turned the ties of the match, seeing them go from 9-12 down to a 16-13 victory. 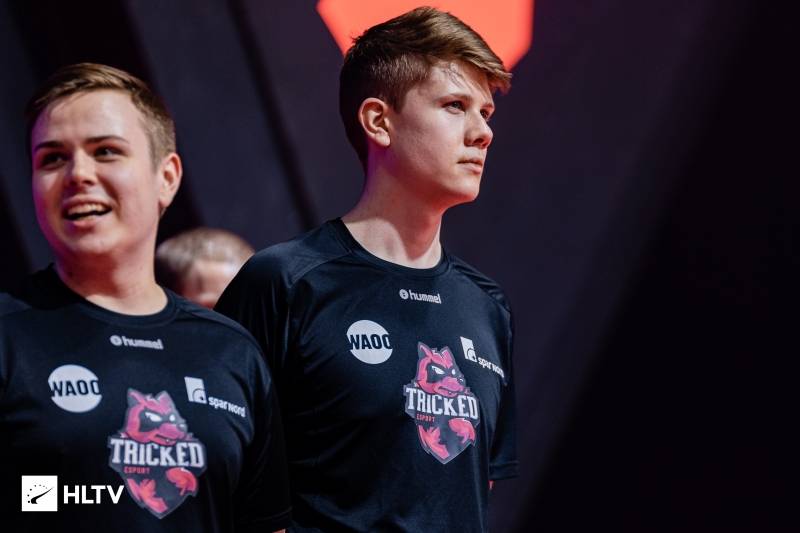 Patrick "es3tag" Hansen started Nuke with a triple in the pistol round to get Heroic on the board on their map pick, but they were unable to establish themselves on the defensive side of the map. Bubzkji spearheaded MAD Lions to a 5-3 lead, after which Snappi's team struggled economically, which HUNDEN and co. exploited.

MAD Lions finished the half with a dominant 11-4 scoreline, switching to the defense with the series victory in their hands. Heroic did the first step to make the comeback, winning the pistol and following two rounds, but MAD Lions closed out the match with five rounds straight on the defense, taking Nuke 16-7.

In the final match of the group stage, GODSENT faced ENCE, with the international team starting on the CT side of Nuke. They were off to a great start, cruising up to an 8-0 lead before ENCE mustered their first one of the match. The Finns found a few holes before the end of the half, but still switched to the defense with just three rounds in the bag.

After winning the pistol, ENCE were upset by a force-buy A site rush, but managed to bounce back with a force buy of their own. Aleksi "allu" Jalli and co. managed to bring it back to 13-7, but the lead that GODSENT built in the first half was too massive for them to not close out the map, 16-7. After picking up their opponents map pick, where STYKO and Jesse "zehN" Linjala dominated, GODSENT moved on to their pick of Inferno and continued where they left off. ENCE won the CT pistol, but were dominated by GODSENT for the rest of the half, with STYKO leading the fragging as his side finished 14-1 up. GODSENT picked up the pistol after the switch and wrapped up the series quickly, earning a place in the quarter-finals. 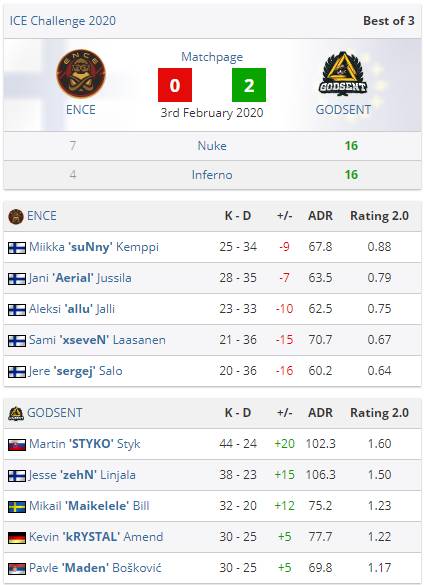