Natus Vincere picked up a convincing two-map victory over OG to secure first place in Group B at ICE Challenge and move on to the tournament's semi-finals.

The Kirill "Boombl4" Mikhailov-led team continues a successful run at the ICE Challenge with their second consecutive victory with Ilya "Perfecto" Zalutskiy, this time looking much more convincing compared to their close debut against GODSENT in the opening round.

After a great start to the tournament against ENCE, OG looked completely outclassed throughout their second series in London, starting Dust2 and Mirage down 0-7 and 0-8, respectively, which eventually led to their quick demise. Nonetheless, they have advanced to the quarter-finals, where they'll face the winner of MAD Lions and Heroic.

A red-hot Denis "electronic" Sharipov started off with seven kills in the first two rounds of Dust2, helping Na`Vi assert dominance on the defense as they won eight rounds unanswered. OG finally broke through in the ninth with a B attack, but Natus Vincere fended off another attempt towards the same bombsite to stop the European side in their tracks and set up a 13-2 score at halftime. 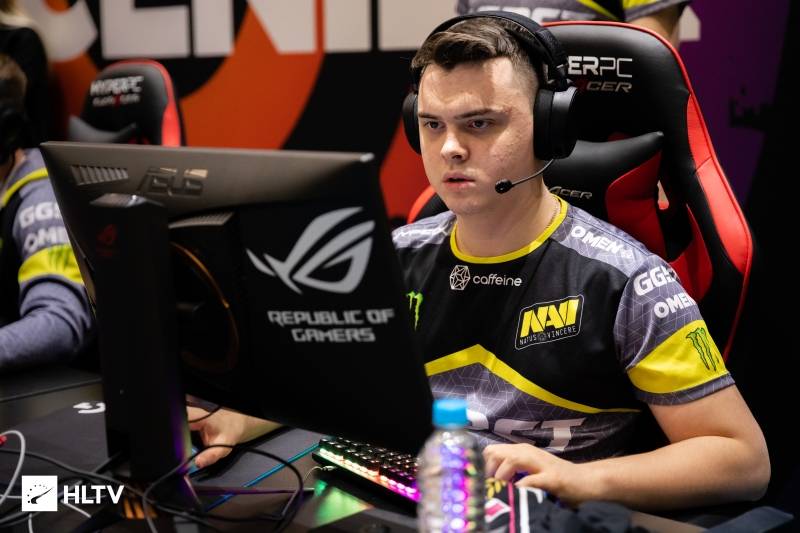 With the pistol round going their way, Nathan "NBK-" Schmitt's side tried to come back into contention for the opening map, but a four-round streak was all they could muster as Aleksandr "s1mple" Kostyliev & co. had little trouble finding the last three rounds for a comfortable 16-6 win.

Mirage began very much the same way as Dust2, with electronic once again kicking off a dominant run with a quad-kill in the pistol round as the CIS-based team clinched the first seven rounds as CT. OG picked up a hard-fought victory on the B bombsite with just pistols and later secured another close round on A, and this time they were able to lower the deficit to just five by the end of the half.

Soon it was just three when Aleksi "Aleksib" Virolainen clutched a 1v1 after the sides switched, but Natus Vincere sped away again once electronic turned things around with a 1v2 clutch of his own. From there on, the favorites were back in cruise control, emerging victorious at 16-8, 2-0. 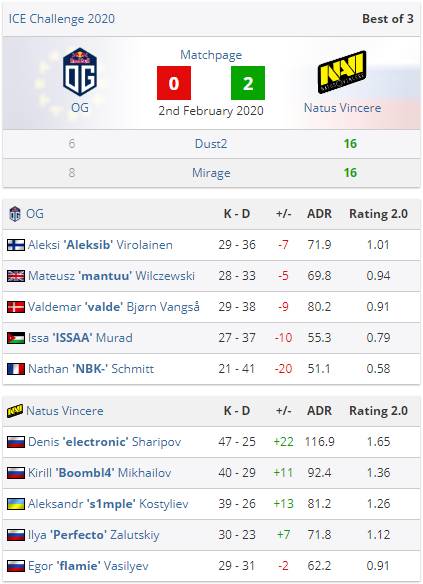