OG.ana won’t be back for this season

OG.ana won’t be back for this season

While the Leipzig Major is in full swing, the back to back TI champions OG are still in their break, they did announce a couple of weeks ago that they will join the open qualifiers for the next Major: ESL One Los Angels. Just as everyone waits for Dota god and his teammates to make their LAN debut in this season, an announcement from OG esports changes everything:

Just a couple of minutes ago, OG announced on Twitter that ana will extend his break and come back for the next season. 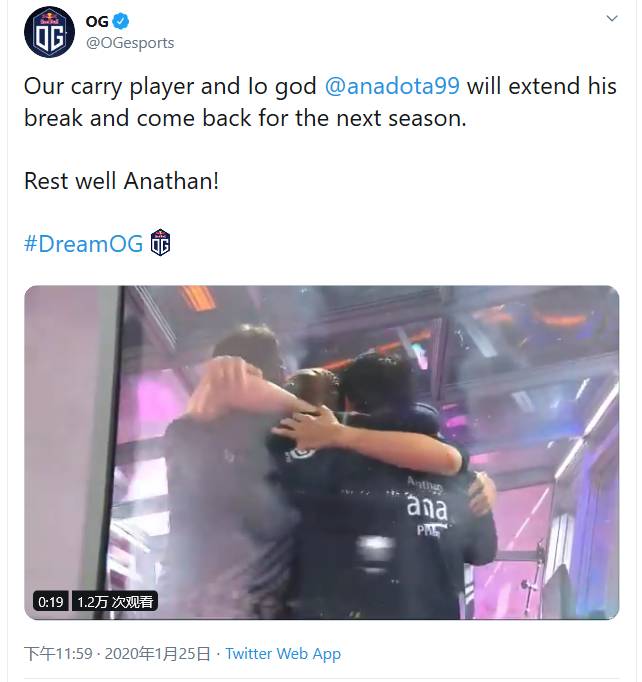 Many people would still wonder if the "season" here means the next major, but in most circumstances, season in competitive Dota2 refers to a DPC season, aka one year. So if this is not a “Chinese retirement” case for ana, it’s highly likely that we won’t be able to see OG playing with their full roster until the end of 2020.

Apart from Ana, Ceb also posted a string of tweets, which includes a famous quote from Avengers 4: "I don't feel so good"

Could these tweets imply the potential role change for Ceb as well? For the time being, we don't have more information, but as we've reported a couple of days earlier, one pro player also leaked that there will be a roster change in OG and Midone will be involved.

Who will replace ana? Will Sumail join OG? I think we will have the answer on 29th of Jan as the whole OG family will sit down together and have a talkshow on redbull's twitch channel. 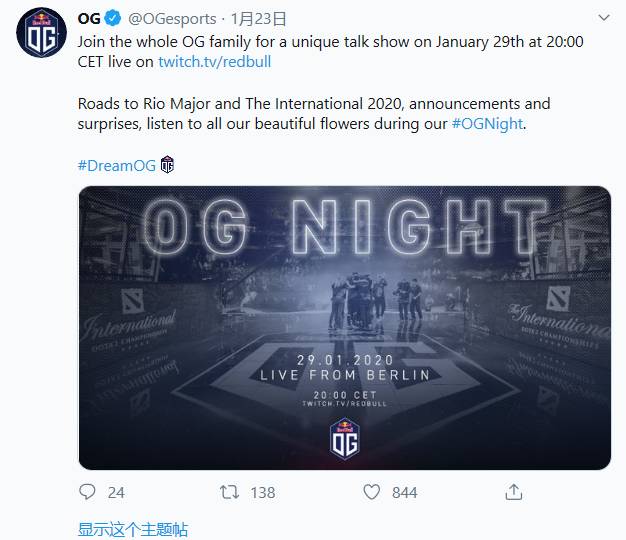