Team Aster just announced on Weibo that they’ve donated 200,000 RMB (~$30,000) to Wuhan Charity Federation to help with the restraint of Wuhai coronavirus outbreak. 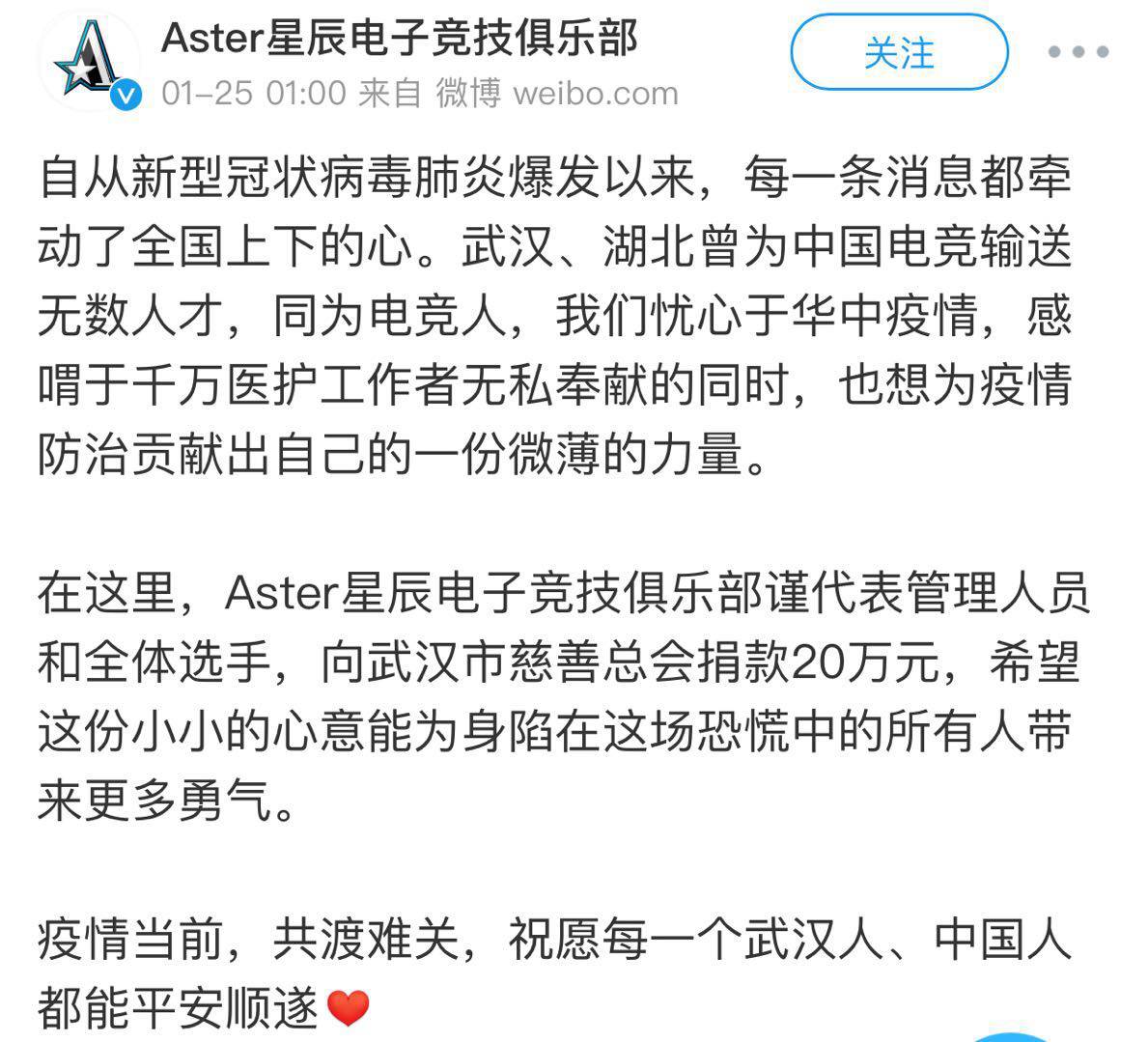 On behalf of the management and all players, Aster esports organization is donating 200,000 RMB to Wuhan Charity Federation. We wish this small donation could bring more courage to those who feel feared and despret by this outbreak.

Wish all those who are infected safe and sound.

Authorities have so far said that almost 1300 people have become infected and 41 people have died from the newly identified disease since it was first identified on Dec. 31. The outbreak started in the city of Wuhan and has so far spread to seven other countries.

下一篇：Evil Geniuses take another step forward at the Leipzig Major