A day after lead game director Jeff Kaplan promised faster balance changes to Overwatch in the future, a huge patch has hit the Public Test Realm (PTR). Patch 1.45 centers entirely around hero changes meant to balance the game. The latest live patch, Patch 1.44, included nerfs to some heroes who get a double dose of power reduction in this patch. Orisa and Sigma get significant changes while DPS heroes achieve a greater balance. 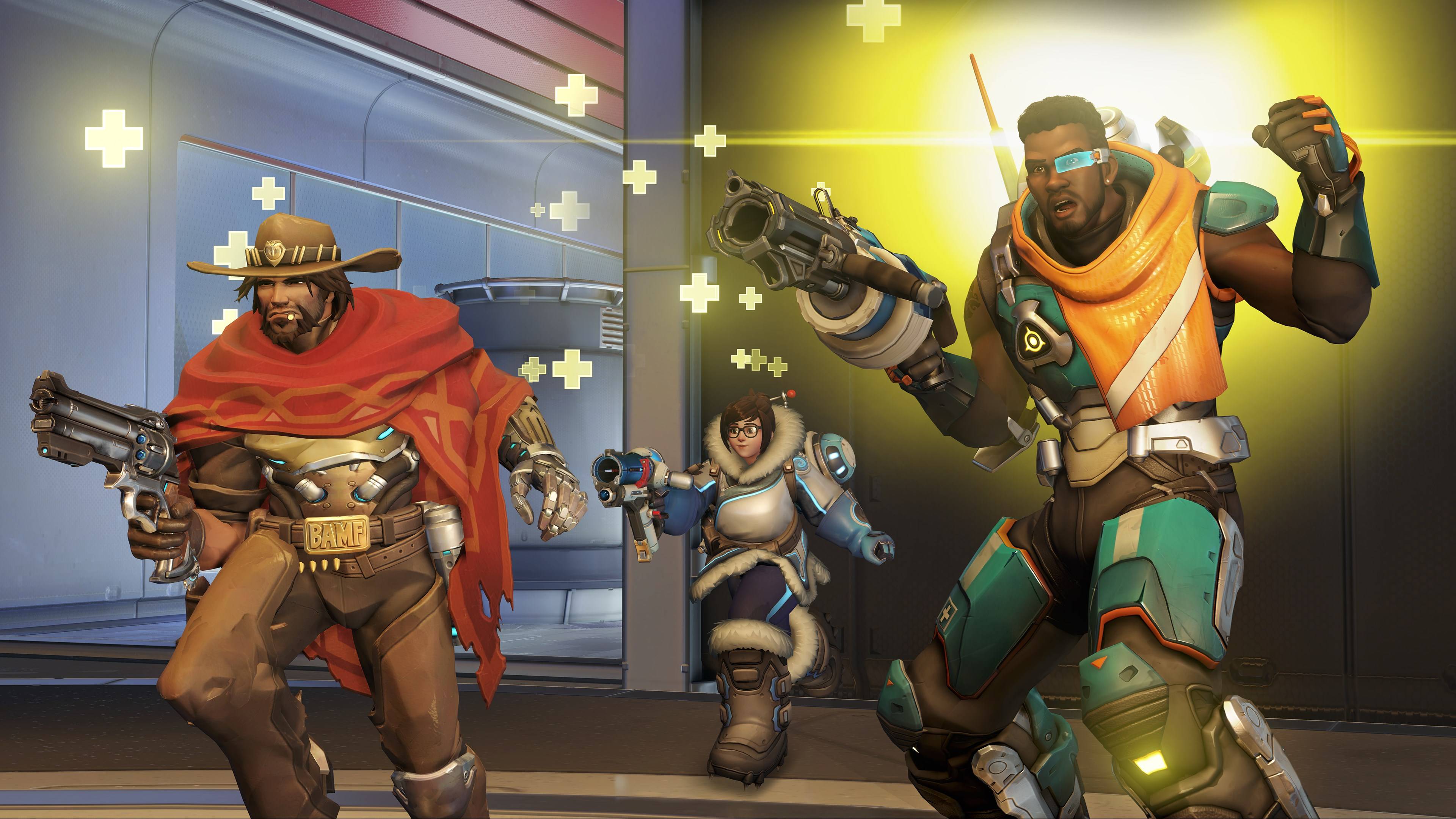 Storm Arrow damage reduced from 70 to 60.

In Patch 1.44, Hanzo’s projectile speed was reduced. This patch, his damage goes down to make him less of a must-pick in competitive matches.

Everyone’s favorite cowboy gets a massive set of buffs to his kit in Patch 1.45. His base health has been increased for more survivability at the cost of a slower primary fire. The biggest change comes to McCree’s ultimate, Deadeye. Players can now move freely while acquiring targets instead of being locked in place.

The Reaping’s passive healing amount reduced from 40% to 30% of damage dealt.

Reaper’s passive has long been the bane of his enemies, healing while he dealt damage. This change reduces that healing by a full quarter.

Baptiste is one of the most popular healers in the game right now due to his overwhelmingly impressive kit. Last patch, Baptiste’s Immortality Field and Amplification Matrix received nerfs. Patch 1.45 is more of the same, reducing the speed of his damage and the viability of his healing grenades.

Fusion Driver, or primary fire, damage reduced from 11 to 9.

Fortify cooldown increased from 8 to 10 seconds.

Are these the changes that finally drag Orisa out of the meta? The tank gets a whopping two point reduction in her primary fire, making her less able to deal damage. Her Fortify gets another nerf with a cooldown increase. In Patch 1.44, the ability lost 10% of its effectiveness. Most importantly, Orisa’s Halt ability will stun enemies for less time. Overall, these changes make Orisa’s kit feel less overwhelming to play against.

Hyperspheres, or primary fire, range reduced from 22 to 20 meters.

Gravitic Flux can now be interrupted before targets begin falling.

Accretion explosion damage reduced from 60 to 40.

Sigma, the other omnipresent tank in this meta, receives a ton of nerfs himself. Small changes include reductions to his primary fire range and Accretion’s damage. The biggest nerf of Patch 1.45 comes in a change to Sigma’s ultimate, Gravitic Flux. While the slow duration of the ultimate is decreased, Sigma can now be stunned or eliminated out of his ultimate. Gravitic Flux previously provided near-immortality to the hero.

Patch 1.45 will be tested on the PTR for at least a week before hitting live Overwatch servers. Because these changes require testing, they may not make it to live servers or will be uploaded in a different form.