Some of you may know Kim “Febby” Yong-Min back in the MVP.Phoenix days wherein they made history as the first Korean team in The International back in 2016. Today, he is mainly known as a great streamer showcasing impressive dota games as well as entertaining in-real-life streams. 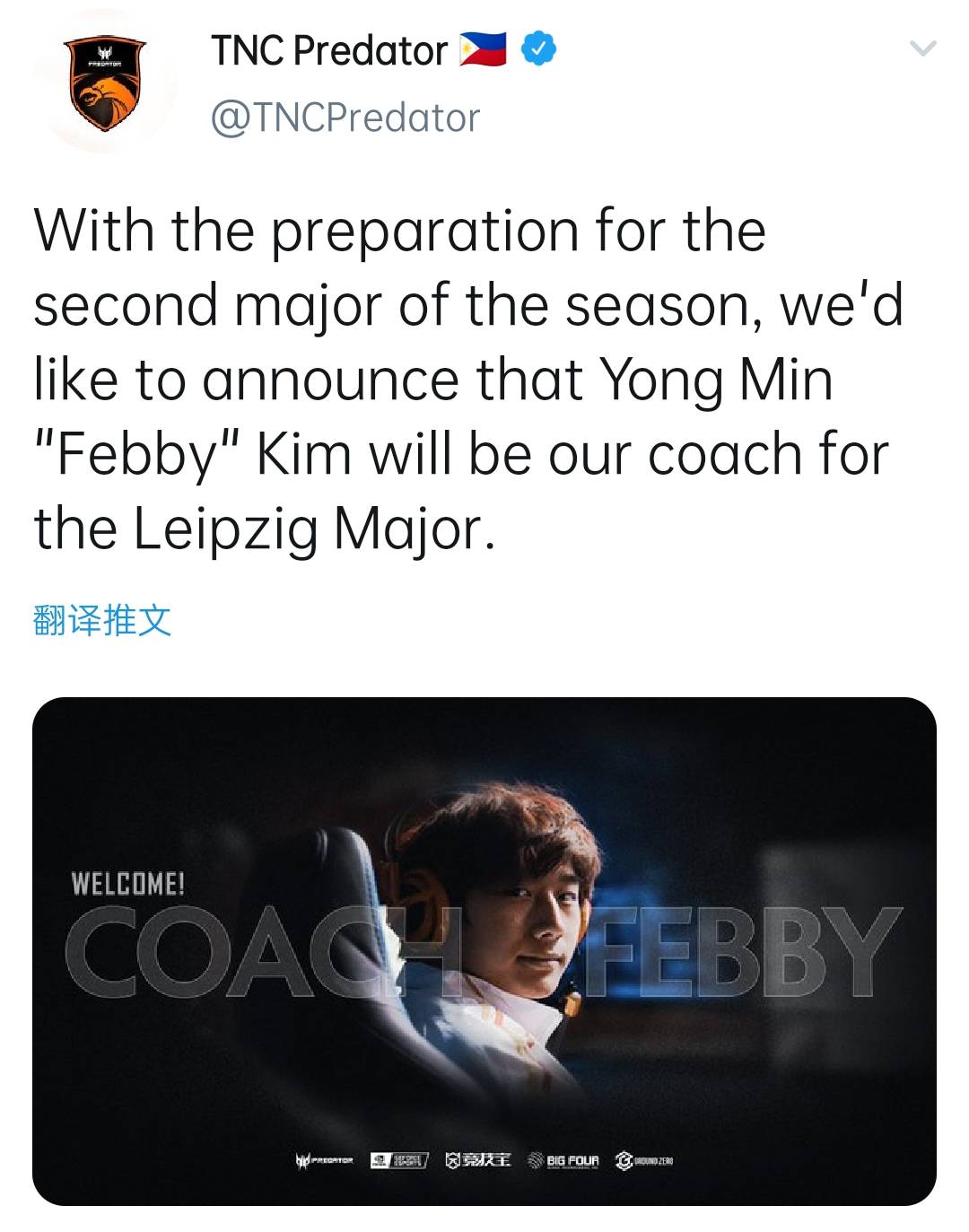 Now, he embarks on a new journey as TNC welcomes him as their new coach. In a tweet made by TNC’s social media pages (https://twitter.com/TNCPredator/status/1217039525093900288?s=19), the organization explained how Febby’s veteran experience can help them.

Aside from that, Febby’s knowledge and expertise will be a valuable addition as he has a history of playing with two of TNC’s current players, March and Kpii.

He played with March back in the MVP.Phoenix days and they played together before TI9 in the SEA Qualifiers under Team Jinesbrus where they almost qualified before being defeated by Mineski.

Before that, Febby and Kpii also played together in Mineski from late 2018 to 2019 before Kpii moved to TNC.

TNC’s new addition is just in time before the Leipzig Major in a few days. Can Febby help them win their second Major of this season? Share your thoughts in the comments and stay tuned for more!

下一篇：Aster’s owner has reached out to Sumail