The first day of the IEM Katowice Europe closed qualifier has been brought to an end, with FaZe and G2 securing the two wins necessary to claim spots at the tournament in Poland.

FaZe kicked off their closed qualifier campaign against ARCY, and struggled on the CT side of Nuke in their first map after the winter break, securing just five rounds. However, they were able to bounce back on the offense and claim the win on their map pick, before displaying a similar T-side on Dust2 to take the series 2-0. Olof "olofmeister" Kajbjer was the standout performer in the match, finishing with a 1.35 rating and 11 first kills. 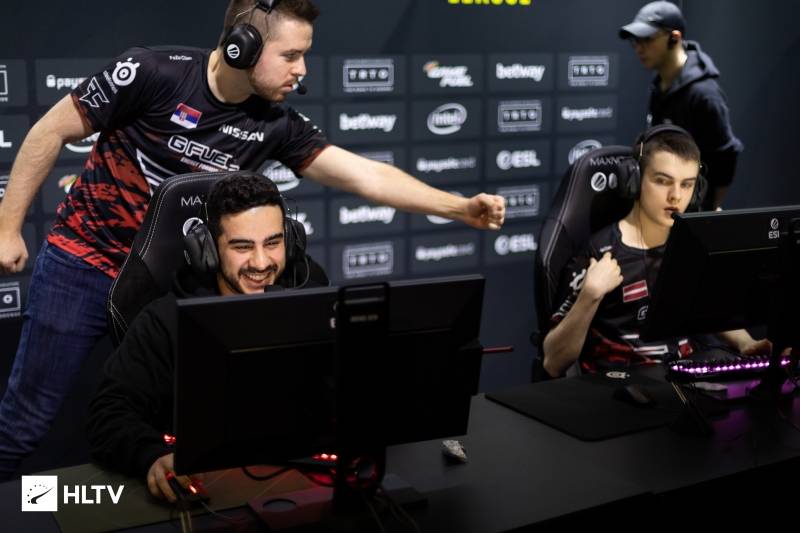 The international roster then faced ENCE, who previously overcame Illuminar 2-1. The series kicked off on Mirage, which went FaZe's way after their first strong CT side in the qualifier (16-10), while ENCE struck back on Dust 2 (16-12), seeing both teams lose their map picks. It was all down to Nuke, where inspired showings from Marcelo "coldzera" David and Nikola "NiKo" Kovač got FaZe over the line, 16-12, securing their spot in Katowice. G2 had to work hard for a 2-1 win over AGO, while MAD Lions overcame Heroic 2-0, adding another Danish scalp to their collection after outclassing North yesterday.

Those results set up a G2 - MAD Lions semi-final, where the Danes edged out Train in Overtime 22-20, while G2 denied the comeback on Dust2 to claim it 16-14. The decider was Nuke, where Nicolai "HUNDEN" Petersen's men ran up a 10-5 lead on the defense thanks to mainly Frederik "acoR" Gyldstrand and Fredrik "roeJ" Jørgensen. The Danes extended the lead with a pistol round win, but G2 replied with a force buy, and that is where MAD Lions' issues started. The French-Serbian roster gained momentum on the defense and completed the comeback to win Nuke 16-13 and the series 2-1. 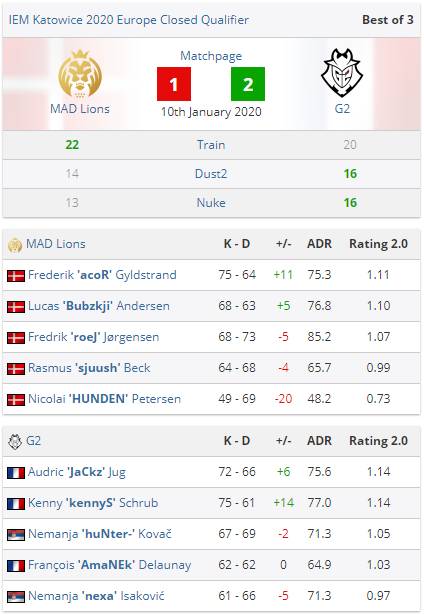 ENCE and MAD Lions still have a chance to claim the last European spot at the $500,000 event tomorrow in the lower-bracket, starting with matches against Polish representatives AGO and Illuminar, respectively.

The team list for IEM Katowice 2020 is now as follows: