Ceb wades into the debate between Dota 2 and League

Ceb wades into the debate between Dota 2 and League 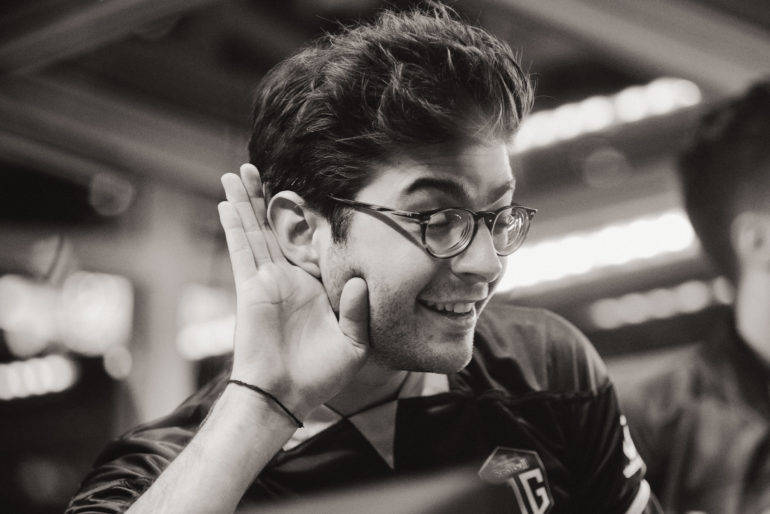 Peng “Doublelift” Yiliang is known for his trash talk, perhaps even more than his prodigious skills. Now, one of Dota 2‘s most prolific trash talkers, two-time The International champion Sébastien “Ceb” Debs, has joined the MOBA debate that Doublift incited with his on-stream comments.

In a minute-long video, Ceb compared the two games to vehicles. Dota 2 is a tricycle, “built with passion” with anybody on it knowing that they are “driving a piece of art”. On the flipside, League is a finely-tuned “bike” geared to the teeth.

Ceb, likely referring to Doublelift’s comments, said that the League bike “beats the tricycle in a six-meter race, which nobody gives a f*** about”.

At the very end, Ceb ends with his personal conclusion about the two games. While there are “people for both”, he prefers the “complexity” of the Dota 2 tricycle as compared to the “safety and comfort” of the League bike, asking League fans to “keep that crappy-ass boring toy for yourself”.

Ceb is part of OG, one of Dota 2‘s most accomplished teams. So far, they are the only organization to win two TIs, equivalent to League‘s Worlds, back-to-back with an unchanged roster.

Even before his recent achievements, Ceb has been one of the most outspoken personalities in the scene. The player has rarely shied away from confrontational words, directing them towards other pros, qualifying tournaments, even Reddit.

It’s little wonder that the forthright Dota 2 pro has come out in defense of the game that he both loves and dominates. While Ceb and OG have not played an official Dota Pro Circuit tournament yet this season, fans will certainly be waiting to see what new tricks the European powerhouse can pull off.

Johan “N0tail” Sundstein, OG’s captain, has previously added his own thoughts to the debate. N0tail said that Ceb and himself should meet up with other League pros and have an in-depth discussion about the differences between the games.

While Dota 2 and League belong in the same genre, the games are vastly different especially at the highest level of competition. Deaths in League are always punished heavily, no matter the role or context. Deaths in Dota 2 are mitigated by the existence of buybacks, which allows players to come back to life in exchange for hard-earned gold, and can actually be beneficial for your team when it comes to creating space.

下一篇：What FNG from Gambit has to say about SEA pubs.