EG back to full strength as Brehze's visa issues are cleared

EG back to full strength as Brehze's visa issues are cleared

Vincent "Brehze" Cayonte will feature for Evil Geniuses in Thursday's group decider at EPICENTER 2019 after his visa problems were resolved, it has been announced.

The 21-year-old sat out of EG's first two matches in Moscow and his availability for the next match had been thrown into doubt by Ethan "Ethan" Arnold in an interview with HLTV.org.

The news comes as a much-needed boost for the North American team, who will fight for the second place in the group against the winner of the CIS derby between forZe and Virtus.pro. EG will not be eliminated from the tournament even in the event of a defeat as three teams per group will advance to the single-elimination bracket. 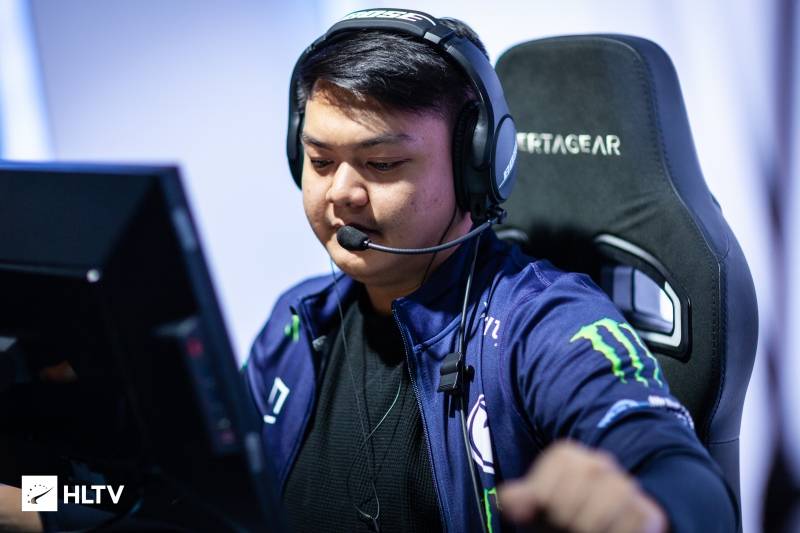 Brehze has been Evil Geniuses' top performer at Big Events this year, with an average 1.14 rating. In his absence, the team fielded HellRaisers' Igor "crush" Shevchenko as a stand-in, beating forZe 2-0 and losing to mousesports by the same scoreline. 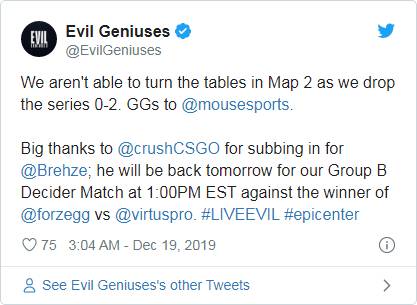 下一篇：mousesports move on to EPICENTER semis over Evil Geniuses