Vitality have parted ways with Nathan "NBK-" Schmitt, the organization announced on Twitter.

The news comes the day after North confirmed the sale of Valdemar "valde" Bjørn Vangså to an unnamed team amidst reports of a new lineup being formed under Dota 2 brand OG featuring the Frenchman, Aleksi "Aleksib" Virolainen, Issa "ISSAA" Murad, and Mateusz "mantuu" Wilczewski.

NBK- had been a part of Vitality since the organization's entrance into CS:GO in October 2018 with a then-all-new squad formed around Mathieu "ZywOo" Herbaut, with the 25-year-old playing in the active lineup for most of the following year until he was replaced by Richard "shox" Papillon in September. 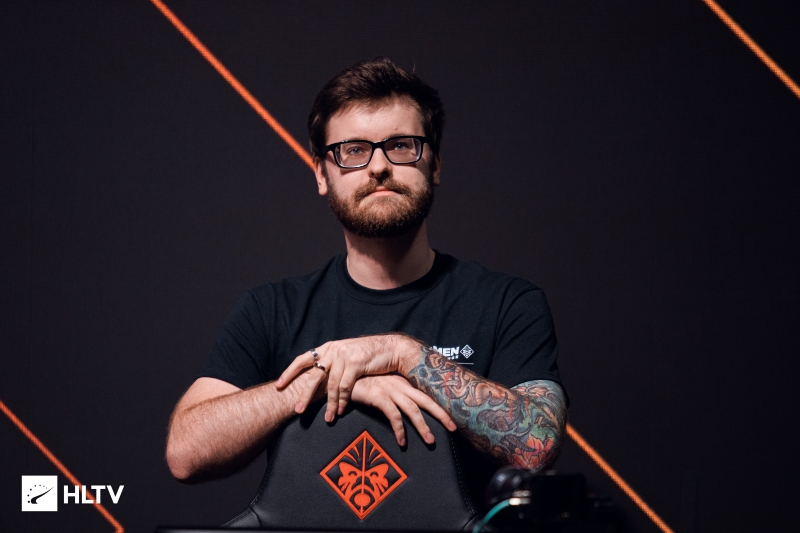 Fulfilling the role of the captain and, at times, the in-game leader, NBK- helped the French side explode onto the scene in the first half of 2019 with wins at cs_summit 4 and ECS Season 7 Finals, as well as a runner-up finish at ESL One Cologne.

Vitality peaked at No.2 in the world ranking for the majority of a two-month period after their campaign in Cologne, but more recently they dropped out of the top five for the first time since May following up-and-down results with the new lineup. 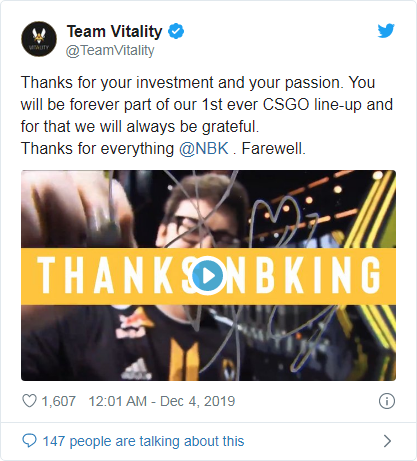