Nicolai "device" Reedtz has been named the Most Valuable Player (MVP) of ECS Season 8 Finals by HLTV.org and betway.

The eighth season saw the Dane earn his fourth MVP award from the FACEIT-organized tournament series, after he had led his team to three other titles in the second, fifth, and sixth season.

In Dallas, despite an unremarkable start device was once again an important factor across all of Astralis' wins that led them to the title, with great series against fnatic and Evil Geniuses pushing them to the grand final against Liquid, which he helped lock down with a decisive performance on the third map, Dust2. 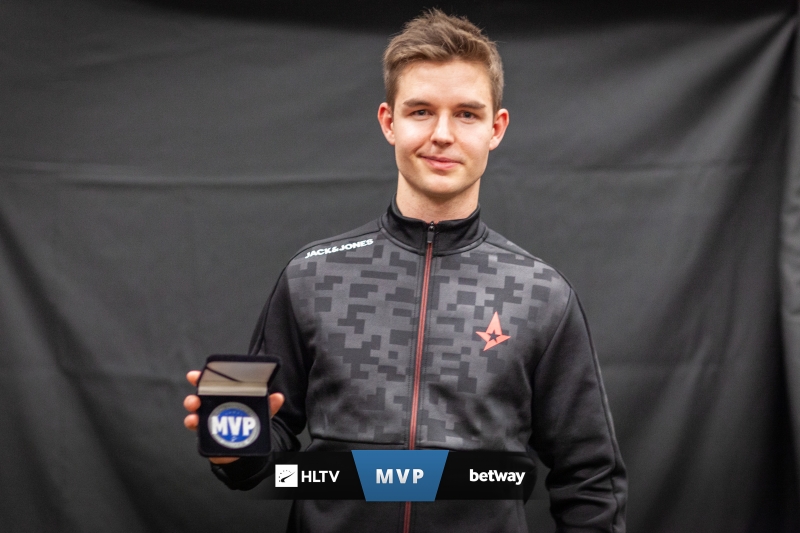 With that, the 24-year-old beat teammates Emil "Magisk" Reif and Lukas "gla1ve" Rossander as well as two of his opponents from the title decider, Keith "NAF" Markovic and Jonathan "EliGE" Jablonowski, to the award, clinching his third of 2019.

device now has a total of 15 MVP awards to his name, the most out of any player by far, extending his lead over Christopher "GeT_RiGhT" Alesund and Kenny "kennyS" Schrub, who have ten each. 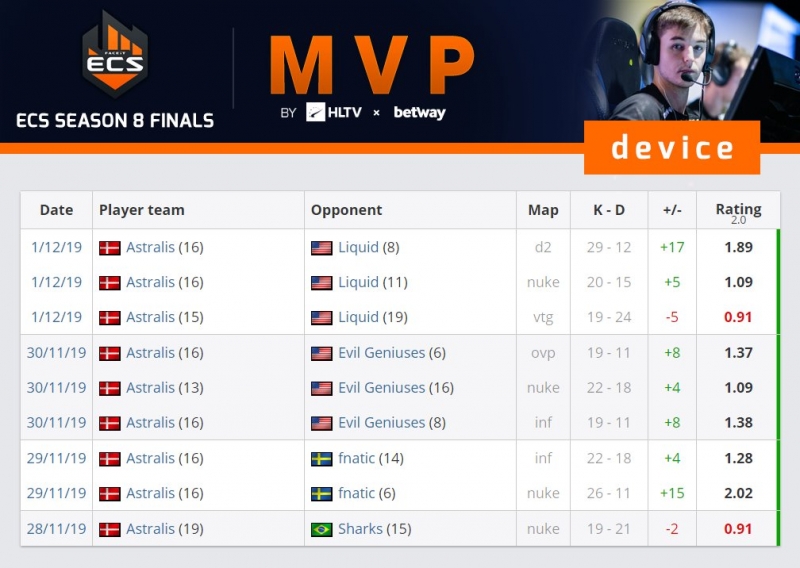