How broken can a game be, to be considered unplayable? Well, the Outlanders update sure brought the DOTA2 community a lot of new mechanics and changes. Most are fun, at least for those who are benefiting from it but some are still just ridiculous. After the most recent patch, 7.23b, it seems like a screw went loose in the DOTA2 game. That is the case of Octarine Core and cooldowns this time.

As we know, Octarine Core is the only item which reduces the cooldown of skills and items in the game. With exceptions such as specific hero talents, heroes with low-cooldown skills, often pick it up as it also provide spell lifesteal.

But after that patch, Octarine Cores suddenly became stackable…*internal screaming* 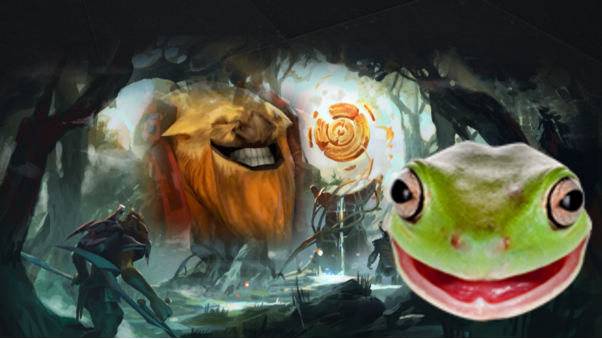 One of the best heroes that come to mind is of course, you guessed it, Puck. Having one of the most powerful normal skill that lets you become invulnerable, not targetable and just out of the game for a moment, if ever the skill gets lower cooldown, be it from Arcane rune or Octarine Core, it would just make her even more impossible to kill.

However, what happens when your Puck has not one but two Octarine Cores? In the clip below, Puck could literally stay in its “phase shift” form forever. All you need is 2 Octarine Cores and Puck has officially become impossible to touch, let alone kill it. Not even a Song of the Siren ultimate by Naga Siren can catch the elusive Puck off-guard as the player spams the skill.

On top of that, Puck also has level 25 talent, that lets him do multi-shot auto-attacks which occasionally manage to land some while he’s spamming his skill. It was even enough to destroy the enemy barracks as the enemy team watched helplessly as their buildings get destroyed by nothing. 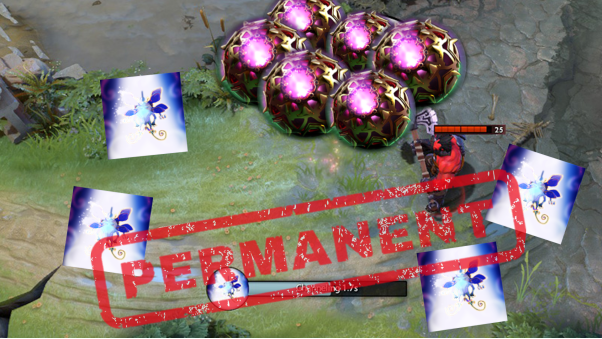 Chapter 3: You Only Live Once.

Another hero that come to mind with the phrase “immortal” is Skeleton King himself. In this clip by Reddit user, Estee77, Wraith King with 6 Octarine Cores, reduces his ultimate cooldown to only 6 seconds.

However, that would have been long enough for the Ancient to kill him before that, at least in the Demo. To fix that, all Wraith King needs is a Aghanim’s Scepter buff to allow him to remain in that “dead form”. In fact, you really only need 4 Octarine cores to pull this stun off.

Besides Octarine Core, the other item, though a little unconventional to obtain in a game, is the Spell Prism. Known for its notoriously high cooldown reduction, Spell Prism has been nerfed in the most recent patch to make games not so broken (though it still is very much broken).

Spell Prism now provides 20% cooldown reduction, which is very good for heroes with spammable skills. However, it is a tier-4 Neutral Item, which can only be obtained after 35 minutes. Not to mention that there’s a total of 12 tier-4 items, so you are not guaranteed to be able to get the item.

While several players managed to abuse this bug since yesterday, it has finally been fixed but the damage has already been done such as the victims of this bug, losing a decent amount of MMR, enough to make them post on Reddit about the game-breaking bug.

That said, it’s only just days after the Outlanders update dropped, so stay tuned as it’s only a matter of time before we find even more insane bugs that fortunate players will get to abuse.

下一篇：March: TNC have what it takes to overcome every foe