Shahzeb "ShahZaM" Khan revealed that he is no longer tied to Complexity and is looking to get back into action as soon as possible.

Following a short stay in OpTic, the American player joined Complexity in April of 2018 and spent a year-and-a-half representing the organization. During ShahZaM's tenure with the team, Complexity's best achievement was a 5th-8th finish at the FACEIT London Major, after which the AWPer opened up about low points of his career and explained what kept him going. 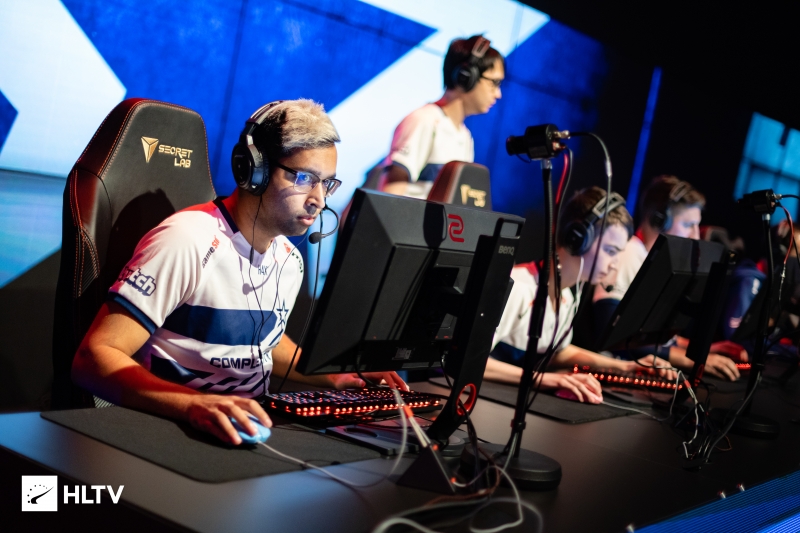 Throughout Complexity's underwhelming 2019, ShahZaM averaged a 1.06 rating (1.01 on LAN), with his best LAN event being the ECS Season 7 Finals in May (1.15 rating). ShahZaM ended up benched in October as the team looked to upgrade in the sniping department, eventually signing the Bulgarian talent Valentin "poizon" Vasilev.

As he is no longer contracted to Complexity, ShahZaM announced that he is open to offers and that he is "looking to waste no time getting back in the server". 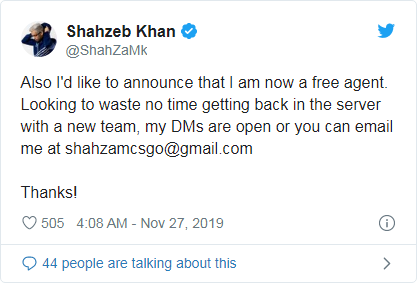