The European mixture has claimed the final spot at the tournament after fnatic decided to skip the event in order to get some rest and recharge their batteries for 2020.

This will be the first-ever EPICENTER event for mousesports, who had finished runners-up to Heroic in the European closed qualifier. The team's confidence is sky-high at the moment after they won the CS:GO Asia Championships last weekend, lifting their first trophy since DreamHack Open Tours. 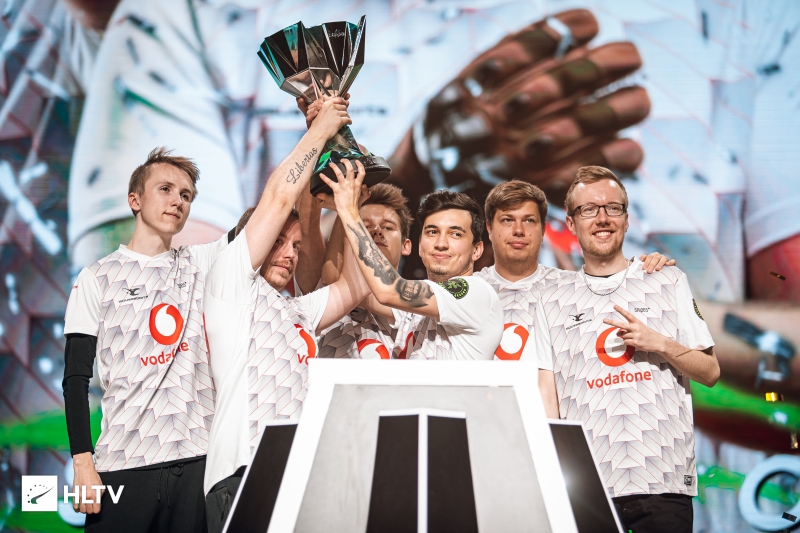 In an interview with HLTV.org after the victory, tournament MVP Özgür "woxic" Eker stated that his team were hoping to end the year in the top five in the rankings. mousesports jumped four places to eighth in Monday's ranking update and will have two more events, the ESL Pro League Season 10 Finals and cs_summit 5, before flying out to Moscow for EPICENTER.

The Russian event will take place from December 17-22 at the Crocus Expo Hall, with $500,000 on offer. With this change, the list of participants looks as follows: 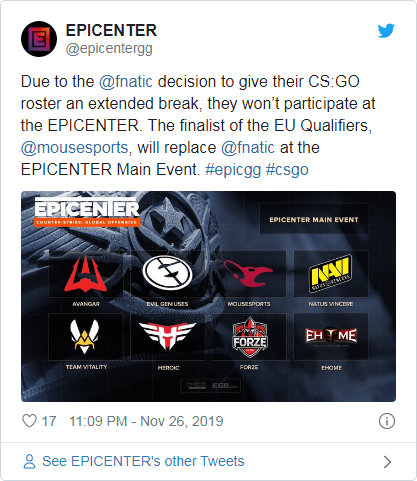 下一篇：fnatic pull out of EPICENTER