Özgür "woxic" Eker has been awarded his career-first Most Valuable Player award by HLTV.org and betway for his efforts at CS:GO Asia Championships.

The Turkish AWPer led mousesports to this iteration's most prestigious title, making it this lineup's third tournament victory overall after DreamHack Open Tours and the Europe Minor ahead of StarLadder Major.

Ranked fifth-highest overall and his team's best in rating at CS:GO Asia Championships, woxic had a positive influence over each of his team's victories throughout the Chinese events with 1.00+ ratings in all nine and was an instrumental factor in most of them with at least one key performance every step of the way as mousesports rallied to their first trophy in four months. 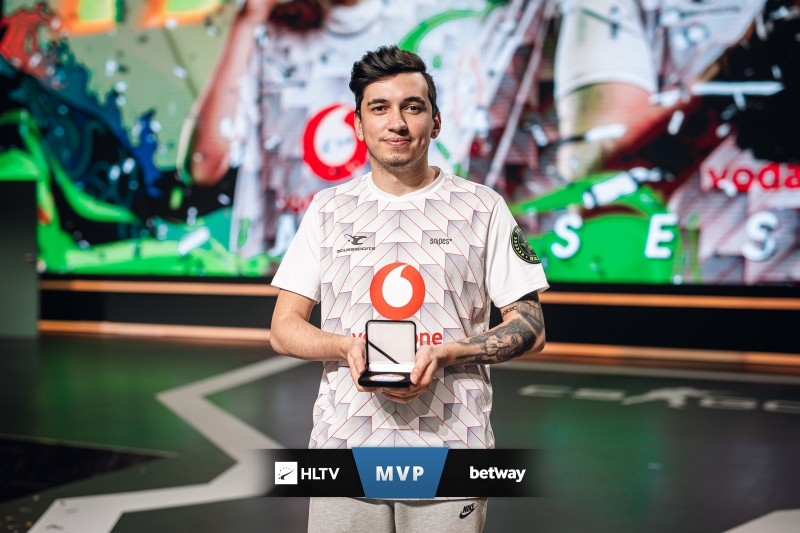 Thanks to his efforts, the 21-year-old appears in a number of leaderboards at the $500,000 tournament aside from overall rating as the fifth-best fragger (0.73 KPR) and the second-hardest player to kill (0.57 DPR) to name but a few.

But perhaps the most apparent way he made his impact known was through clutching with a total of seven 1vXs — second only to his teammate Robin "ropz" Kool —, four of which he won while leading mousesports to their crucial comeback against TYLOO (three 1v3s and a 1v2) in the semi-finals. 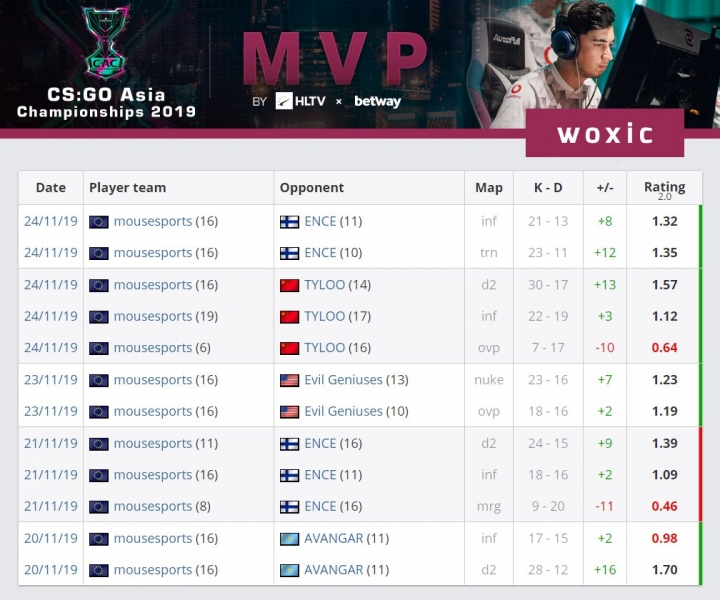