The final day at Chengdu major has concluded with the SEA team taking the first major victory since forever. In fact, this is the first time a SEA team won a major championship since the introduction of DPC.

With that, the rewards for winning the major is so great that TNC is guaranteed to get a direct invite to the International 2020 next year. While the team enjoys their well-deserved win, let’s take a look at how their final day run ended with their victory. TNC starts the day off with a semi-finals series against the minor champion, Invictus Gaming. After IG defeated the favourites, Evil Geniuses yesterday, the expectations on IG are much greater than usual.

In game 1, IG somehow forgotten about the notorious Earthshaker plus Morphling combo. Giving it away to TNC in the first 2 picks. Just when the viewers thought that they had a plan in mind to counter the combo, the truth is they do not. Although IG did a decent work of keeping up with TNC’s pace, it just wasn’t enough to deal with Gabbi’s Morphling who went first item Scepter.

Heading into game 2, surprisingly, TNC did not went for the combo again despite IG not banning any of those heroes. Instead, TNC picks Outworld Devourer for a change while IG gets Morphling as last pick, without Earthshaker though. The game was even more one-sided as Armel’s OD just keeps throwing those auto-attacks on IG, making it a nightmare to play against.

Just like that, TNC.Predator secures themselves a ticket to the Grand Finals for a rematch against VG. 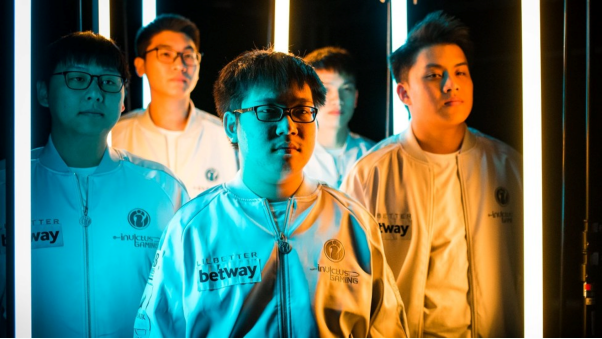 In the grand finals, Vici Gaming who previously defeated TNC 2-0 in the upper brackets, head into the finals with confidence. However, it seems like Vici Gaming’s second-place curse is still lingering around like an old friend behind you (turn around and see what’s behind).

Jokes aside, TNC starts off the series with an insane performance by Armel’s Outworld Devourer. TNC once again went for an almost impossible to lose draft, having what I could tell, the most durable teamfight potential ever. Having tanky heroes such as Legion Commander, Undying and also Chaos Knight, makes it so difficult for VG to even fight them, due to the lack of burst damage from VG, except having Templar Assassin. Thus, game 1 goes in favour of TNC.

Keeping the momentum going, TNC continues their winning streak with the cheesy Morphling plus Earthshaker combo in the second game. It seems like the Chinese teams has consistently banned 2 heroes, which are Chen and Night Stalker, leaving the sweet combo for anyone daring to use it. VG responds to the first pick Earthshaker, with their Magnus plus Phantom Assassin combo. However, it just wasn’t enough to counter TNC.

Before we cry “meta abuse”, let’s also give Tims some credit as his signature hero is Earthshaker. Being one of the best ES players in the pro scene, he deserves much more acknowledgement for his plays. 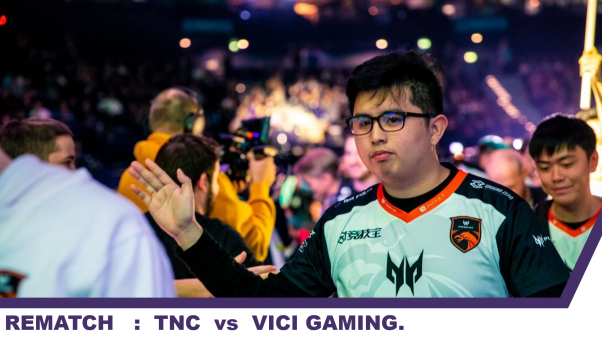 In game 3, VG had enough of fooling around and first-picked the hero they banned every game, Night Stalker. However, alongside are various strong teamfight heroes such as Timbersaw, KOTL, Kunkka and Pangolier.

They were able to gain momentum with Paparazi plying Night Stalker as the hard carry, so early Scepter, leads to faster farming due to its AOE Void (Q skill). VG was able to catch TNC’s Alchemist various times, killing him before he can snowball into an overpowered carry.

Heading into the final game, TNC once again managed to get their hands on that combo. However, this time VG had a better start in shutting down TNC. It was all great till midgame, with 11K gold lead in favour of VG. However, VG just couldn’t close the game. As the game drags on to late game (over 1 hour), VG find themselves unable to defeat TNC anymore, with TNC’s combo going online and the perma-stuns on VG heroes spell the loss of VG, the favourites.

With a score of 3-1, TNC.Predator claims their first ever major victory with their new multinational roster. The team has now take the first spot in the DPC rankings, making them the first team to secure TI10 tickets.

While it’s not confirmed, it’s pretty much impossible to not secure top 12 after winning a major, right? Till then, TNC can be proud of their achievement which landed them a spot in the largest eSports tournament of the era. Stay tuned as the Outlanders update falls upon us this Tuesday!