MIBR come back against AVANGAR to advance to semi-finals

MIBR earned a hard-fought victory over AVANGAR to kick off the playoffs of the CS:GO Asia Championships, setting up a semi-final bout against ENCE.

The return of Sanjar "SANJI" Kuliev, who had missed the group stage of CAC 2019 as he waited for his passport to return from an application for a visa to the United States, was a much needed boon for AVANGAR heading into the first playoff series in Shanghai. Their group stage results had seen them fall 0-2 to mousesports before narrowly surviving a three-map scare against ViCi, featuring Rustem "mou" Telepov as a stand-in.

SANJI's return was not enough for AVANGAR to prevail over MIBR, however, as after outpacing the Brazilians on Mirage, they were unable to close out two 11-4 halftime leads on Train and Dust2 as MIBR turned the tides twice. Having earned a well-fought 2-1 series victory, MIBR will now look to prepare for their semi-final bout against ENCE.

AVANGAR kicked off their pick of Mirage by recovering a 2vs4 situation on their T pistol, converting the ensuing round against an eco for a 2-0 start. Double kills from Epitacio "TACO" de Melo and Vito "kNgV-" Giuseppe put MIBR on the board, with the Brazilians adding another two to their tally before AVANGAR managed to buy once again. The tables quickly turned once AVANGAR had rifles in their hands, seeing Timur "buster" Tulepov and company continue to find openings in MIBR's defense to run up a a three-round lead by halftime. 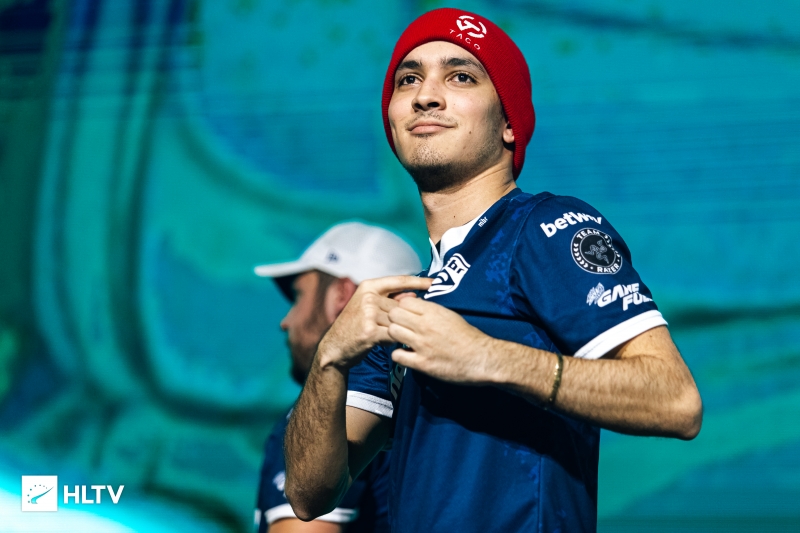 A force-buy helped MIBR answer AVANGAR's second pistol round victory with a three-round spree, leaving the Kazakhstani side ahead by one, 10-9. MIBR seemed set to tie up the match in round 20, but a triple kill from buster enabled a retake for AVANGAR, with Dauren "AdreN" Kystaubayev following up with four frags in the next round to shatter MIBR's economy and close out the map 16-9.

MIBR's situation did not improve at the onset of Train, managing their first pistol win only to be immediately reset by a force-buy from AVANGAR. Alexey "qikert" Golubev and company maintained control for the majority of their defensive effort from there, allowing them a command 11-4 lead heading into the side swap.

The CT side was where MIBR stabilized, powered by a stellar individual effort from TACO. Six multi-kills from the player helped MIBR secure nine rounds in a row before AVANGAR broke the streak with their first of the half, only for kNgV- to step up with an AWP quad kill and keep his team in control to close out the map 16-12.

AVANGAR remained composed in spite of the Train loss, coming out the stronger side as Dust2 got underway for a 5-0 lead. MIBR were able to battle back for four rounds, but AVANGAR continued to crack open bombsites to pull ahead 11-4 once again at the end of the half.

Yet another pistol victory for AVANGAR put them even closer to a series victory at 12-4. The pressure was all on MIBR, who gave AVANGAR flashbacks of the second half of Train as they began to tear apart the defense, eventually bringing the score even at 13-13. A back-and-forth battle at the end of the half led to an overtime bout between the two teams, and it was there that MIBR reigned supreme as they shut down AVANGAR to take a 19-15 win.