We start off the 7th day of Chengdu major, with the remaining 8 teams fighting for the top 8 spot. Beginning with the El Clásico between the former (now Team Liquid) and present Alliance. After the Dream League S11, ending with Alliance taking the victory over Liquid, many fans and viewers have begin making a meme out of Team Liquid, for purchasing the former Alliance roster but since they were not performing well in the Dream League and ESL ONE Hamburg, it seemed like a bad purchase. Thus, no refunds.

Anyways, it seems like Team Liquid is finally getting into shape that they were supposed to be since TI9. There was no competition at all, Team Liquid absolutely crushed Alliance in both games with such incredible difference. It seems like first-picking Void to avoid NikoBaby from having it, is all they needed to end Alliance’s stronghold.

Team Liquid was fortunately enough to get both first picks, leaving no chance for NikoBaby to get his finest heroes. Talk about getting countered! Besides the outdraft, props to Boxi on his offlane where he often played really well and not feeding like other offlaners in the major. With that, Team Liquid moves on to the quarterfinals to face Evil Geniuses. 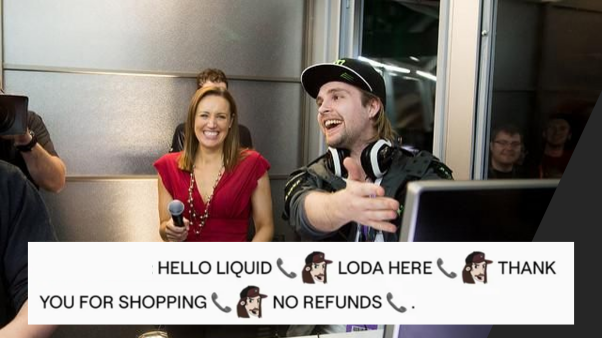 Chapter 2: Yet a Battle among Champions.

Facing Evil Geniuses, who used to be a TI5 Champion, at least just the team name, Liquid find themselves unable to overwhelm the new EG roster. It felt like the tides have turned against Team Liquid, with them looking like the scrubs in the series against EG.

Anyways, looking at game 1, EG gives Arteezy the Night Stalker as the hard carry. While it might not be conventional, it definitely is a very strong farming hero right now, especially if you rush Aghanim’s Scepter, which gives him the AOE effect on his Q skill, Void. And he also rushed Blink dagger next.

With that, you probably can tell how useful this draft has become. Team Liquid decides to pick Enigma, so Night Stalker with Blink is an absolute counter to the Blackhole, thanks to the silence from Crippling Fear. Besides that, EG made sure to have enough long-ranged disables to screw up Liquid’s teamfight combo with the support duos, KOTL and Disruptor. Chapter 3: The End of Liquid.

Heading into the second game, we see once again, meta abuse from the boys over at EG. First pick Void is their calling and I am surprised Liquid did not ban it. Instead, they first-banned Night Stalker, due to the trauma they had from losing to it last game.

However, Arteezy is not a hero spammer like NikoBaby, thus Liquid is out of luck this time! Arteezy goes 19-1 on his Void, showcasing what horrors a Void can exhibit when played by the right user and Arteezy is certainly the right user. Of course, shoutout to EE-sama too because he’s a very proficient Void player.

Anyways, back to the game, EG went for a all-out defensive draft, from Lich (has Frost Armor) to Omniknight (literally every skill makes you tanky) and even Kunkka (of course, Boat buff is great). This probably explains why EG cores are almost immortal and impossible to kill.

As we bid farewell to the 2 TI Champion teams, we look forward to today’s game where EG will face off for top 4 in Chengdu. Will they secure third place again? Or will the curse finally break due to the new roster? Stay tuned as we head towards the end of Chengdu major.