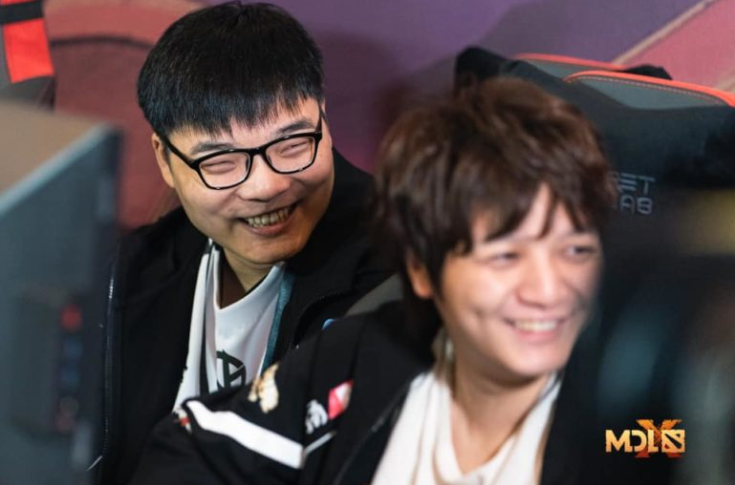 Vici Gaming started off hot at the MDL Chengdu Major and have yet to meet a Dota 2 team that can truly challenge them. Another strong performance against Evil Geniuses today saw the Chinese team make it into the upper bracket finals.

EG had some flashes of greatness, but outside of an impressive game two comeback, Vici never really looked pressured once they found a good pace.

Game one was an absolute slaughter. Zhang “Eurus” Chengjun, formerly known as Paparazi, and Zeng “Ori” Jiaoyang tore apart EG’s lanes and led their team to a dominant 34-11 kill advantage. Even though the game lasted 40 minutes, there was never a chance for Artour “Arteezy” Babaev to get going on Alchemist. Vici completely shut down his support, so there was never going to be an advantage in a teamfight for the North Americans.

The struggles continued for EG early in game two when the team tried to bounce back with a Faceless Void-Ember Spirit front that provided them with a lot of early kill potential. But Vici were prepared. Things stalled early with the Chinese team keeping a slight lead until EG completely overextended in an attempt to capitalize on a secured Ori Kunkka kill.

That mistake saw Vici team wipe the North Americans while only losing Eurus on top of the bait Ori dropped.

But the real strength of EG’s draft lied in the late game and an impressive turn at the 53-minute mark saw Vici get completely crushed in a teamfight, losing everyone but Xiong “Pyw”‘ Jiahan to a backline jump by Arteezy. That quickly spiraled into a push for the throne while Vici could only watch as game two slipped away despite holding a kill advantage.

In the decisive third match, EG put a lot of pressure on Arteezy’s Juggernaut to hold a late draft together, which completely failed since Eurus dominated with Night Stalker.

The Stalker-Razor core was able to take everything EG dished out while Zhou “Yang” Haiyang thrived on Omniknight, setting up 26 assists for his teammates—though most of them went right to Eurus. Another stellar comeback was a far-flung dream for EG. Their plans for the post-40 push were snuffed out by the sheer dominance of Vici.

That 2-1 series win sets Vici up to take on the scorching hot TNC Predator team that’s only dropped a single game this entire tournament. That match will begin at 1:30am CT on Nov. 23.

Meanwhile, EG now await the winner of Alliance and Team Liquid to see if they can survive to fight again in the lower bracket.