It has been a rough losing streak for the boys over at Fighting PandaS. After receiving a massive blow from Vici Gaming in the upper brackets, sending them to the lower bracket, Fighting PandaS, once again gets defeated by the TI9 Infamous roster, playing for beastcoast.

In game 1, the game was fairly even in the laning phase, with Fighting PandaS seemingly able to maintain a decent gold lead, even against an Alchemist. However, EternalEnvy can sometimes be questionable in what he does along with his fellow teammates, such as when he thought that it is a great idea to walk into an enemy of 3, who has stuns, just to deny Aui_2000’s Naga Siren.

The context was that beastcoast was saving the Naga kill for Alchemist, by waiting Alchemist to arrive to the spot to take the last hit but EE was walking there too, with Alchemist, successfully denying Naga but paid with his life instead. Anyways, the game ended after Fighting PandaS falls behind in net worth, even if Bryle’s Outworld Devourer having decent farm.

Heading into game 2, Fighting PandaS picked Bristleback as their pos1 carry, probably as a counter to beastcoast picking offlane Sand King, which can be a pain to deal with. However, beastcoast easily overwhelmed Bristleback by rushing Silver Edge on Wraith King, making Bristleback an easy pick.

Once again, it seems like Fighting PandaS always had to rely on their mid, Bryle, to be the one who scales to late game. However, it wasn’t enough as Bryle alone could not change the tide of the game. Thus, EternalEnvy and the boys’ run ends prematurely despite their unexpected upper bracket placing. 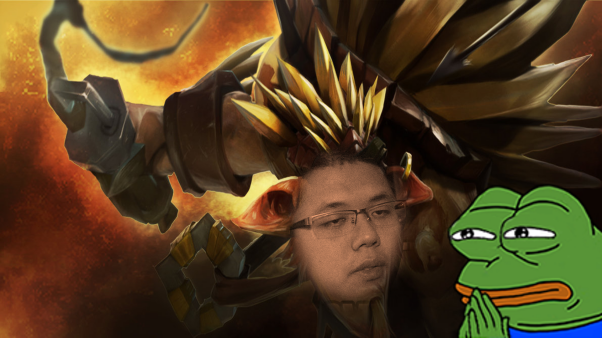 Meanwhile, the SEA powerhouse, Fnatic, faced the minor champion, Invictus Gaming. After losing to EG in the upper bracket, IG was off to a rough game 1 against Fnatic. In the clip, Dj managed to avoid getting killed by Phantom Assassin’s dagger using a smoke and hiding behind fog of war. Not only did he escaped death but it also led to both Magnus and PA dying.

However, the victory was short-lived for Fnatic as IG returns in game 2 with an overwhelming force. IG’s mid, Emo, was just a nuisance for Fnatic as he constantly buys time while catching Fnatic heroes for his team.

Heading into the final deciding game, Fnatic could not fight against IG’s offensive draft. From Storm Spirit to Kunkka, IG’s teamfight potential was far too much for Fnatic to fight against. As Fnatic went for a Spectre pick, late game did not come on time for him to become online. Even if he did, there’s no doubt that IG will be able to deal with it.

Chapter 4: A Break for the Survivors.

We are down to the top 8 in Chengdu major, thus the teams will be taking a day’s break to enjoy the scenery at Chengdu before they return for their run in the major to claim victory in the first ever major of this DPC season.

Stay tuned as the weekend crawls closer for the Chengdu major. Before that, here are some hilarious off-game content by Beyond the Summit, featuring Purge.