No CIS Team in Chengdu major after Day 3?!

No CIS Team in Chengdu major after Day 3?!

Oh the humanity…where in the world is Virtus.pro when the CIS pro scene needed them the most?! We head into the first day of Chengdu major Playoffs, where 4 teams have been eliminated. Both CIS teams, Team Spirit and Gambit Esports, has left the major chatroom after their short-lived best-of-one series in the lower bracket.

That said, the CIS region never really had much growth since 2015 as the only team that has consistently had everyone’s attention is Virtus.pro. Besides VP being the only team that steal the spotlight in every major, there’s literally no other CIS team that could even make it to the top 6, let alone top 3. In the previous DPC season, Virtus.pro was the only CIS team who got direct invite to TI9 due to their spot in the top 12 DPC rankings.

Heading into the new DPC season, the two CIS teams that qualified for the major are Gambit Esports and Team Spirit. While fans are expecting to see the rise of these CIS teams as they attempt to surpass Virtus.pro’s legacy, unfortunately, it was just impossible at this state and time.

Flashbacking to the group stage days ago, both Team Spirit and Gambit took the last place in their respective groups. As they proceed to the playoffs, the first round of lower brackets are unpredictable as one wrong game and you are out of the major.

Looking at ILTW’s team (Team Spirit), they face off against a pretty decent team that has been in the DPC for quite some time. EHOME, consisting of 2 Wings Gaming players who won TI6, are also coached by xiao8, the Newbee player who won TI4. Therefore, losing was almost inevitable for the newbies.

However, we can give Team Spirit some credit for almost making a potential comeback as they managed to teamwipe EHOME once in midgame. But it wasn’t enough to win the series altogether. Chapter 3: Another Loss for FNG.

Meanwhile, Gambit faces off against a pretty hyped team from the East. Team Aster consists of several veterans such as Fade, Sccc and Boboka who are pretty much god-tier players not just in the Chinese pro scene but around the world. Gambit never stood a chance as Sccc’s Void was just too elusive and deadly to deal with. The rest of Team Aster were also enjoying the game as they just stomped through Gambit.

Besides the two CIS teams, team Unknown faces their expected failure as they get outperformed by Fnatic. Team Unknown is one of the underdogs coming into the major and at this point, their strength as a pro team is nothing close to being able to win any major, let alone the minor.

Unlike their SA brethren, beastcoast, formerly TI9 Infamous, executes an insane comeback against Team Adroit. Team Adroit had a deathball pushing line-up, consisting of Chen, Alchemist, Beastmaster and even Ember Spirit is pretty good at split-pushing. This insanely annoying strat allowed Adroit to make space for their Alchemist while keeping beastcoast at bay.

But, despite Adroit’s best efforts, beastcoast somehow managed to begin shutting down Adroit and the comeback begins. Team Unknown can rest easy as the SA hope remains alive with beastcoast in the next series. 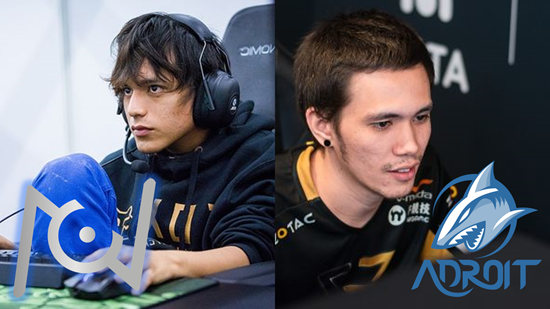 Unfortunately, the Chengdu major has not been very popular among the fans despite it being a major. While various factors may have contributed to this mere 10K viewer count, such as the absence of tier-1 teams like OG or Secret to the stale meta that has not changed since TI9.

That said, ignorning the broken Morphling plus Earthshaker combo, do tune in to watch the stream, especially this weekend as it’s the grand finals but what we are really after is the Outlanders Update that Valve promised to release immediately after the major! Stay tuned.

下一篇：Invite your friends to VPGAME and win Arcana and more rewards!