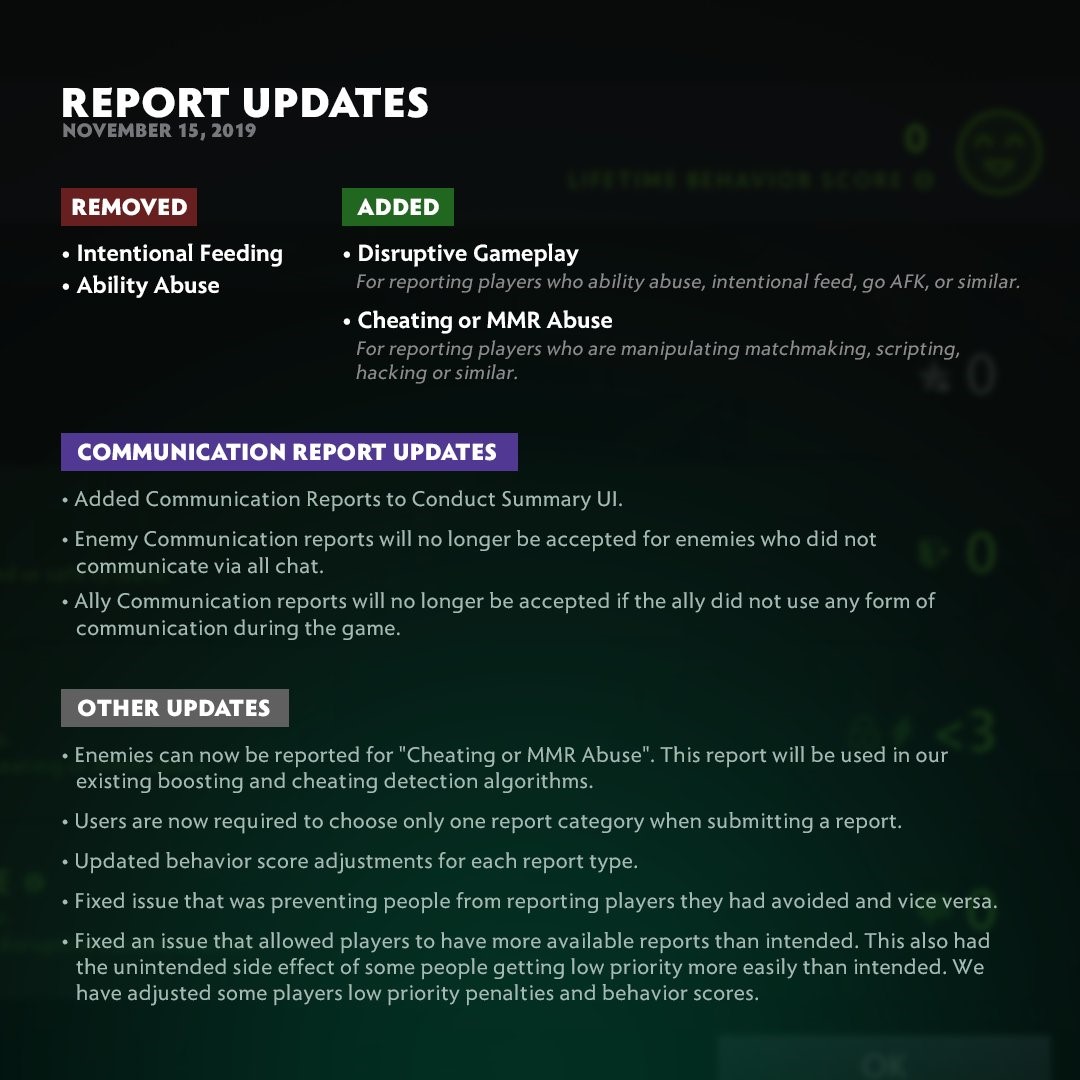 For the reports, they have removed Intentional Feeding and Ability Abuse. Instead, it is now replaced by Disruptive Gameplay, and a Cheating or MMR Abuse option is added to report players who may be scripting, smurfing, or boosting.

Before this update, players can only report enemies for Communication Abuse, but now they can now be reported for Cheating or MMR Abuse. This report will also be used to help the matchmaking’s boosting and cheating detection algorithms.

With this new system, players are now only required to select one report category. They have also added the Communication Reports in the conduct summary as they updated behavior score adjustments for the report types.

Lastly, they have fixed the issue that allowed players to have a greater number of reports. Because of this, they have also adjusted the low priority and behavior score penalties of players who were affected by this issue.

Will this be the end of report abuse? Share your thoughts in the comments and stay tuned for more!

下一篇：Join the Beta Test of “Intelligence”