The European mixture that represented SMASH has found a new home in GODSENT, who have signed their first CS:GO team since merging with The Final Tribe.

Just two months after signing with SMASH, an esports organization founded by DJ's Dimitri Vegas and Like Mike, Mikail "Maikelele" Bill and co. have moved to a new organization, GODSENT. The Swedish organization with a strong fanbase ceased operations in 2018 but announced a comeback earlier this year as they joined forces with The Final Tribe. 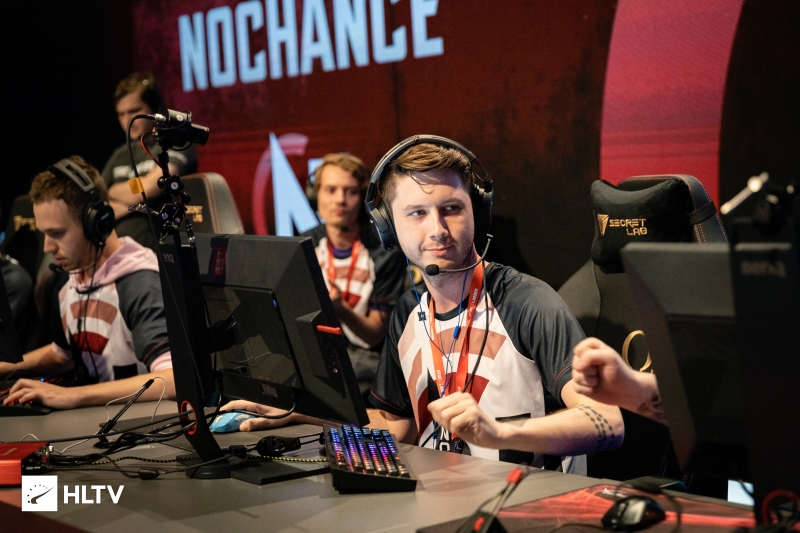 The Kevin "kRYSTAL" Amend-led team had a big drop in the rankings in September, shortly after signing for SMASH and adding Pavle "Maden" Bošković to the roster, but has since climbed back from No.73 to their current position of 32nd. The squad's recent achievements include wins over Spirit, Virtus.pro, and CR4ZY, as well as qualification for WePlay! Forge of Masters S2 Finals LAN, where they will debut under the GODSENT banner on Friday.

In a statement about the signing, team coach Jonatan "Devilwalk" Lundberg stressed that joining GODSENT will allow the team to "finally focus on the things we should be focusing on", hinting at some issues with the SMASH organisation.

"For me, joining GODSENT is being HOMESENT in the best of ways, GODSENT feels like home and we are extremely excited to be working with such a professional organisation," Devilwalk said.

"Ever since we bootcamped prior to the Minor as NoChance we had an awesome experience here with the people that are behind the revival of GODSENT and knew instantly that we would be a good fit for each other.

"We can finally focus on the things we should be focusing on, and that is bringing in results and have continuous development and progress as a team and as individuals."

In a comment for Finnish website yle.fi, Jesse "zehN" Linjala shed more light on the move, explaining that the squad only signed a three-month trial with SMASH and decided to leave after learning that the organization was looking to replace everyone except him and Martin "STYKO" Styk:

"We signed a three-month trial agreement with SMASH because the organization did not have enough sponsors at the beginning to support the team financially," the Finnish player said. "We kind of wanted to show our commitment to the project.

"The owner of the organization suddenly started looking for new players for the team without informing us, and eventually wanted to keep only me and STYKO on the team. At that point, we decided together that a game like this would not go awry and said "no thanks" to the contracts."

On Twitter, STYKO added that the team had no salaries during the trial period: "We decided not to sign 'real' contract for various reasons, namely differences on how team should be run. During this time we did not receive a salary; SMASH needed to find sponsors since they are new to esports." 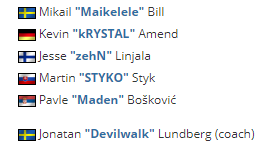