A new Overwatch short story was released today and it stars none other than everyone’s favorite flying doctor, Mercy.

The story is just over 20 pages and it’s told from Mercy’s perspective as she works at an aid camp in Cairo, Egypt. It also features appearances from Soldier: 76 and Ana. 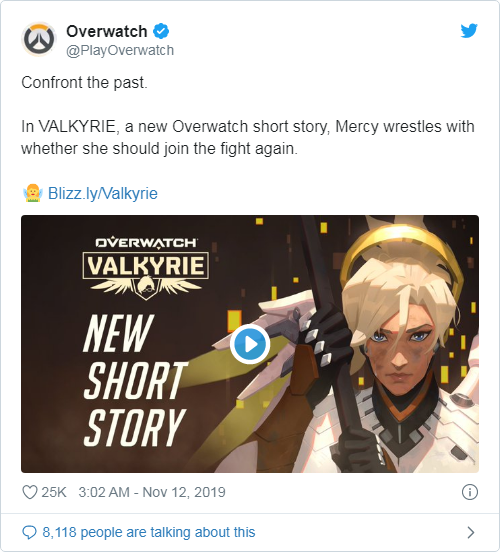 The story takes special significance now after the announcement of Overwatch 2, which will feature a renewed focus on lore and story missions. Mercy can be seen in Valkyrie deciding whether to return to the fight. We know she does, though, thanks to Overwatch 2’s reveal.

We’ll leave the good tidbits of the story for you to read here, but the cherry on top of this sweet piece of lore pie is at the end where Blizzard seemingly teases a new Mercy skin, showing her in casual doctor wear. She’s still got her wings, of course, but Dr. Ziegler has never looked better. 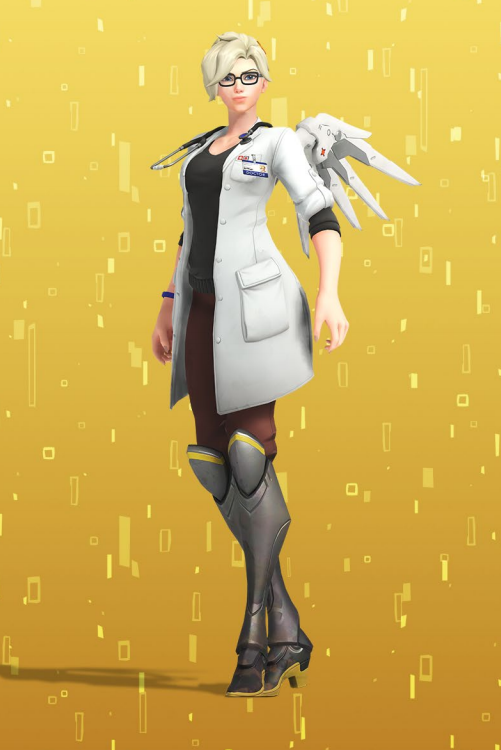 In past events, Blizzard has let players earn new story-related skins with in-game challenges, like for Ana’s Bastet skin after a short story starring her was released.

More information about the potential skin should be released at a later date, but for now, enjoy the new lore and get ready for more Overwatch 2 news in the coming months.