LA TO CHENGDU: Minor Over, Major Next.

LA TO CHENGDU: Minor Over, Major Next.

With the Summit 11 minor coming to an end yesterday, we have got lots of viewers (about 90K peak viewers during the finals) on the hype train heading to the Chengdu major days. And fortunately for us, it’s about to happen this weekend!

Therefore, perhaps it’s time for a good recap (and free content) on the teams participating in one of DPC season’s biggest tournaments. With a MILLION dollars on the line, all sixteen teams are looking to score that huge chunk along with DPC points to secure their spot in the top 12 DPC rankings.

Before that, here’s some bonus content by Beyond the Summit crew and teams! (All credits goes to them) 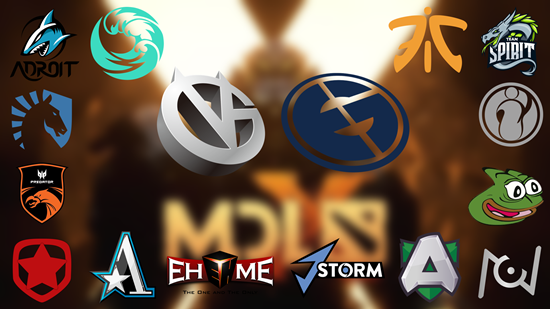 Perhaps it’s an overstatement to say that EU is the strongest region to date. But that does not change the fact that 3 out of the top 4 teams in Tea Eye 9 are EU teams. From team OG (the two-time defending champions) Team Liquid (TI7 Champions) and Team Secret (led by TI1 Champion captain, Puppey).

However, none of these teams or players are even participating in the Chengdu major as TI9 has taken a huge tole on most players physically and mentally. Therefore, while the big boys are on vacation, we have Alliance and Team Liquid.

Starting with Team Liquid, the former glorious roster has left the org, leaving it with only the former TI9 Alliance players. The new squad despite being together for more than 2 years, are performing horribly. So, don’t get your hopes too high for their name…

However, on the other hand, Alliance consisting of a new roster, featuring NikoBaby and former Ninjas in Pyjamas players, are looking way better heading into the season. If a good clutch play is what you desire, then don’t miss any games that NikoBaby plays because he’s definitely a beast!

Next, from the CIS region, we have two teams who has not been in the tier-1 pro scene much but it seems like their time has finally come for them to shine. With the downfall of Virtus.pro, it’s definitely a good change for once to see the other teams representing the region.

Gambit being one of them, is a much-anticipated team to qualify for TI9, but poor FNG’s hopes were crumpled by his former teammate, Afoninje, who ragequitted midgame, causing his team to eventually lose in the group stage. Hopefully, with his new team, FNG can strive and feel motivated for his next goal, TI10.

Then, there’s Team Spirit, led by former OG stand-in, iLTW. To be able to play alongside the TI8 Champions, is definitely an achievement on its own as they acknowledge him as a viable player. Alongside iLTW, are familiar names such as Ghostik, Immersion and Misha, who has been in the pro scene for quite some time. Looking at the teams from China, a whopping 4 teams or 25% of the teams are from China. Some expected names are Vici Gaming and EHOME. But there’s also Team Aster making a comeback after their horrendous past season, even being treated as a meme, where the Chinese community are using Aster as a unit measurement of how strong a team is.

And let’s not forget Invictus Gaming, who went through hell to play in Chengdu. Being considerably new players, IG has proven themselves to be a decent team as they put up an insane sweep against Chaos Esports in the finals. One of their most epic plays featuring Emo on Tiny, with that crazy wombo combo on Chaos. If Sumail gives a shoutout to him on his Twitter, then you better bet that you will see him much more often in the season. 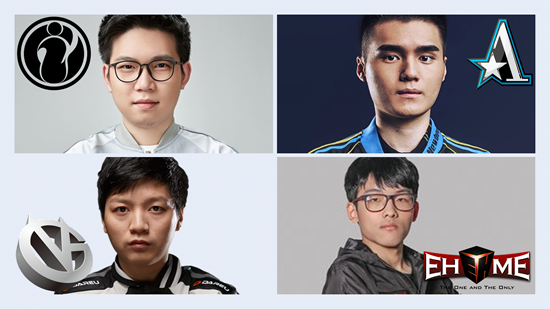 From everyone’s favourite region, SEA comes packing many hyped teams, such as TNC.Predator, with their new addition of kpii and March. The team has delivered a decent performance at least in the Chengdu qualifiers.

Next, Fnatic, featuring various veterans such as iceiceice, Dj, Jabz and Moon, now has just recruited 23savage. The player once played in Team Jinesbrus that almost made it to TI9. Last but not least, Team Adroit with their full Filipino squad takes the final spot in representing SEA in Chengdu.

For the first time in EG history, the team does not have a single player from their TI5-winning roster. While it’s a bitter moment for fans, at the very least, EG still has Arteezy and that’s something all of us should look forward to!

Unlike EG, Fighting PandaS and J.Storm has a TI Champion in them, to guide them to victory. In Fighting PandaS, it’s Aui_2000 along with his former teammate, EE-sama. Then, J.Storm is led by veteran, Fear.

From the other half at south, there’s beastcoast, formerly known as Infamous who won 7th place in TI9, making them one of the strongest teams in the major, just behind EG and VG who scored 5th-6th place.

Lastly, the underdog of the underdogs, Team Unknown, the Peruvian team, makes their first debut in the major and probably the pro scene. Could they potentially deliver some insane series and upset the favourites? We will have to wait till the major kicks off. Stay tuned.