We have witnessed several action-packed and nail-biting matches today from the commencement of the Upper Brackets, Day 3 of the tournament. Along this time is also a team set to go home after dropping and losing their Lower Bracket game; jfshfh178. 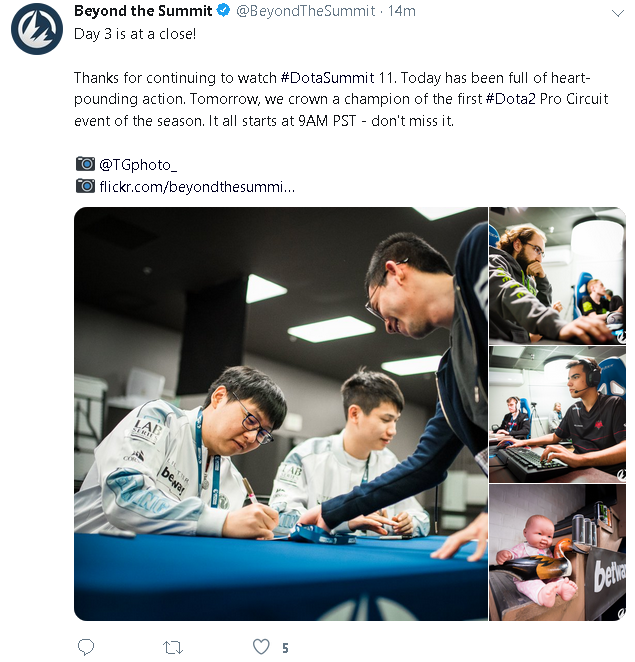 Chaos E.C. eases their way against jfshfh178 not longing even atleast 25 minutes in both of their games, they immediately advance to the next round. Meanwhile in Invictus Gaming vs HellRaisers, was a totally different situation. Both teams standout in their performances to the point that they made the first match last 85 minutes but in the end Invictus Gaming won and the succeeding games is quite draft and mind maze as HR was able to equalize the score to 1-1. Only Invictus Gaming seems to always be a league higher, outplaying after a dominant 3rd game by Emo and flyfly of IG.

After that, IG faced off Chaos E.C. and it looked like a similar sight from the previous game with IG totally outplaying their opponents to sweep them 2-0. They are first grand finalist of the tournament with a guaranteed 2nd place spot. Later in the day, HR sends home.fellow CIS representative jfshfh178 in the Lower Brackets after dominating them 2-1. They will have an opportunity to get a rematch against Invictus Gaming in the Grand Finals if they’re able to take down their next opponent; Chaos E.C. 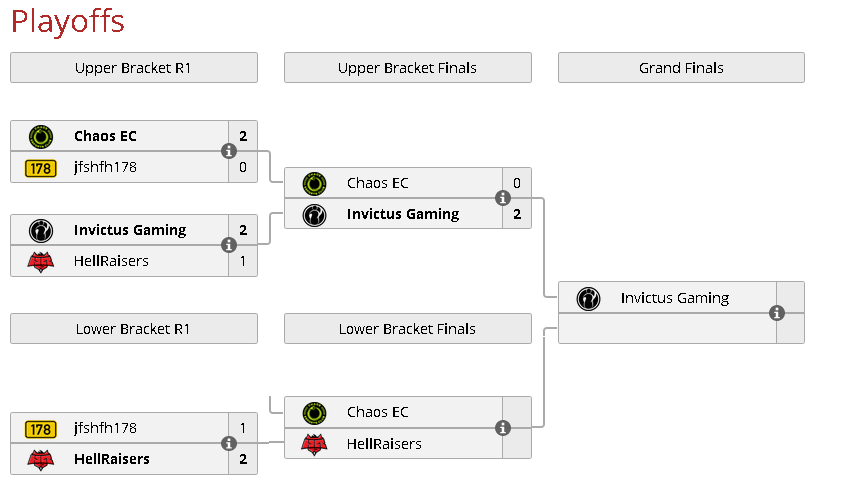 下一篇：HellRaisers down to the Lower Bracket.