Korea’s reign over League of Legends is over

Korea’s reign over League of Legends is over 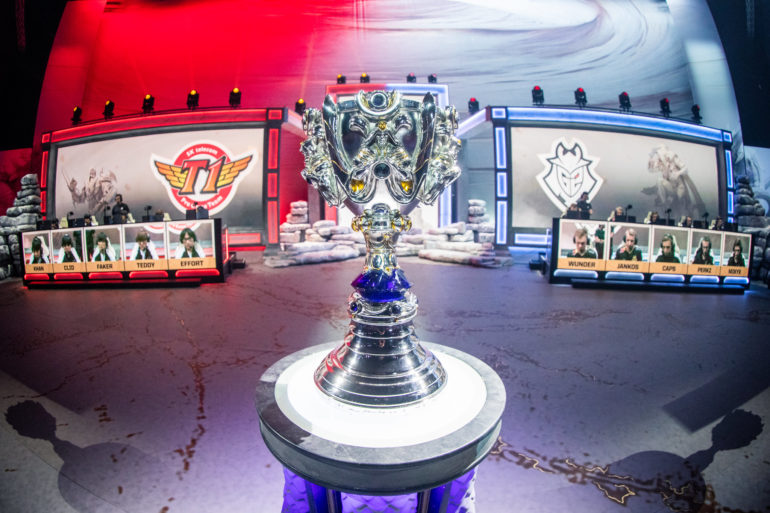 On Nov. 3, what was once unthinkable happened for the second straight year. G2 Esports’ win over SK Telecom T1 in the Worlds semifinals wasn’t entirely unpredictable—in fact, G2 did the same thing at MSI. It’s the broader picture on the strength of regions that’s so shocking.

Instead of facing another LCK team for the championship, G2 will instead go up against an LPL team, FunPlus Phoenix. From 2012 to 2017, the final had always featured at least one Korean squad—most of the time there were two. But in the last two years, no Korean team has made it.

It’s now clear that Korea’s reign over the League world is over. But this actually reflects a tectonic shift in esports that’s been underway for quite some time. 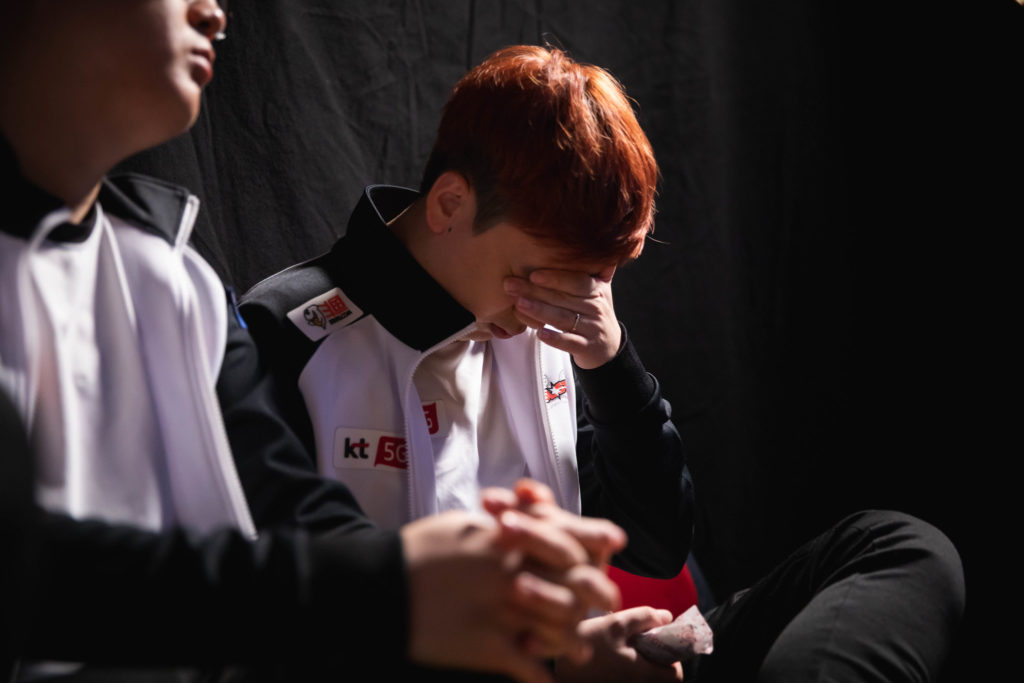 A great shock ensued when the last LCK team was eliminated from Worlds 2018. First, Gen.G, the defending champions, were pushed out in the group stage—a first for a Korean squad. Then, Afreeca Freecs lost to Cloud9 in the quarterfinals, also a first since a Korean team had never been beaten by one from North America in a best-of match. Kt Rolster’s defeat to Invictus Gaming was less surprising, but still, not having even one LCK side in the semifinals was something nearly nobody expected.

Then, hindsight set in. Nobody took Afreeca seriously last year—it took a late playoff push for them to earn third place and a spot behind kt. As for kt, their entire history consists of them failing to win big titles. Those familiar with their history would have gone to Worlds expecting the worst.

Then there was the battle-tested Gen.G. They summoned some truly clutch performances when absolutely required, but they also looked like a shell of the team that won Worlds. Three straight years of long qualifying runs had worn them down and the joy of trying to win for the first time could never be had again. When they whimpered out in the group stage, they didn’t seem anything like the champions of 2017. 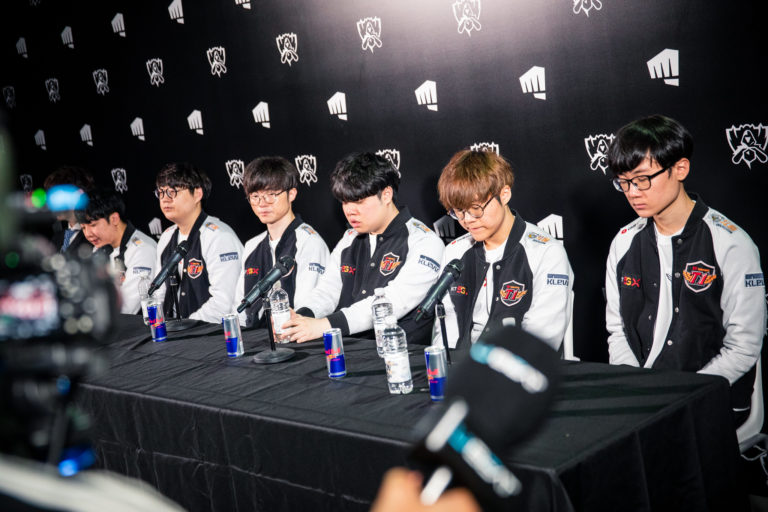 SKT were favorites, but they were never inevitable.

Everything was supposed to be different this year. First of all, we had SKT, the three-time champions, back in the tournament. When we talk about Korea’s dominance at Worlds, we really mean SKT’s. They were playing at an extremely high level and it seemed only one team—G2—could stop them. It’s possible that’s still true and that we just witnessed the real final, just like kt vs. IG last year or SKT vs. ROX in 2016.

The two younger teams, Griffin and Damwon, thoroughly deserved their place at Worlds. Unlike Afreeca, Griffin have been dominating teams for three straight splits back home in the LCK. And Damwon were arguably playing at an even higher level at the end of the year—this was no burnt-out Gen.G team.

But once again, hindsight remains undefeated. Griffin’s strange management and coaching turmoil threw a pall on their Worlds experience, but their bigger issues were ones they carried over from the LCK—namely poor drafts that were conducted with severe tunnel vision.

Damwon acquitted themselves better against G2, but again, the series highlighted issues they faced all year long. Damwon have long papered over weaknesses in the bot lane and inconsistency in the jungle position with insane solo lane skill. But that proved completely ineffective against a G2 side that can play any style while punishing Damwon for their greedier tendencies.

By comparison, SKT’s issues were harder to identify, but they were there. At first, some of their problems with closing out games against RNG and Fnatic could have been attributed to the team trying to win different ways or them being overly cautious. But we expected those issues to be ironed out over the course of the playoffs—the typical SKT Worlds buff.

Instead, against stronger opposition in G2, they folded. The misplays that they fought out of in the group stage turned into G2 victories. After earning only the second seed in their group, it seems like G2 are getting the Worlds buff this time around.

The question that remains, though, is: Can these LCK teams turn it around? 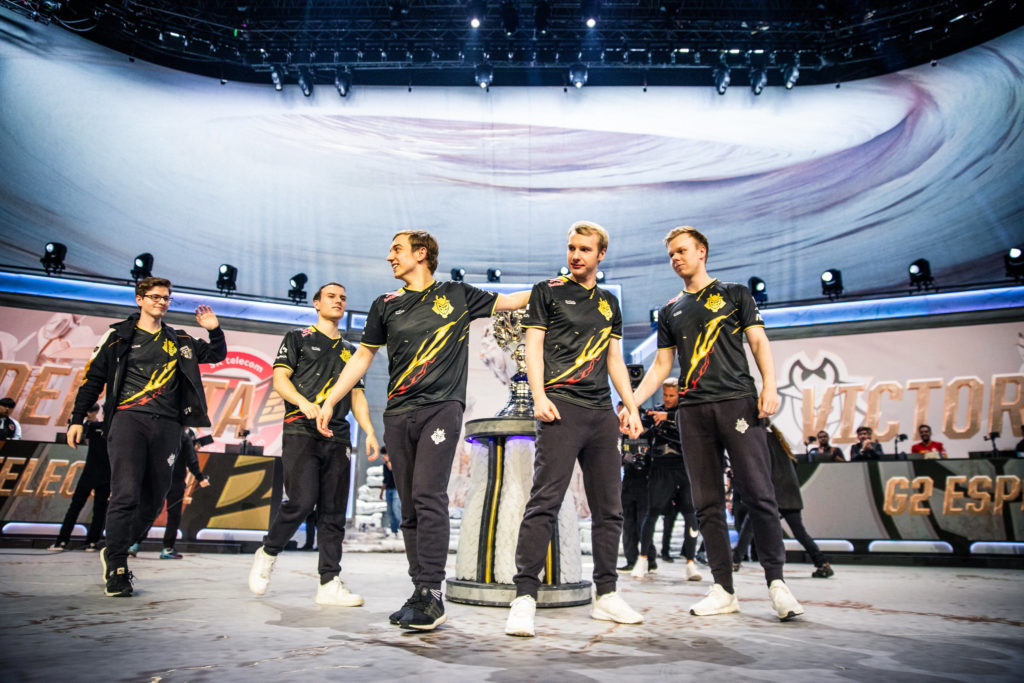 G2, like SKT, can become a dynasty unto themselves.

That question has two answers. The simple one is, of course. SKT, Griffin, and Damwon aren’t bad teams. One can envision a world where the playoff draw happened differently and any one of them is in the final. And fear not—this isn’t a North America situation. Europe and China are leading now, but an LCK team will win Worlds again, most likely sooner than later.

But there’s a deeper question than that. Winning Worlds is one thing—we’re really trying to find out if Korea will be truly dominant again like it was from 2012 to 2017. And the answer to that is a resounding “no.”

This isn’t the Starcraft days during which Koreans were kings for over a decade. Esports isn’t regional like that anymore. It has changed, for the better, and there’s no better example of that than the Korean killers themselves, G2.

The fact that G2 are good isn’t surprising. It’s that this year, they’ve done it with an all-European roster. In fact, on all three LEC Worlds representatives, there isn’t a single import from another region. China still loves its Korean solo laners, but this year, the best player on all three LPL Worlds teams was a homegrown player.

The caveat is that, like peak SKT, G2 are a rare combination of top players—their unique assembly of top-end talent isn’t typical. It’s possible that the reign of the LEC will belong to them alone, like the Korean dynasty was overwhelmingly attributed to SKT. But that’s the point: regions don’t win Worlds. Teams do. 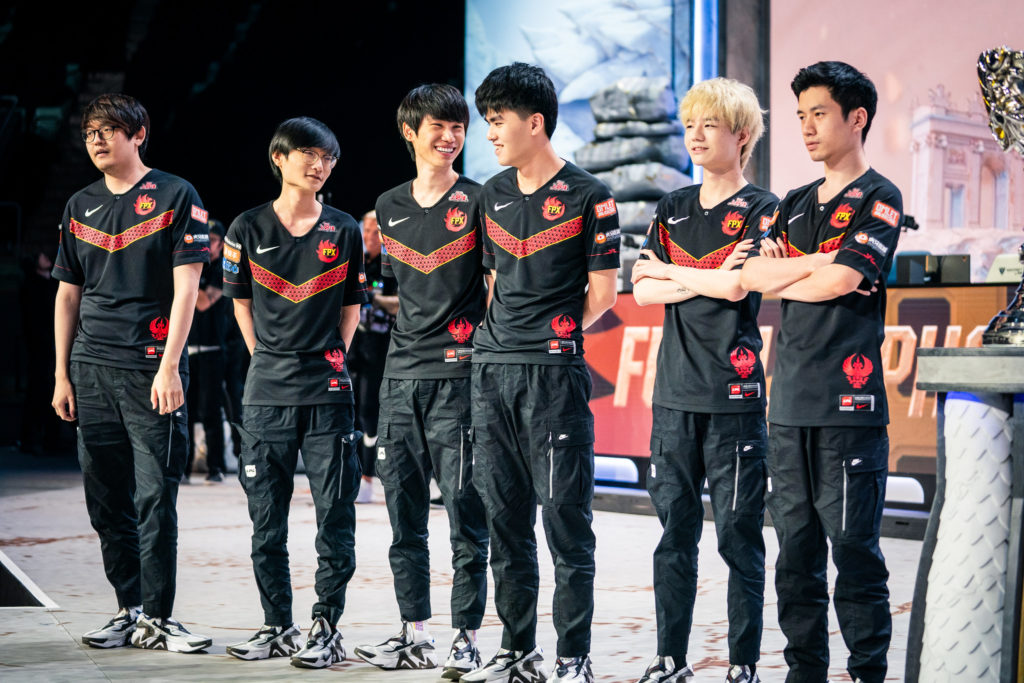 China’s time will come—or maybe it already has.

It’s become clear that the best teams in the world are good because of how they play, not where their players come from. The flags on the players’ Gamepedia profiles don’t determine who’s good anymore. You can’t just rank teams at Worlds based on how many Koreans you see on their rosters.

This is good for the game. It makes Worlds more exciting. And eventually, it’ll be good even for Korea. LCK teams have been historically misunderstood by analysts and casters at these international events, which devalues competition in that region. Now people will be forced to watch the LCK—and really every region—and think hard about the quality of the product they’re seeing.

This type of development was always inevitable. It’s a simple math problem: Europe has as many League players as Korea. The real question is when China will wake up and transform into a monster with the largest player base in the game. It’s a wonder that’s taken so long.

So no, South Korea isn’t the best region in League anymore. Its dominance from 2012 to 2017 was incredible because of its rarity. And its run of owning esports since the very beginning is about to close as well.

All photos via Riot Games.