Right after their victory at ESL One Hamburg, the reigning SEA kings, TNC went to Kuala Lumpur, Malaysia to fight for a spot World Electronic Sports Games World Finals as they are crowned as the WESG SEA Champions after defeating 496 Gaming in a 2-1 Victory this November 3. 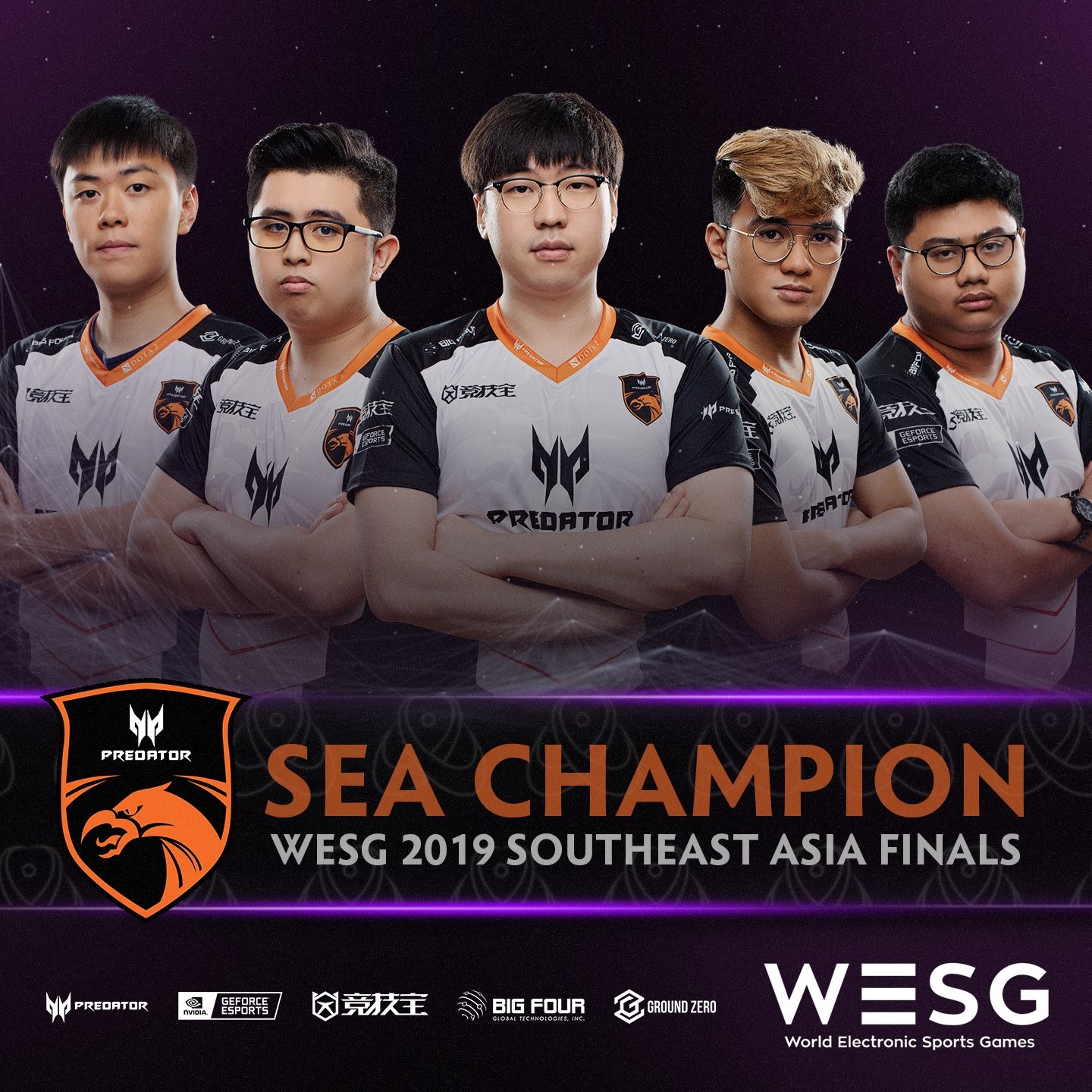 As expected, the Philippines representative dominated their group and faced Myanmar qualifier winner, Team Cyanide. The semi-final battle ended with a 2-0 in favor of TNC where they faced Vietnam representative, 496 Gaming in a Bo3 Finals.

In the early game, the game was just a bit in favor of TNC as most of their cores lead in networth as they go for quick pushes, but 496 just recovers as they managed to contest Roshan themselves and gave the Aegis to 458 who quickly bought back after being picked off by TNC.

However, TNC continued to gank and push with a second Aegis, but Moonlight Shadows from Yasy allowed 496 to bait and initiate. Despite Black Holes from Tims, 496 positioning allowed Viper to free hit TNC, both teams used most of their buybacks, after a teamwipe with diebacks for TNC, 496 went for T4’s and throne as they win the first game at 41 minutes.

Game 2 already had continuous fights in the early game as Armel Templar Assassin, Tims Mirana, March KotL roamed and picked off 496. With great multi-hero Will-o-Wisps of March, TNC easily took down their enemy cores with Gabii Dragon Knight and Kpii Abaddon as they controlled the tempo for the rest of the game as 496 calls gg at 23 minutes with a 23-7 kill score in favor of TNC.

However, the ganking and tankiness of Armel Kunkka backed by Tims Mirana, Kpii Omniknight, and March KotL allowed Gabbi Naga to recover in farm and give TNC the networth lead. However, the plays for Ember Spirit helped 496 take down TNC’s supports and get themselves back in the game after a five for one trade is made in favor of 496.

With BKBs on Ember and Gyro, 496 just created chaos on TNC’s bottom shrine to take another teamwipe and force another buyback. However, a Naga with Manta, Diffusal, and Heart was too tanky for 496 even if they took down TNC’s supports. It was too late until they realized that Armel’s Kunkka is taking them one by one into a rampage.

With their gained momentum, TNC quickly switched to offense as they are now the ones invading 496’s highground and despite defenses from 496, TNC was already too strong behind Armel’s beyond Godlike streak.

After losing all their buybacks, 496 calls gg at 38 minutes to give TNC their second WESG SEA Finals win in a row.

Despite 496 showing their strength and teamplay, TNC continued to prove everyone why they are worthy of the title of SEA Kings as they showed flawless coordination, winning a second Regional Championship.

What do you think of TNC’s performance so far? Can they carry this on to The International next year? Share your thoughts in the comments and stay tuned for more!