Evil Geniuses have been crowned the StarSeries i-League Season 8 champions after taking down fnatic in a two map-series.

The North Americans add a second Big Event title to their cabinet and remind everyone that they can absolutely race with the other top contenders after struggling for form in the aftermath of their ESL One New York campaign. Peter "stanislaw" Jarguz's side initially stuttered then moved into high gear to dispose of a fnatic side who looked energetic after a three-map thriller against FURIA but gradually lost steam as the games wore on.

Evil Geniuses ended both maps in cruise control on a night when Vincent "Brehze" Cayonte stole the show. After being overshadowed by Ethan "Ethan" Arnold and Tsvetelin "CeRq" Dimitrov during the previous stages of the tournament, the 21-year-old stepped up to the plate and inflicted lasting damage on the Swedes, who were outclassed after making a dream start to the series.

The early stages of Dust2 were a one-way street as Evil Geniuses looked well off the pace and struggled to contain the red-hot Swedes. fnatic showed no signs of slowing down and often frustrated their opponents by picking off stanislaw through the mid double doors, with the North Americans responding only ten rounds into the game, curiously with nothing but pistols.

That round gave EG some much-needed breathing room, with Brehze then preventing a painful economic reset with a quad kill. fnatic still tried to get back in control but they were unable to find any gaps in the EG defense, resulting in a 10-5 half-time scoreline. 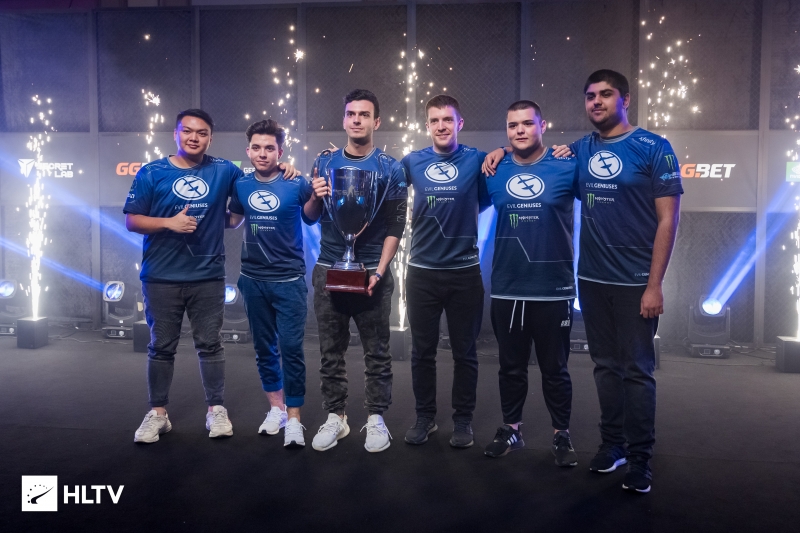 Evil Geniuses carried that late momentum into the second half and ran all over the fnatic defense during the early stages to tie up the score at 11-11. Ludvig "Brollan" Brolin still tried to spark his team to life as he pulled off a quad kill in an eco round, but his efforts were in vain as EG continued to dictate the pace of the game and locked down the map at 16-12.

Mirage began with Evil Geniuses wiping the floor with fnatic in the pistol round. The Swedish team bounced back with guns with hand and rolled EG over for the remainder of the half to claim a 9-6 lead - which could have been even more severe had they not gifted the North Americans a way back into the game in an eco round.

After switching over to the CT side, fnatic were picked apart ruthlessly by their opponents. Evil Geniuses switched into a higher gear and never looked back as they secured ten consecutive rounds en route to an emphatic victory and another Big Event title. 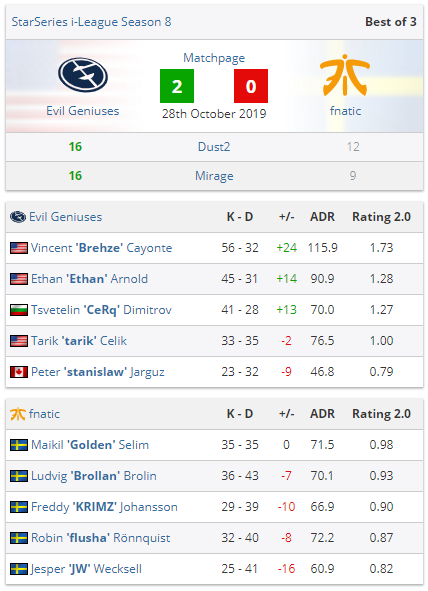