TNC Predator took a huge change in their roster since post-TI9, where they replaced their star player, Kuku and eyyou, with Kpii and March. Yet, it seems like this roster shuffle ended up working perfectly for the boys over at SEA.

Compared to the new Team Liquid, who really did not make much changes as they took the former Alliance squad in, as a whole. Team Liquid was eliminated in the group stage after it placed last. Talk about a bad joke!

Anyways, it seems like TNC is off to a great start to the new DPC season. In the upper brackets against Alliance, TNC took a clean sweep on Alliance, sending the Dream League S12 champions down to the lower bracket to create havoc for the other teams. It seems as if Alliance was being toyed like a fool in both games they played against TNC.

TNC went for a pushing strat, with heroes like Leshrac, Beastmaster, Chen and Enigma, all specialised in having that crazy snowball effect in the midgame. This heavy push and pressure forced Alliance to react to it, indirectly creating space for TNC’s main carry or backup plan, Alchemist to just farm away.

Once again, it seems like TNC specialised in that midgame mode, where they just go insane at midgame, thanks to their draft. In game 2, while it wasn’t as push-oriented, it was still pretty tough for Alliance to even consider taking a full-fledged fight against TNC. The Night Stalker pick alone was enough to deter any attempts from Alliance. While Alliance wipes out the competition in the lower bracket after being sent down there, TNC on the other hand, faces against Gambit today. Again, TNC was able to pull off their hard carry Night Stalker to work tremendously well.

That 14-minutes Scepter, was so fundamental in providing maphack vision for his entire team to get an early scene of what might happen. Playing this vision game, TNC was able to abuse this dominance so effectively, that all they needed was a small backup plan like Medusa, in case the game did not went as expected and couldn’t end in midgame.

In the second game, Gambit picks Techies, perhaps to drag the game late after realising Alliance’s fundamental idea of what draft they are going for. While Gambit successfully extended the game way beyond TNC’s expectation, it was still not enough as TNC scaled just as good into late game. Armel on Alchemist was so farmed that he gave Scepters to all his teammates.

At some point, Armel was able to kill Gyro and get his Divine Rapier. But the game definitely was a long one before the day end. TNC takes a clean sweep in their upper bracket run. 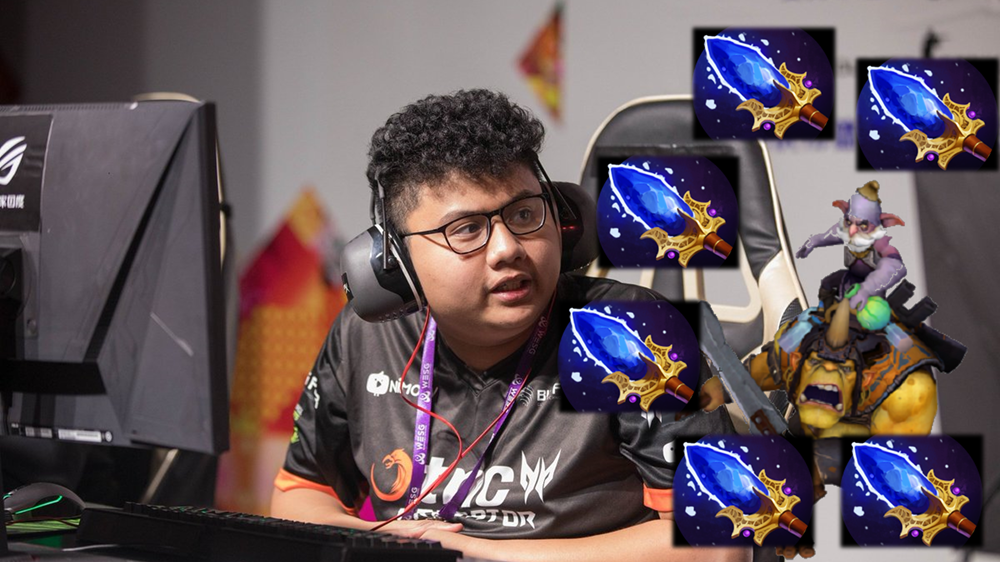 With their overwhelming victories, TNC Predator is the first team to make it to the finals, as they await for the winner between Gambit versus Alliance. Will TNC Predator claim their first ever ESL ONE championship? Stay tuned later today to watch the finale.