Just ahead of the 20th anniversary of Counter-Strike, the CSGO Twitter account teased the return of a beloved item from the game’s past.

With only weeks until the Counter-Strike community celebrate the two-decade mark for the franchise, CSGO fans are gearing up for something big to commemorate two days of the storied shooter.

But Valve will seemingly start the celebration a bit early, with a Throwback Thursday post that has sent the Counter-Strike community into a nostalgia-fueled frenzy.

In an October 17 post, the devs showed a T-sided player running down A long after planting the bomb on the classic Dust 2 map.

Just before reaching pit, they turn around and switch to a classic knife from the franchise’s past while the bomb explodes – as did the minds of every longtime CS player.

For those unfamiliar with what they are watching, the knife being held is from Counter-Strike 1.6, an updated version of the original Counter-Strike game that was released in 2000.

Many of the older faces in today’s CSGO competitive landscape got their start in the scene by viewing, casting, or competing in 1.6.

The title was released in 2003 after spending over a year in beta access and is by far the biggest update in Counter-Strike’s history.

It introduced new weapons, a completely reworked interface, and was released with the very first version of Valve’s Steam client.

This 1.6 knife in particular is modeled after the Badland Bowie knife, designed by renowned knifemaker Mick Strider. 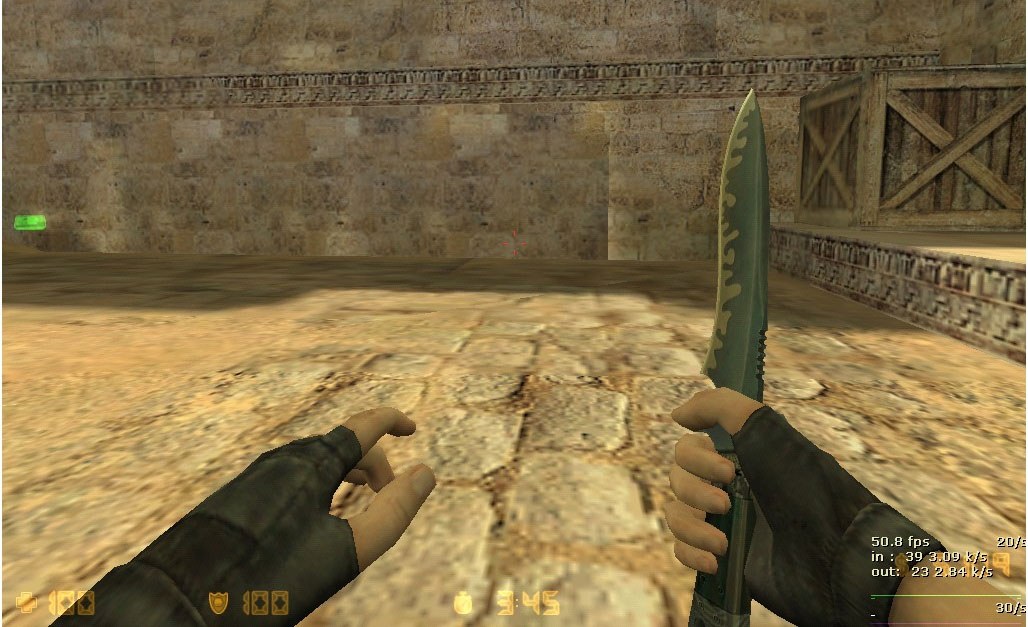 Along with the major update to Cache that’s on its way out, the CSGO devs are really pushing to merge a bit of the old with the new for the upcoming 20th anniversary celebration.

The knife will appear almost exactly like it did in the previous title, but with the updated visuals and shine from Valve’s latest CS version.

Unlike the knife, however, Cache will be getting a few noteworthy changes that will definitely alter the way pro teams and even casual players maneuver around the longtime CS fixture.

It’s unclear when the knife will be made available to obtain, but it shouldn’t be long as Counter-Strike’s 20th anniversary celebration carries on.