Newly created hype team from North America, Quincy Crew had struggles playing against high calibre teams in the MDL Chengdu Major Closed Qualifiers thus being dropped into DOTA Summit 11’s NA Quals. They continued to play as a team and even managing to secure a spot for themselves in the tournament after winning the bo5 finals with a score of 3-0 against Demon Slayers. But despite of it, it seems that Quincy Crew is experiencing some internal conflicts. 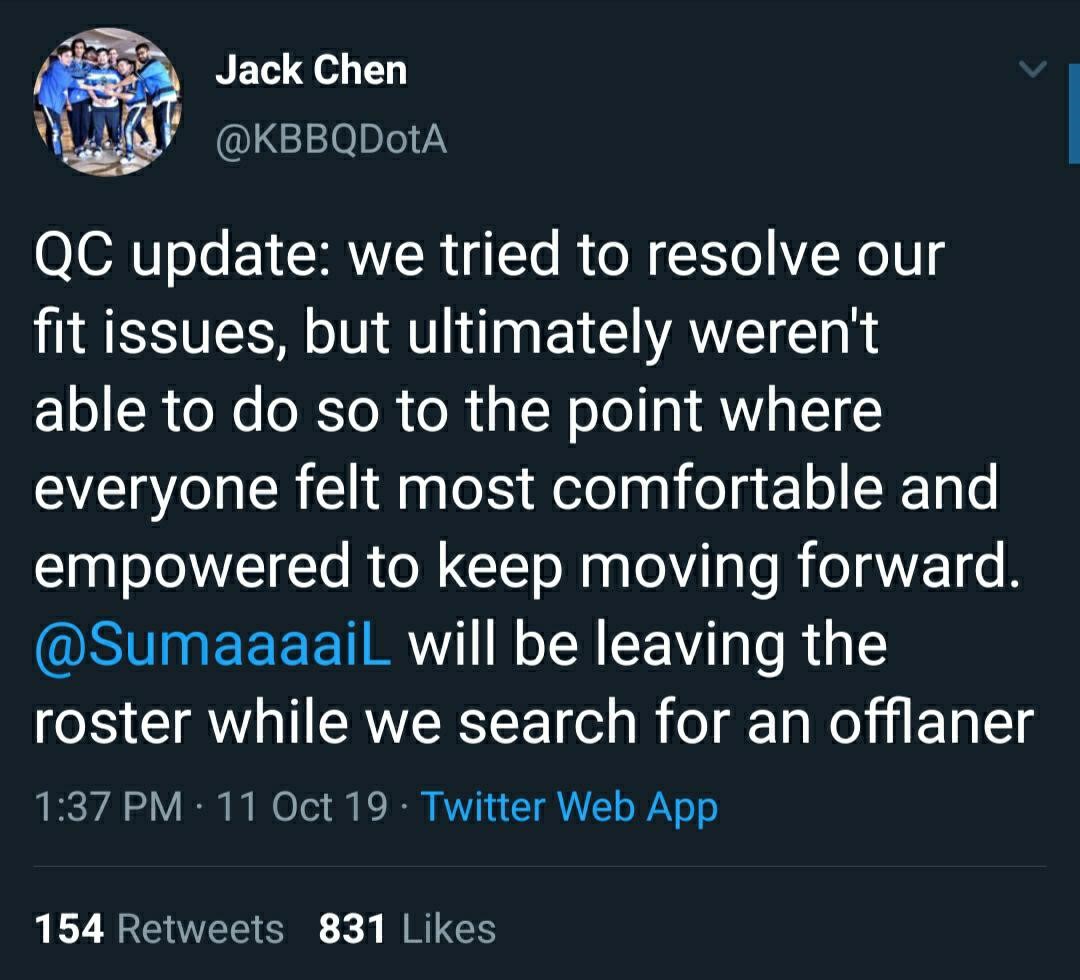 It's important that each player is comfortable but also dependable in their respective roles so that's why the squad took this into seriously consideration and tried to resolve the issue themselves until they reached an agreement.

A mutual decision in between parties is announced and it was everyone's decision who felt that they are doing the right thing to move on without SumaiL in the roster. Jack “KBBQ” Chen made clear that it was not him alone who caused this problem and that it was like most circumstances that can happen to every team. He expressed gratitude and praise for the Young King for his contributions to the team.

Quincy Crew will be looking to show themselves in DOTA Summit 11 at Los Angeles, New York with a new Offlaner.

What are your thoughts? Tell us in the comments down below and I'll see you in the next one.