The latest update to the game saw big changes to the A bombsite of Vertigo and addressed several miscellaneous bug fixes across the platform.

Described by Valve as a "Post-Major gameplay update", the patch features extensive changes made to the A bombsite, this time focusing on how players move in and out of the site, most notably removing the forklift located at the bottom of A ramp, closing off the gap seen in the wooden fence near the crane on A site, and creating a new exit and entryway into scaffolding. 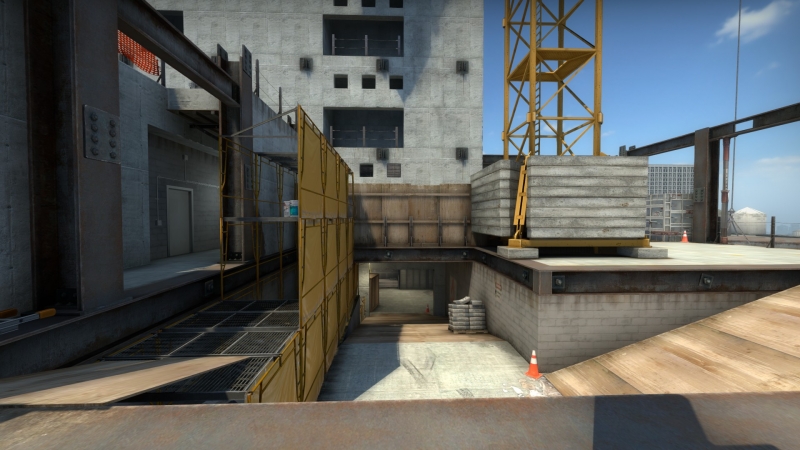 Valve added a new way to enter the A site

Other adjustments to the map include a widened entrance from CT spawn into the B site, a sealed a gap located in the sandbags of lower A ramp, and a few cosmetic changes to the lighting and bombsite boxes.

The rest of the patch notes focuses on several bug fixes, while Valve also noted that, as an “onboarding experiment”, they would be restricting some users' access to both the Casual and Deathmatch game modes until their accounts have reached Private Rank 2.

You can find the full patch notes for October 9 below:

–As an onboarding experiment, some new users will be restricted to Casual and/or Deathmatch until they reach Private Rank 2.

–Fixed the XP progress bar not filling to the end when ranking up.

–Improved shutdown sequence of official servers when rolling over to the latest version.

–Removed forklift at bottom of lower A ramp

–Closed gap in wooden fence by A site crane

–Added new side-path from scaffolding to A site

–Moved drywall stack in exit from elevator room to A site

–Widened tall cover on A site

–Widened entrance to B site from CT spawn

–Added blockers to ends of outer walkway around B site

–Blocked gap in sandbags on lower A ramp