The Challengers of the MDL Chengdu Major

The Challengers of the MDL Chengdu Major

The final additions of teams is decided for the very first Valve DPC Major tournament of the 2019/20 Season.

MDL Chengdu Major Closed Qualifiers's list was announced a week ago and so the battle in different regions around the world started for a chance of getting a ticket in the $1,000,000 prize pooled and 15,000 Pro Circuit Points tournament.

10 teams per Regions fought but there slot deviation in between as there are who have been alotted with 3 slots and others with 2 slots. 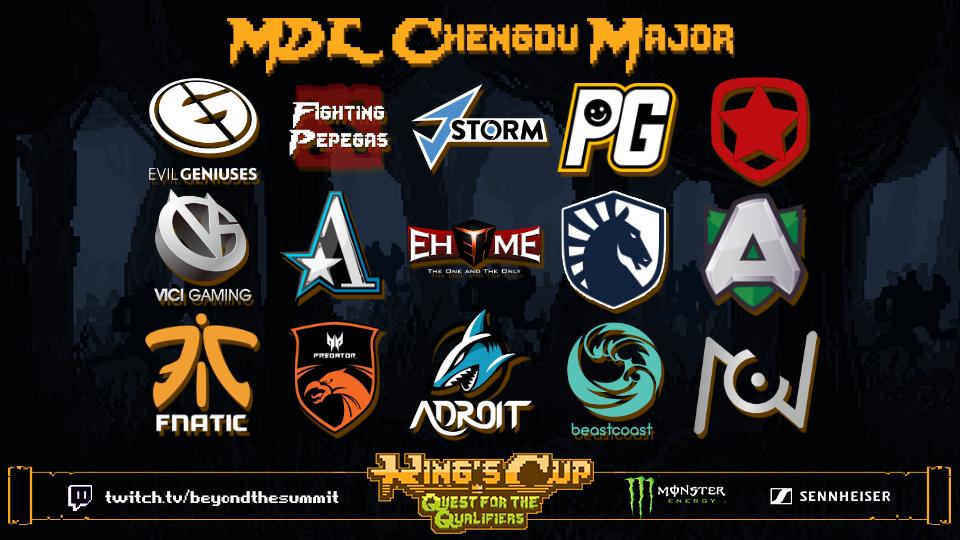 2 powerhouse teams whose roster have been completely changed have claimed 2 slots alloted in this region. Teams who placed 3th – 6th will be moving on to Dota Summit 11 EU quals, they are; Ninjas in Pyjamas, Team Singularity, Ascomanni, and Ad Finem

In the East, China have received 3 slots and the rest who didn't able to get top 3 was; Royal Never Give Up, Invictus Gaming, Newbee, CDEC Gaming.

For CIS, Gambit who have quite the rough ending for the past season had to make changes for their steady roster but as a result in this qualifier, things have shift and they started out well to claim Top 1 next to Positive Guys, ILTW's stack. Unfortunately, Virtus Pro's experimental roster wasn't as successful, they will move on to DS 11 Quals.

Southeast Asia, the holy trinity of this region will seem to look a little bit different as the team going on with TNC Predator and Fnatic is Team Adroit, an all-Filipino stack in the Philippines.

As for the Americas, North wise. The boys in blue with their new roster claimed Top 1 convincingly with J.Storm, and Fighting Pepega's which is EE's new stack.

While in the Southern part, their regionals just ended today. Former Anvorgesa is the new Beascoast gets Top 1 while Team Unknown (Atun's stack) stands by 2nd.

This rounds up a total of 15 teams but one more will be a wild card coming from Dota Summit 11 Qualifiers will be the 16th team to participate in Chengdu Major.

Who do you think can comeback? Is it SumaiL's new team with his brother Quincy Crew? Or the veterans of CIS Virtus Pro? Tell us your favorites, comment down below and I'll see you in the next one.