It has been an exciting week of Midas Mode 2.0 since the last 3 days as we witness the strengths of the former Champions like TI1 Navi and TI3 Alliance defeat the recent Champions, OG. While it is true that OG is playing with a handicap, which is that ana is playing at a low ping of only 300ms, it’s definitely still very challenging. 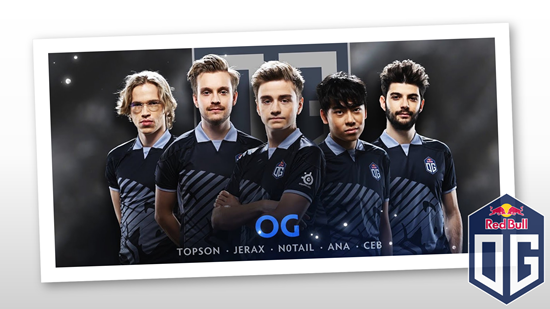 One of the best Mirana players we ever had in the DOTA2 pro scene definitely is SingSing, which his quote, “Shoot Arrow, Hit Arrow” and it just makes sense with all his blind arrows hitting the right mark.

Today, in the second game against OG, we are lucky enough to watch SingSing land an insane arrow on Jerax after he successfully escape using Ghost Walk. In the clip, you could see that SingSing took his time to predict where Jerax would be and waited for the Ghost Walk slow effect to disappear, noting that Jerax went to the other side of the trees. One shot of his arrow and it landed right on top of Jerax’s head and kills him. Talk about precision! SingSing definitely still has it in him.

There are also another play of SingSing going all the way behind enemy tier-2 tower to shoot an arrow at LightofHeaven’s Beastmaster. It landed perfectly on the unsuspecting BM who was just trying to get back safely behind the tower, only to be stunned and killed. 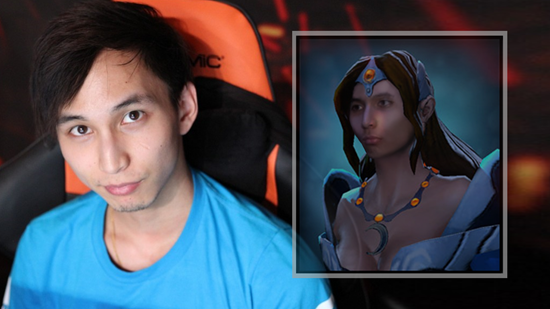 After Sir Sadim’s Stunners’ victory over OG, sending OG out of the tournament, Ceb tweeted out about it, here’s what he said. He states that he’s done with Midas Mode 2.0 and had fun playing these games as the community come up with crazy and hilarious bounties. But he also said that it would have been more fun if the teams actually embraced the show and memes more instead of tryharding like it’s TI.

While Midas Mode 2.0 is all fun and games, it is still about the prize pool winnings, with the first place of every region winning 20K USD, after just fighting against 3 teams in each region. That said, we don’t really know yet whether if the teams would be donating their winnings to charity just like last year, where every team announced that they are donating their winnings to a charity of their choice, such as EG and Liquid last year (do note that every team donated, not just these 2). 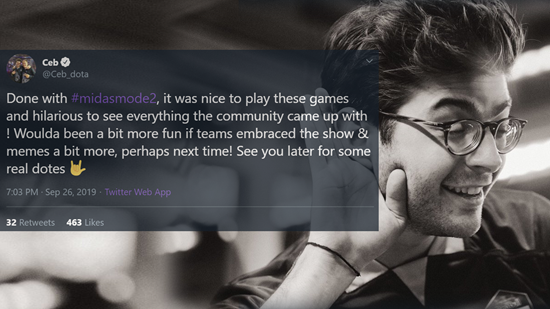 Anyways, now that OG is eliminated, that means the 3 teams moving on to the Playoffs is Alliance, Navi and Sir Sadim’s Stunners, definitely not expected by most of us. That said, the group stage continues later today, as 3 teams face off against each other to determine who will be the first finalist of the Playoffs.

The first and second runner-ups will play in the semi-finals while the group stage top seeder will wait for the winner in the Grand Finals. Anyways, what do you think about OG.Ceb’s tweet about the event? Should all the teams played more goofy? Tell us in the comments! Stay tuned.