Slacks is Depressed. Midas Mode 2 may be postponed for another year.

Slacks is Depressed. Midas Mode 2 may be postponed for another year.

Chapter 1: Road to the International.

Just yesterday, DOTA2 announced the much-anticipated DPC season along with its new rules and schedules. While everyone is getting all giddy as the excitement of the first qualifiers is barely 3 weeks away, Sir Sadim is not particularly happy about the announcement.

It’s Midas Mode 2, a tournament that has been in the making since October last year, but due to unforeseen tournaments like ESL ONE at that time, it never happened. Slacks, part of the Midas Mode organiser crew, has been waiting for this very moment just to have his hopes destroyed. AGAIN.

The first major and minor qualifiers is scheduled to happen on 25th September to 5th October, while Midas Mode 2 was set to happen from 24th September to 2nd October. Heh, tough luck right there.

So much was spent on making sure that the tournament while small, but let me assure you that it will be entertaining and hilarious to watch. Be sure to check out what are the games and perks that Slacks and his crew is working on their site!

Because of this, it is safe to say that no teams that are hoping to qualify for the first major, would even bother to accept the invite to play in Midas Mode 2. After all, there’s only 5 majors/minors till TI10, the last thing any team wants to do is to skip the first one, when big teams like team OG and LGD are taking a break from the pro scene.

For your information, both ana and Topson have tweeted that they are taking a break from playing DOTA2. Meanwhile, LGD’s Fy is taking a break too for his eye surgery. Most tier-1 teams are having a huge reshuffle too such as Virtus.pro, Team Secret and other TI9 participants. Thus, this is probably the best shot for tier-2 teams that has been prepping since before TI9, to get an early head start in DPC points while the titans are still sleeping.

That said, this could work the other way too. Imagine team OG casually showing up at Midas Mode 2 just for the fun of it! 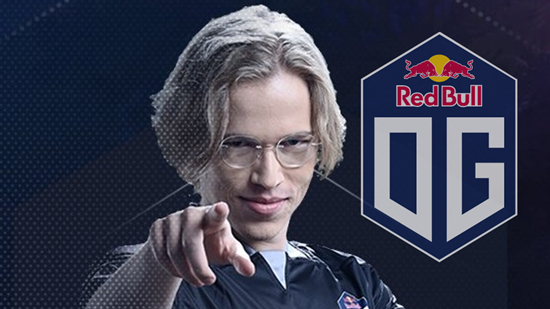 At this point, Slacks has lost his mind and just wants any 12 teams to play in Midas Mode 2. In his tweet, he asked League of Legends and other MOBA games Twitter page if they have 12 teams that are free for 2 weeks to attend the tournament that has a venue, audience and a decent 150K prize pool.

He also asked SMITE, Arena of Valor and even Heroes of the Storm. Seriously? Even HONS? How desperate can Slacks be? Jokes aside, it seems like he has deleted his tweet now. So this could mean a few outcomes. The best outcome would be that he actually found 12 DOTA2 teams that wants to attend the event. The second is he found 12 random teams from various other games to attend. Third, the first qualifiers got postponed to make way for this. Or Slacks just gave up. 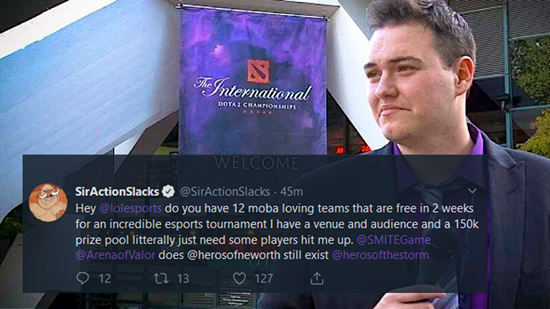 Anyways, we hope that Midas Mode 2 could actually happen finally after a year. All those effort and time that Slacks and his crew poured since then should pay off. That said, it seems like several in the community has voiced out that they would watch Midas Mode 2 over the qualifiers.

Would you be watching the Midas Mode 2? Tell us in the comments if you are! Stay tuned.