Post-TI9 shuffle just hit one of the biggest and most stable team in the previous years of competitive scene of Dota 2.

Virtus Pro has been regarded as one the titans of Dota 2, especially with their 3 year-running roster consisting of highly skilled individual players of RAMZES666, No[o]ne, 9Pasha, Solo and the lately acquired position 4 player RodjER who proved himself well worthy to wear their uniform and represent the team.

While it's certainly not arguable to say that this lineup still has a few Majors in them but there is one tournament that they can't seem to get a hold off. For the last 3 attendances of VP in The International, the farthest they have achieved was 5th-6th place. With that, just recently Solo announces on his IG that changes awaits VP. As opposed to last season, this time he will assume captaincy of the team. 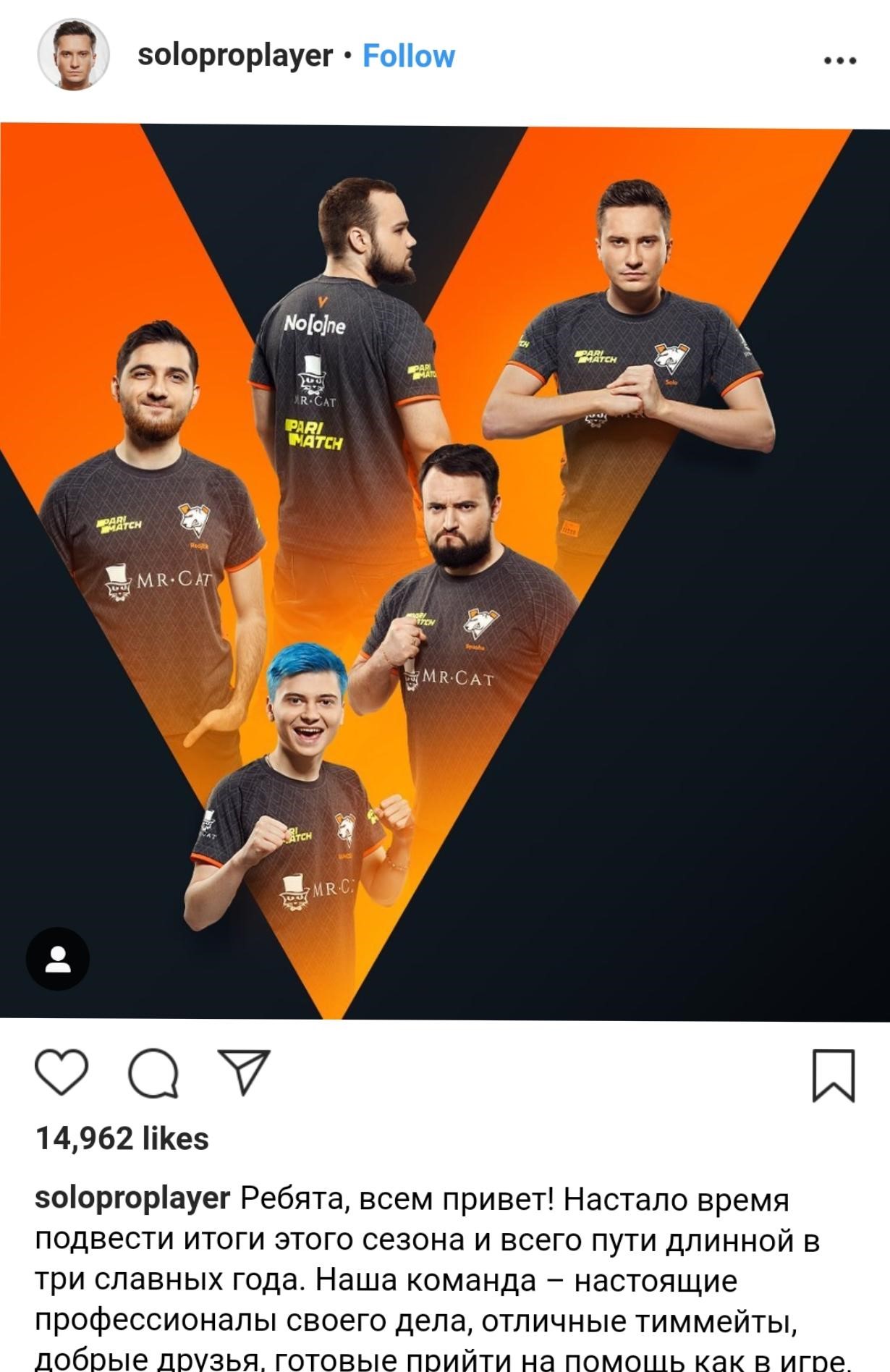 Today those changes has been officially decided. VP.9Pasha and coach ArsZeeqq to leave the team while 9Pasha joins Natus Vincere to also play the 3rd position role. Virtus Pro is now open for a 3rd position player while Na'Vi's roster is as follows:

Stay tuned for more updates of the Post-TI9 shuffle! I'll see you in the next one.

下一篇：Did we misunderstood EE all these time?