The year of 2019 will go down in the history of Dota 2 as the one when The International has finally found its two times winners.

OG set a record that will take at least three more years from now to be surpassed. Not only that they reclaimed the Aegis of Champions, but they are back to back TI champions. At this point, it seems absolutely insane to even think that someone will actually be able to win three The Internationals in a row. Perhaps the best chance for that to happen would be if OG will “fluke” their way to the grand finals next year as well.

With a whole year to wait for the anniversary TI10, here are a few of the first reactions from the Chinese and western Dota 2 communities to this year’s unprecedented achievement.

Just ahead of the grand finals, on the 25th of August, 2019, PSG.LGD’s coach Yao “QQQ” Yi posted on Weibo a farewell which can be interpreted in a couple of ways.

“To the youth that I never regretted, farewell.”

“I went out with fy on Sunday night, he was really upset. I’ve never seen him to be that upset. He said to me “Maybe I’m already behind, maybe I don’t have what it takes to be the champion anymore” His words broke my heart, all this time I thought fy is the real god, he always encourages me to believe in myself. I felt lost seeing the other side of fy god.

I think none of the players would want to see other repeat champions, everyone dreams of being the first to accomplish that. Then I told fy “I think it’s not true, we were behind in strats, ideas and the understanding of the meta this year but I don’t think it has anything to do with individual skill. Let’s pull ourselves together.”

“Who could have seen that coming? Same words as last year: Congrats to OG.”

“OG is just a tier above every other team. Last year I pictured many other possible outcomes for LGD, but this year I’m genuinely convinced by OG’s skill.”

“Congrats to OG, so this year we have a TI8 upper bracket, TI7 lower bracket and TI6 grand final.”

“Matu, the team is in need of you, come back soon.”

TI3 Champion with Alliance, now co-owner of the organization and coach for the Dota 2 team, Jonathan “Loda” Berg, posted on the day before the grand finals the following:

“Since many of you are asking. I actually can’t believe how strong OG are to reach two grand finals in two consecutive years. If I was still a player I would be salty, but now I can’t be anything but impressed by their performance.”

Loda after the grand finals: 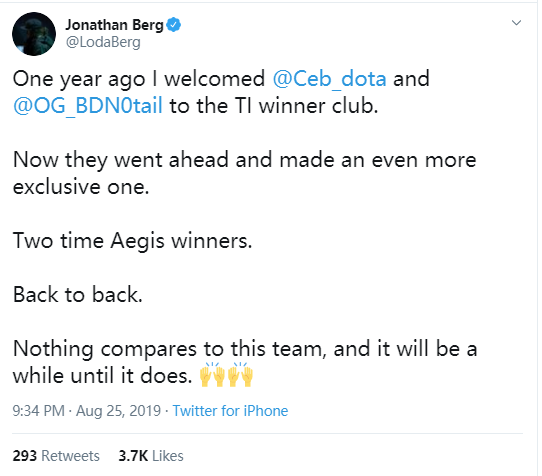 Kyle Freedman has been on the OG hype train from day two of the main event. When OG reached the upper bracket finals he tweeted:

Anything else ?
OG never doubt themselves, bout time the fans get with the program.

THEY DON’T HAVE AN MVP.

Cheers to one of the greatest TEAM of all time. Grats boys.” 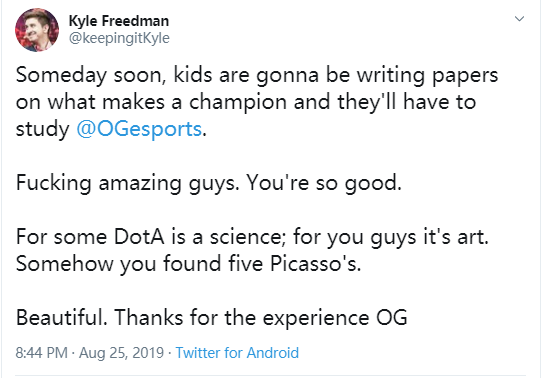 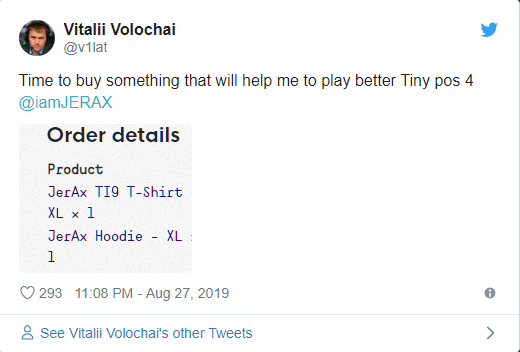 OG members made a few posts on either Twitter or Instagram to thank the fans and the whole community and two of them have even shared their immediate plans for the post TI9 vacation. 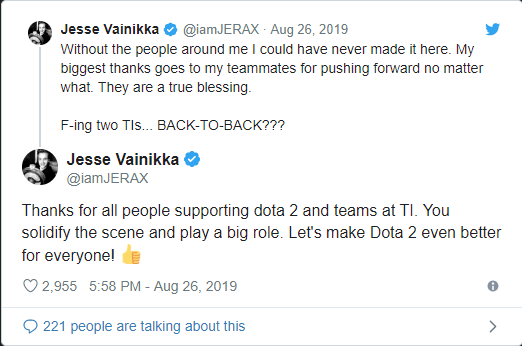 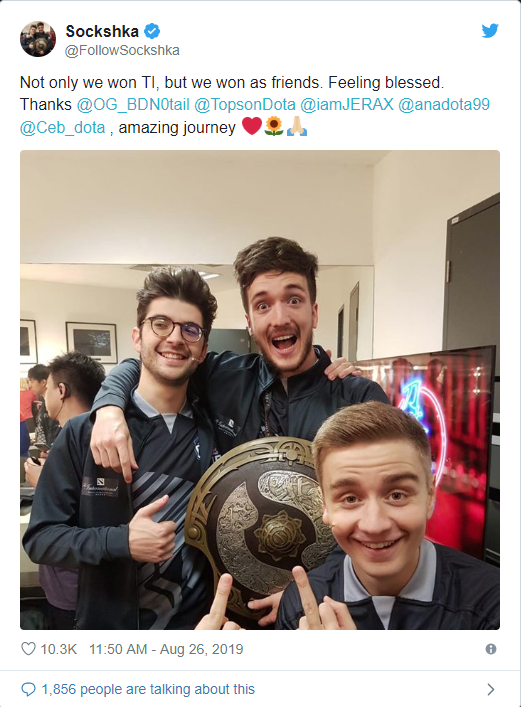 Dota2 developer, father of the game and the most mysterious figure of the community has made the perfect use of the retweet function. It’s worth mentioning that between TI8 and TI9 he hasn’t made a single post on Twitter or Weibo.

“Congratulations to OG on winning the championship!”