Dendi’s Future depend on YOU!

Dendi’s Future depend on YOU!

Chapter 1: An End of yet another Era.

It seems like we just can’t get enough departures from all the good stuff in DOTA2. From the spam items in Steam workshop to Matu getting kicked, now it’s Dendi leaving Natus Vincere for good.

Right after Navi’s announcement of Dendi leaving Navi a few days ago, Dendi himself asked the fans about what he should do, now that he left Navi. It has been a memorable 8 years in Navi, so I am glad that the community is much more accepting of Dendi’s departure.

However, one thing that would make us all cry is going to be Dendi quitting the pro scene instead. But if he does, hopefully he could find a career as a streamer alongside AdmiralBulldog, his best friend since TI3.

Now, if you visit Dendi’s official website ( https://dendi.pro/?lang=en ), you can vote for the phrases or words you want. But there’s already a list of the most voted ones anyways. On the English version, the most voted comment is for Dendi to go pro again. With more than twice the amount of votes than the second and third comments.

Unfortunately, Dendi is one of the oldest players in the pro scene, at the age of 29-years-old, Dendi’s reactions are not as sharp as the young prodigies such as RAMZES666 and Sumail. But, age does come with experience, and that’s something Dendi and other veterans of DOTA2 have as advantage over other players. Of course, everyone loves Dendi and wants to watch him play in the Internationals, so hopefully he finds a good team anyways.

The second comment is to get on the same team with Puppey, his former teammate. Puppey, the Secret’s captain, now leads one of the strongest teams in TI9. However, as mentioned, Nisha and Midone are still a more stable core players in the pro scenes. But hey, Secret always have a roster shuffle right after TI anyways, so Dendi joining forces with Puppey might not seem like an impossible idea. After all, Dendi did stand-in for Secret last year, right after TI8, when Midone is resting.

Chapter 3: Top of the Food Chain.

The other suggestion ranking at third is just “earn f*cking top-1 rank”. As a wise man in DOTA2 once said, “get gud lol”. Maybe all Dendi need to be relevant again is to practice some good ole pub games, earn Immortal rank 1 and win TI10. That said, the current MMR season is about to end soon, so what better time to start!

Lastly, somehow a good suggestion, is to make his own organization and build a team. I don’t really know how much would it cost to start an org, but I guess Dendi can always start small by building a team first, then only make an organization after the team gets enough sponsors.

Besides the previous suggestions, the RU community also has their own words to Dendi. The first one translates to, “Good luck in whatever you do!”, though it’s not much of a suggestion but a well wish. At the age of 29 again, Dendi is already a well-known pro and he probably can succeed in whatever he does except for playing in Navi.

The second most-voted comment is similar to the English one, asking him to go back to pro scene. Honestly, when was he ever out of the pro scene anyways? I mean, everyone just assumes he’s retired just because he hasn’t played in any big tournaments in a while but that’s because he isn’t getting any result.

Lastly, the third one is hoping that Dendi will be in TI10 as a player. While Dendi is invited to TI9 as a talent, I am sure everyone in the community would very much prefer to see him play some good DOTA and Pudge perhaps? It’s been so long since I saw Dendi Pudge… 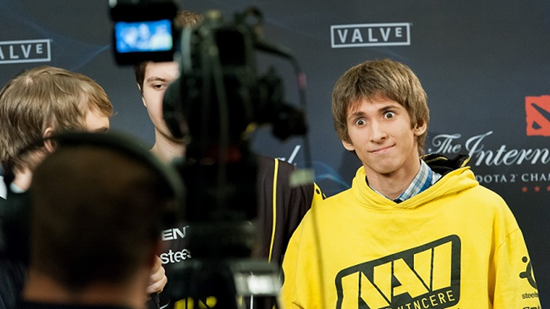 Chapter 5: All the Best, Legend.

Anyways, let’s not make it sound so sad with Dendi’s departure from Navi. He definitely will still be around for us all to enjoy watching him, so keep an eye out for him at TI9 if you are visiting and for everyone else, watch the official TI9 streams!

What do you want to see Dendi do after TI9? Tell us in the comments! Stay tuned as it’s only 24 hours till TI9!!!

下一篇：MATUMBAMAN and Liquid in Group A, OG and EG in Group B at TI9