G2 beat CR4ZY to qualify for ESL One New York

G2 beat CR4ZY to qualify for ESL One New York

G2 have qualified for ESL One New York after topping the European closed qualifier with a 2-1 victory over CR4ZY in the grand final.

The European closed qualifier saw seven teams battle it out in a single-elimination bracket, with mousesports and G2 being the most prominent teams of the tournament following the withdrawal of Vitality.

G2 found their place in the closed qualifier's final after defeating BLUEJAYS and Tricked in the previous rounds. Meanwhile, CR4ZY surprisingly bested tournament favourites mousesports in a closely-contested series, before defeating Sprout. 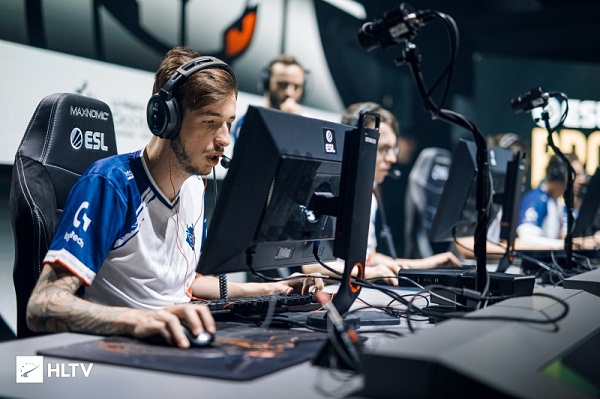 The grand final kicked off with CR4ZY picking up the first map, Vertigo, in a dominant 16-8 fashion, with Rokas "EspiranTo" Milasauskas boasting an impressive 1.59 rating. Dust2, G2’s map pick, proved to be more competitive with both sides hitting double digits, but the Frenchmen were able to close it out to force a third map.

Train played host to the decider, and G2 continued their momentum to secure an early lead. EspiranTo proved to be a thorn in the side of G2 as the Lithuanian player pushed them to their limits, but Richard "shox" Papillon and co. were able to eventually secure the map 16-13 to book their spot at ESL One New York.

G2 are the fifth confirmed team for ESL One New York, joining the invited trio of Liquid, Astralis and ENCE, with eUnited having qualified through the North American closed qualifier. The final three invites are yet to be announced for the $200,000 event, which will be held at the Barclays Center from September 26-29.

The participants' list for ESL One New York currently looks as follows: