After several months of uncertainty, Beyond the Summit has confirmed that Summit 10 is will take place at the end of July.

For the past couple of years, The Summit has been an immense part of every Dota 2 fan. This is by far one of the most player and viewer-friendly tournament in the world. Apart from providing a solid boot camp for TI 9, the event is also incredibly fun for everyone. Of course, the casters have a huge role in it because they are always there to entertain viewers. In addition, there are many players who also step in to try their hand at casting, making an interesting event even more fun to watch.

Having said that, this year TI 9 will take place in China, which is a huge drawback for BTS. That is probably a large reason why there will be only six teams attending the event. 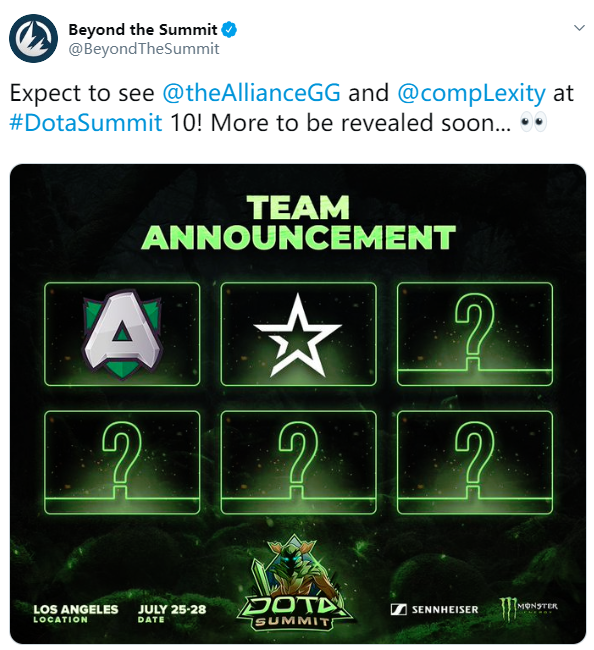 So far, BTS has announced the first two teams that are expected to attend the tournament. One of them is Alliance, who managed to get the last direct invite for TI 9 after a thriller against Gambit Esports in the EPICENTER Major. The other participant is Complexity Gaming, which will have to earn their spot through regional qualifiers.

It is important to note that some teams tend to “fade away” from their invites. There is no 100% guarantee which teams will play until BTS reveals them.

The casters, on the other hand, are on point as always. 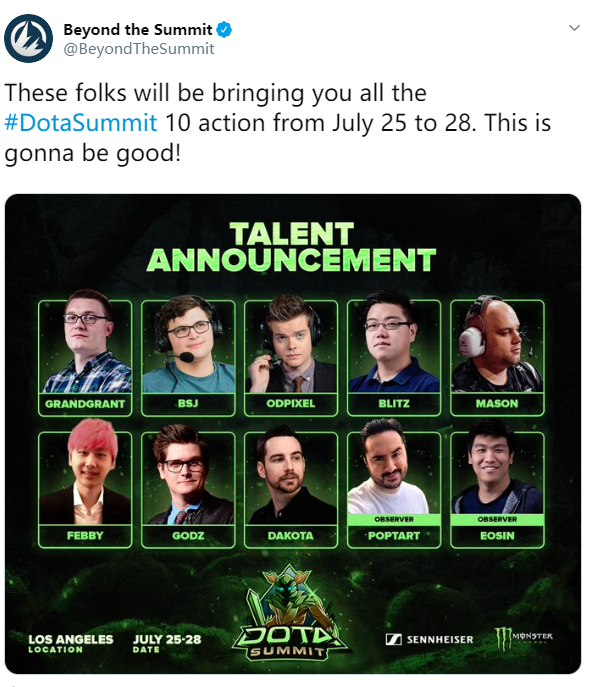