Dota Underlords Battle Pass will come out eventually, and here is what fans can expect when it's released. We've known since Valve launched the game's official website that a Battle Pass will be coming to Valve's Auto Chess style game, but here are some of the features that are likely to be included. 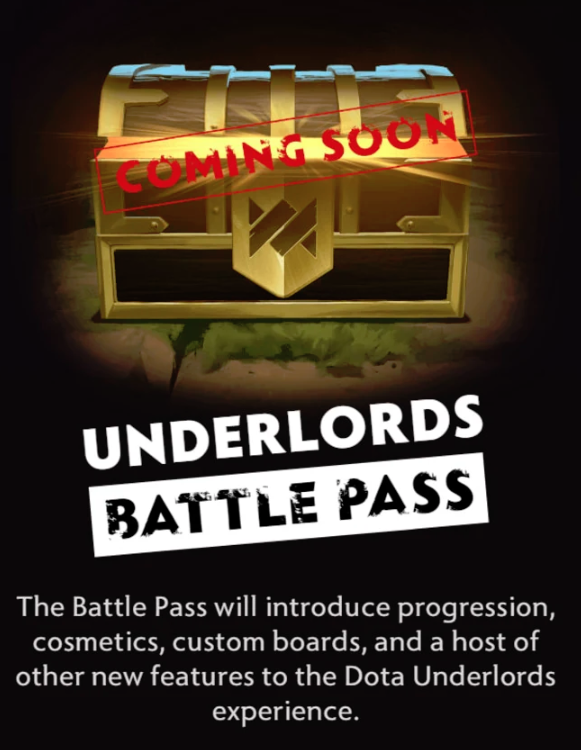 As the website suggests, cosmetics and custom boards are both on the table for Battle Pass content.

Valve has a wealth of cosmetic upgrades and items available in Dota 2, which they could easily draw upon for cosmetic content in Dota Underlords, including hero skins, custom teleport animations for board resets, and particle effects. Hopefully, though, we'll be seeing some totally new additions to Underlords as well.

Custom boards seem like they'll either take after the various weather effects in Dota 2, or the wide range of custom, interactable boards in games like Hearthstone.

Just because it's Dota Underlords doesn't mean Valve is restricted to retreading ground with Dota 2, though. Valve could easily look to include elements like board locations, animations, or voiceovers from their other popular titles like Team Fortress 2 and Portal.

下一篇：How to level up heroes in Dota Underlords