Gunnar: Me and my Boys Qualifying for TI9.

Gunnar: Me and my Boys Qualifying for TI9.

Well, it’s not every year you see a Korean team make it into the Internationals. The long lost players of MVP.Phoenix are finally back to claim their throne. But before that, let’s head down the road to check out the history of Korean Dota.

While there isn’t that many Korean Dota players out there, most of them prefer playing League of Legends and Starcraft. However, even so, there’s always that one team representing the country in the Internationals. That is MVP.Phoenix, consisting of MP, QO, Forev, Dubu and our beloved, Febby.

Their first debut was back in 2015, where they qualified for the Internationals through SEA region. Not only that, but their sister team, MVP.HOT6ix, also got into TI5. We have players like SunBhie and Heen, who are currently coaches for big teams like Team Secret and TNC.Predator respectively. Heen was formerly Team Liquid’s coach for 2 years too.

Not to mention that MVP.Phoenix was the team who eliminated team OG from the upper brackets of TI6 before getting eliminated for real by TNC in the lower brackets. Thus, it’s clear that the Korean Dota community have played their parts in contributing to Dota pro scene, one way of another. 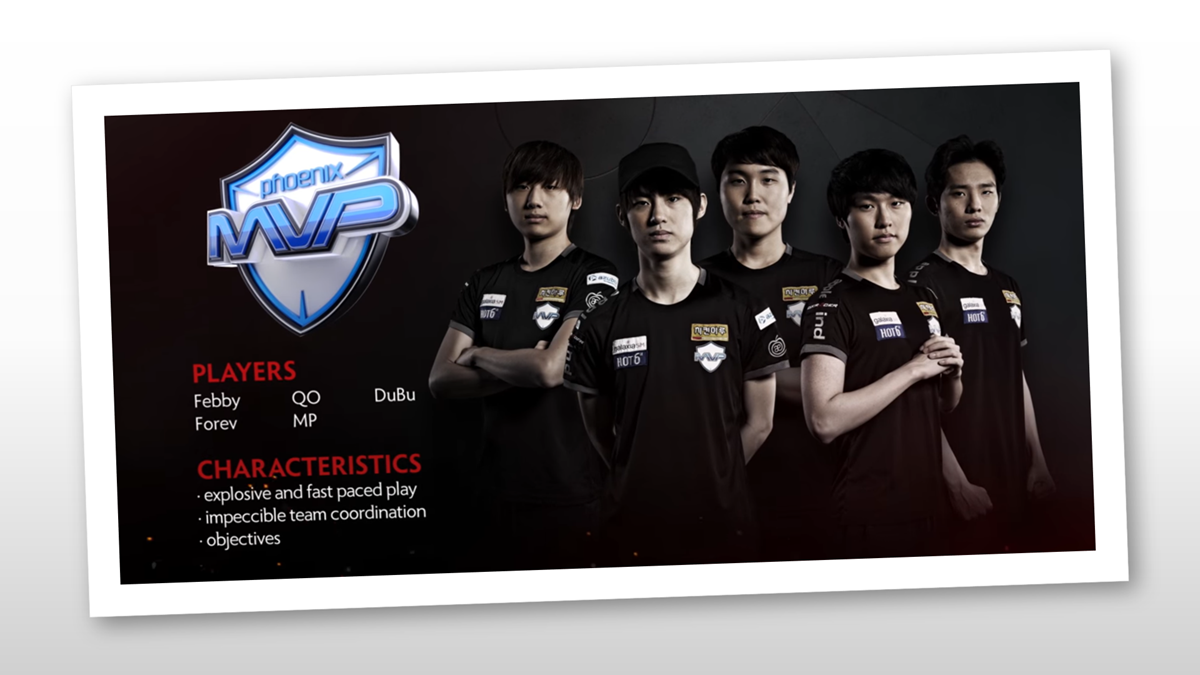 Chapter 2: Gunnar is Back!

Alongside the Korean players, the veterans need a young prodigy to join them, where they picked up Gunnar from the NA region. After getting kicked from the team that he helped qualify for the Paris Major, the young player has gotten some attention, good ones at least.

He was kicked from TEAM TEAM, right after the ESL ONE Mumbai as EternalEnvy and other players on the team, deem Gunnar a bad carry and needs to be replaced. Just like that, Gunnar’s hard work and efforts qualifying for the major went to waste. But that’s not all he lost, as his family also bought tickets to the Paris major, only to visit there without getting to watch their son play in the grandest stadium.

While the whole drama was going on, EE himself received massive backlash over his decision. Soon, the whole community were glad that beastcoast (formerly TEAM TEAM) got eliminated early. And as per tradition, EE left the team after suffering the lost. 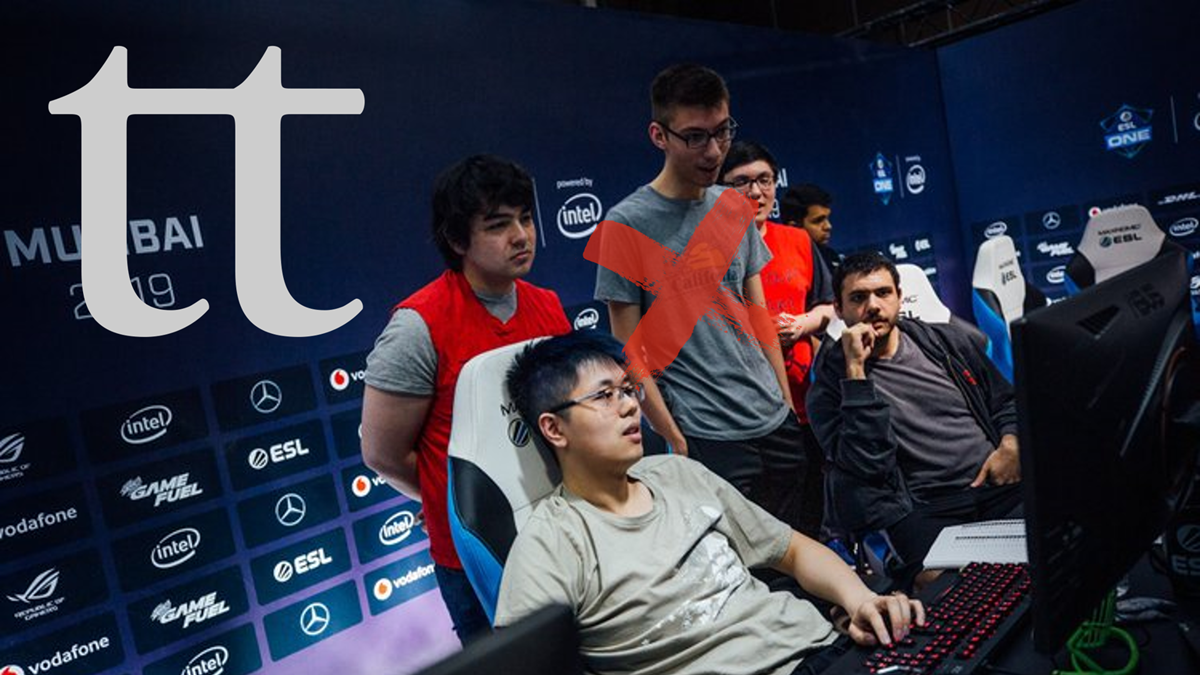 Over the years, we have barely seen any Korean team out there. With players of MVP.Phoenix departing from eSports for personal purposes. March went back to Korea to finish his national service. Then, there’s Febby who played in Mineski right after TI8 but was kicked earlier this year.

Just weeks ago, a new team came out of nowhere, it’s Team Jinesbrus. Rocking the young blood of players like Gunnar, the former Korean team players, Forev, Febby and March, join the ranks of the new team. But that’s not all, as they also recruited a new player which we have not seen before, from Thailand. Going by the name, 23savage, he has proved himself to be a very consistent hard carry player. 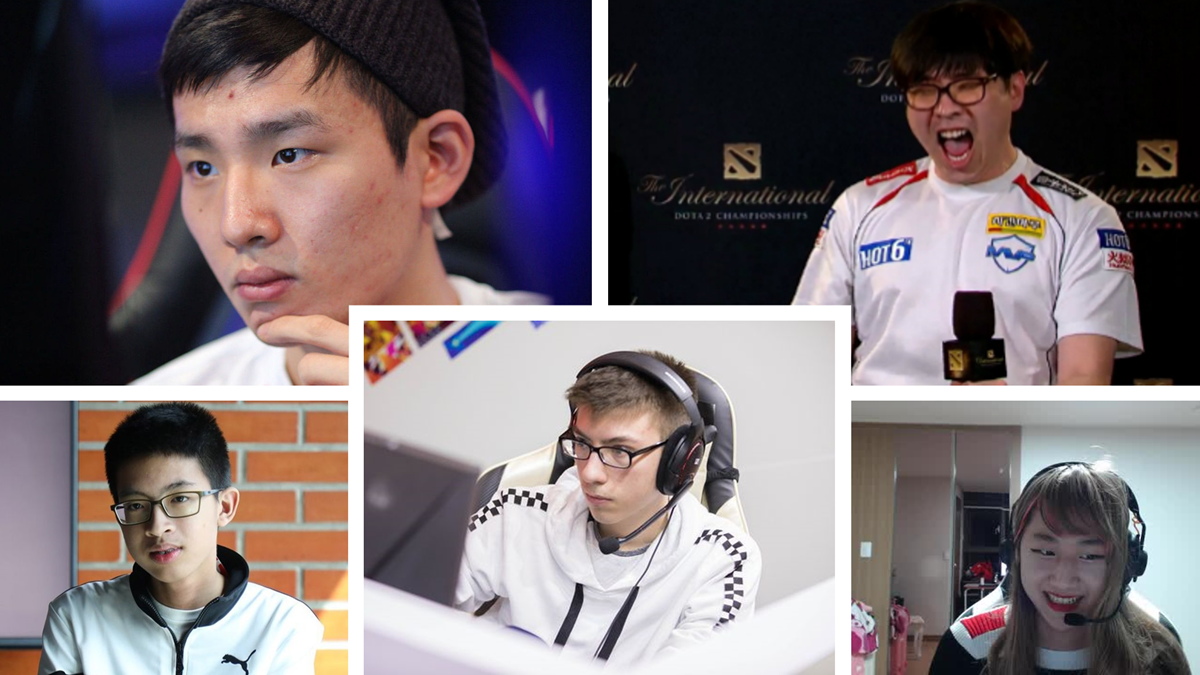 Over the week, Team Jinesbrus has dominated the SEA open qualifiers and proceeded into the regionals. But their rampage doesn’t stop there as they proceed to win every single series against other competitors in the SEA qualifiers.

With a score of 6-1, losing only to Team Amplfy (consists of Ryoyr and Jeyo), they successfully claimed the top seed of the group stage. The other 3 remaining teams are Team Amplfy, Team Adroit and Mineski being the last of the top 4. 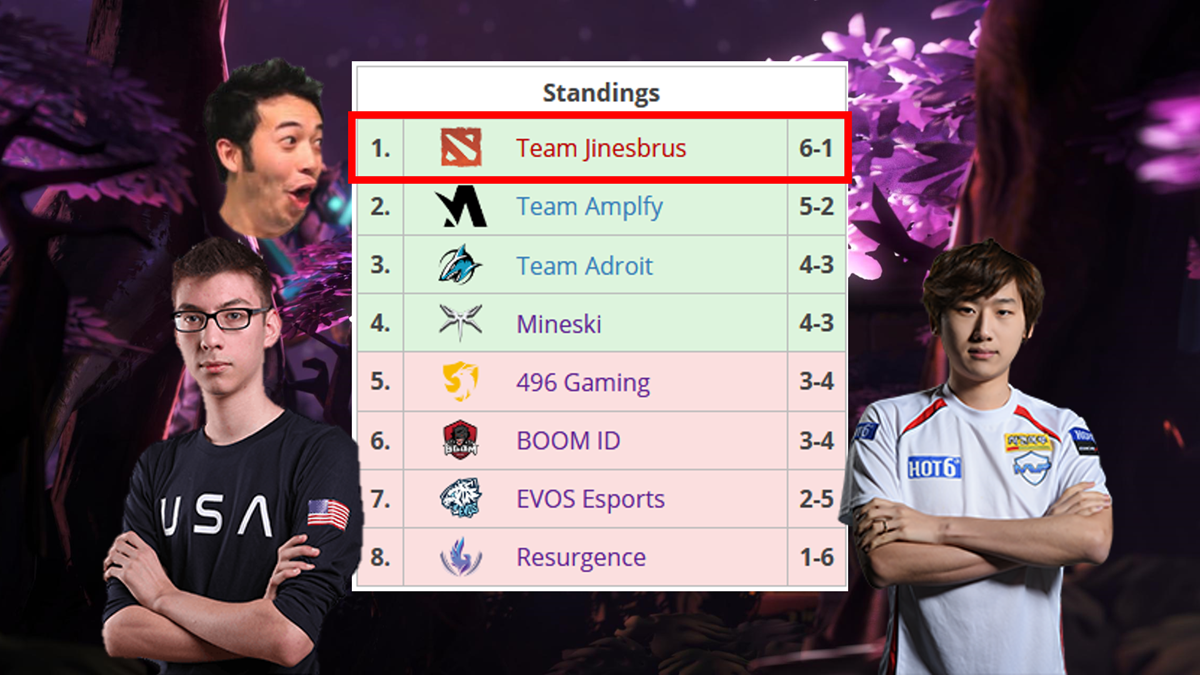 All Gunnar and the boys need now is 3 victories over 3 series of the playoffs, to secure their tickets to the International 2019. With the first opponent being Mineski, Febby is definitely hoping to get some sweet revenge against his former team who kicked him.

Who do you think will represent SEA for TI9? Tell us in the comments below! Stay tuned as the TI9 qualifiers proceed.