It has been a long wait for everyone in the Dota community, especially for Battle Pass owners. Valve finally released the Immortal Treasure 2 and alongside, is the exclusive event, Wrath of the Mo'rokai.

But before we get into how bad the event is, let’s take it in a customer’s perspective. It has been 2 months since the Battle Pass 2019 released and we were promised various rewards such as Earthshaker arcana, Naked Axe, Baby Invoker and a new Tiny skin after so many years.

But most importantly, everyone wanted a taste of what Valve could put on the table for the exclusive custom game. Especially after the past Internationals’ events like Sithbreaker and Underhollow being rather fresh games that everyone enjoyed. If you haven’t played Mo’rokai, let me give you a brief explanation of what it is because there’s really nothing much to be frank. So, you click the play button, and you are matched into a 5vs5 pub game, where you can pick any hero you want. Sounds great right? But isn’t this the normal matchmaking? Well, it sure is! But with giant lizards you can’t control.

These giant lizards will begin to push the lane, only one at a time, where you probably want to follow it so that it doesn’t get killed by the enemy instantly. You also have to collect “essence” that drop from creeps you kill, which you can then use as currency to upgrade your lizard’s skills and buffs.

That’s it! The goal here is to destroy the enemy Ancient. Literally a normal match with giant lizards. But that’s not even the worst part of it all. The game involves 10 players, so the losing team gets almost nothing in return, no battle points or levels, nothing! You just wasted 40 minutes to play an unrecorded pub game. What for? For that pitiful 2 levels. 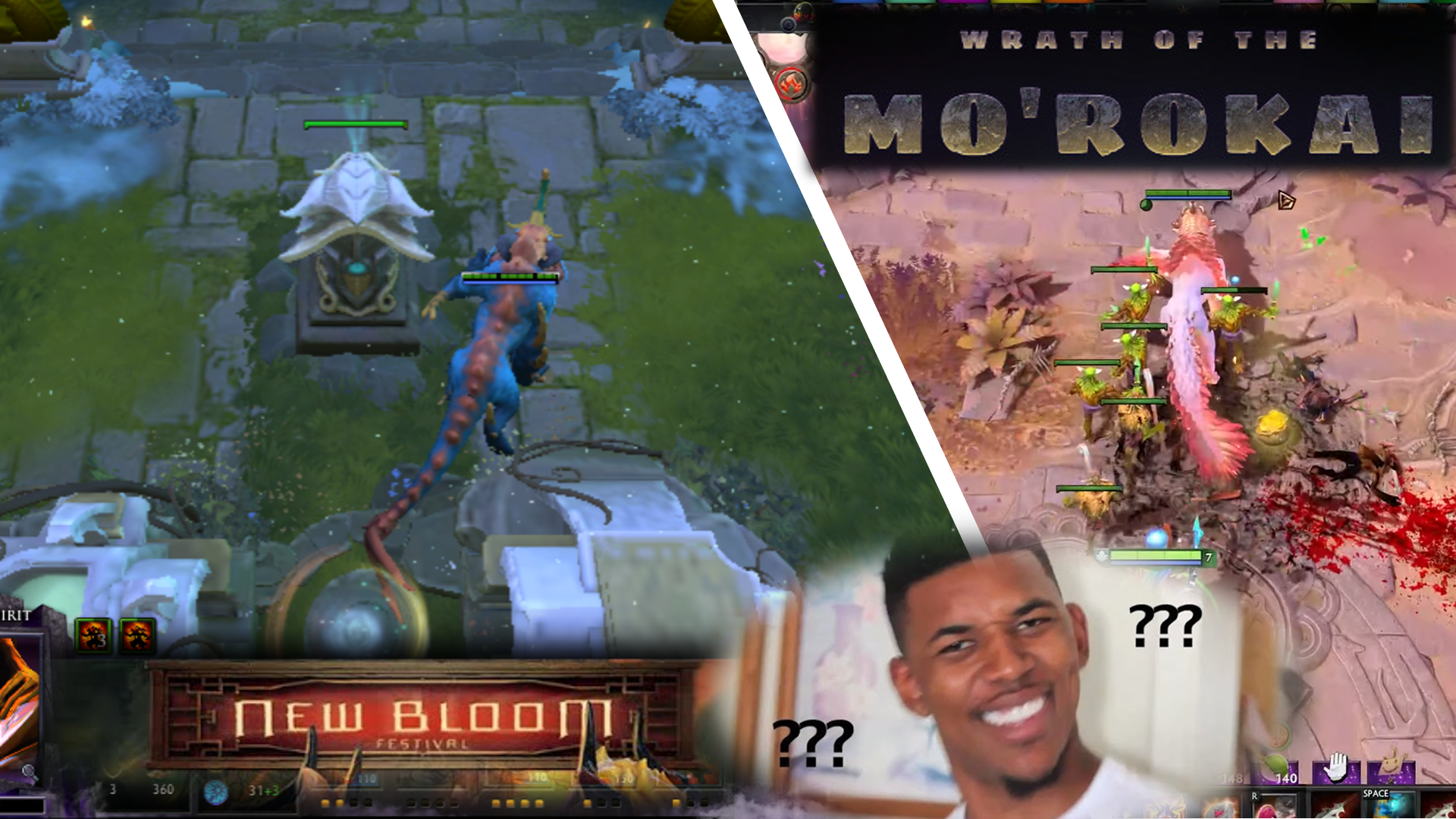 Well, of course, you can’t escape from bugs but this bug is a game-breaking one to say the least. The hero Lifestealer, can use infest on the Lizard and somehow purchase an item, sells it to get 50K gold. Just as easy as that! 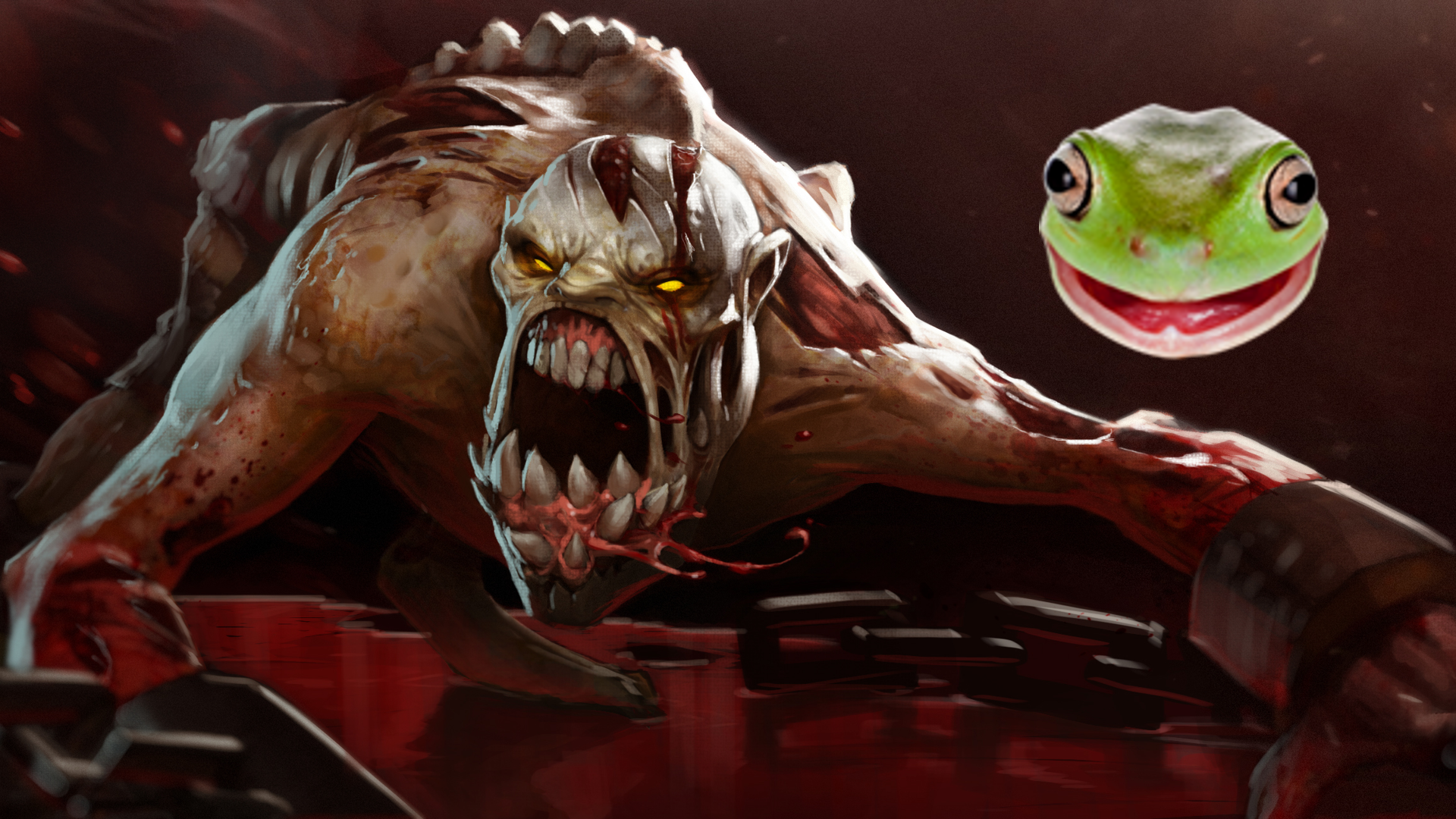 Chapter 4: Everyone Hates It!

Just an hour after Mo’rokai released and everyone had their first boring game of it, the complaints start filling EVERYWHERE. From Reddit to Dota2’s twitter posts, it is spammed with very angry comments. I don’t see why not.

The whole event is just a revamp of their past event, Year Beast. The same old concept, but with Lizards that really look like the Year Beast too actually. Everyone is calling out Dota2 to just delete the whole event because no one in their right mind would want to play this more than once.

As many users have suggested, just give us the previous year’s event instead, Sithbreaker or Underhollow, anything would have been better than this half-assed custom game. Why out of so many great events, did they have to pick the worst one? Making 10 players fight among each other? We are a community of friendly players who just want a good game, let us have a boss fight instead! Oh how much I missed Diretide. Chapter 5: Valve, your move next.

With the huge backlash from the community, I am just curious about what Valve will do to fix this. Not only did we wait 2 goddamn months for an event we won’t even want to touch after today but this is just absurd.

What do you think will Valve do to fix this? I mean, considering the Naix gold abuse not getting fixed asap, they probably had no intentions of keeping Mo’rokai (please Valve, we just want to forget it even existed). Maybe another 50 free levels? Another immortal treasure? Come on Valve, fix your mistake and impress us, the community!

So, do you like the new custom game, Mo’rokai? Tell us how much you love it in the comments below! Stay tuned.