EPICENTER was the very last tournament on the 2018-2019 Dota Pro Circuit season. Vici Gaming conquered their second Major title in a gruelling grand final that went up to a decisive game five. Also, EPICENTER 2019 was a testing ground for the newly revamped Team Liquid roster that gave VG a headache in the final act.

Amer “Miracle-” Al-Barkawi’s Anti Mage in game one and his Arc Warden from game four were pure master classes for any Dota 2 fans, performances extremely hard to forget and reasons for big concerns for any of the Team Liquid adversaries going into The International 2019. Liquid’s resilience and Miracle’s outstanding plays resulted in the MVP public votes piling up in favor of the European’s team carry. It was the second time this year when a Chinese team reached the grand finals, won it, but the most valuable player prize went to a member of the losing team. It happened before at ESL One Mumbai and it happened again on the 30 of June in Moscow, at EPICENTER. 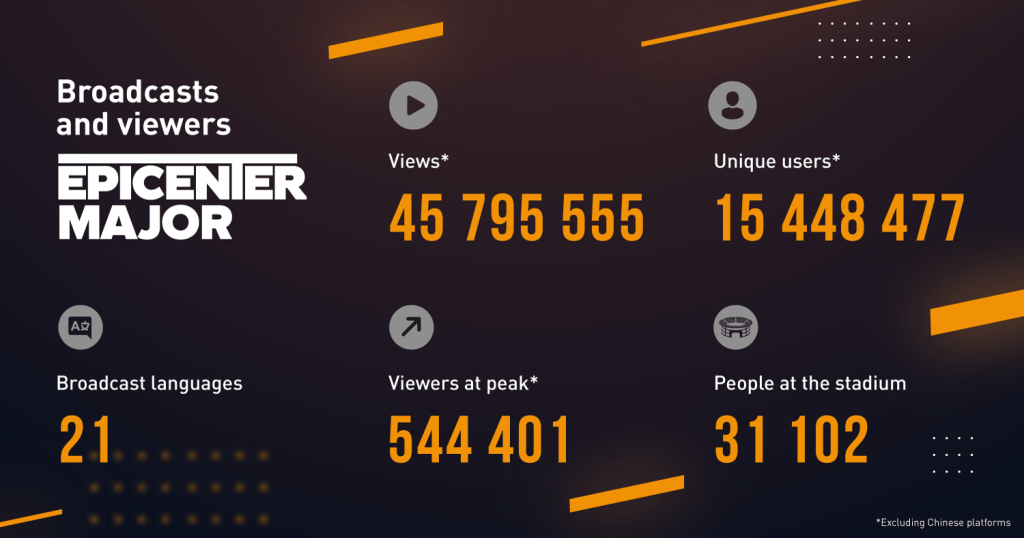 The MVP vote was hosted directly on Twitch.tv, the official broadcast partner for EPICENTER. Unfortunately, the Twitch service is blocked in China and without the MVP vote being hosted on the Chinese broadcast as well, the Chinese players didn’t really stand a chance as the English and Russian Twitch.tv channels viewers placed their votes on Miracle-.

Perhaps, the result wouldn’t have been regarded as a complete offence to VG if during the award ceremony Vici Gaming hadn’t watched from sidelines as Miracle- was interviewed and congratulated on his prize, while nobody asked the fresh Champions a single question upon lifting the tournament trophy.

In the aftermath of all that happened, the stage hosts got assaulted by the fans with unpleasant remarks and, as Maria Ermolina stated on vk, even with death threats.

“Immediately after the closing ceremony, my social media were flooded with a torrent of negativity from the fans, and among them, the Chinese viewers. I was completely dumb-founded at first, falling into despair. Seeing death threats against me and my family, crude insults and the likes of it directed at me, I threw a fit and gave all these people on Twitter a taste of their own medicine. I do not wish to excuse this act – it was a mistake,” says Maria. She also gave a bit more context on why VG were not given the chance to say at least a few words on the stage at the end of the grand finals. Here’s what Maria Ermolina publically explained:

“When it became clear in the last minutes of the match that Vici Gaming would emerge victorious, we have decided not to take an interview on stage, but instead to take it to the specifically designated space – after all, the stadium’s stage wasn’t quite optimal for that. Furthermore, everyone was certain that the player on the winning team will get the Most Valuable Player award, and there won’t be any problems with that. But, as you already know, it was Miracle, which was a big surprise to him – and to us, as well. Due to the fact that we couldn’t find Amer for quite a while, there was a delay. In that time, we had already congratulated the winning team, expressed personal gratitude to their coach and highlighted their achievements, but we couldn’t explain to them that it was time to award MVP – to a player not on their team, at that. So the guys were just standing there, thanking everyone via applause while we played for time. The only thing I could do was sprinting to Miracle to reduce the broadcast delay. Miracle didn’t understand yet why he was called, and I explained that he was to receive a Cup on the go. He asked: “What should I do?” and I suggested him to just thank the fans to close it out faster.”

Vici Gaming haven’t made any official comment on the western social media platforms, however, they did initiate a public voting on Weibo for the Chinese fans to choose the MVP winner.

“We are the champions of EPICENTER! Pick your MVP and vote for him here,” reads VG’s post.

It’s a pity that the last Major of the season had to end like this, especially since The International 2019 will be held in Shanghai, China. Valve’s biggest tournament of the year is just around the corner, coming our way mid-August. Heading into a new season, the tournament organizers will hopefully pay more attention towards aspects such as fair competition and fair chances for an international audience.

下一篇：Gunnar and the return of Korean Dota in Open Qualifiers