Well, if you guys are late to the story, let me entertain you on what happened. Just when EPICENTER had the best games we could ever expected, the ending did not go well with literally anyone, including the Russian community too.

Right after Vici Gaming won, they got out of the booth and claimed the very heavy trophy. The stage host, Stepan Shulga and hostess, Maria Yermolina, were there to be with the winning team, Vici Gaming. Since VG players (except Fade) cannot speak English, the hosts barely talked to them.

But the worst part of it all is that there was no winner’s interview at all. Vici Gaming players were left standing there, dumb-founded and ignored by the hosts. They were literally there just to hold the trophy and get some photos taken. As the show went on, the MVP award is about to be announced and this is where the hostess screwed up. As expected, Miracle won the MVP award, which is based on votes on Twitch EN and RU channels, giving a total of almost 600K votes. I mean, after that crazy Arc Warden in game 4, literally carrying Liquid for a game 5, there’s no question that Miracle earned everyone’s excitement, especially that Instant Rosh kill.

Anyways, the hostess, Maria was seen announcing Miracle as the MVP winner, but she also splinted towards Miracle in full excitement like a happy child. And guess what, she interviewed Miracle instead, in front of Vici Gaming.

Of course, this unprofessional act by her has garnered a lot of opinions and comments online. So, she actually tweeted about it in Russian. Translated, it says “Tournament's MVP was selected by the viewers (not by shouting). Letting you know. Miracle is [cool/cute (literal translation - good looking guy)], and yes, we really do have a good relationship, so I can afford to address him like that, because I am, heck, happy for the guy! Thanks to everybody who supported sincerely. Haters - blow me/suck.”

Now, it’s difficult to translate from Russian to English, so you get the picture. Anyways, it seems like she’s not one bit sorry about her actions and even defended it. Calling out the haters. Of course, her tweet has gotten attention from many people, some are also big figures from Dota community. It seems like she deleted her tweet though and some of the commenters were banned too.

Well, she didn’t stop there as many were questioning why they didn’t have winner’s interview for VG. So, she tweeted again as response, “One more thing, we couldn’t give the floor (interview) to the team simply because the players on stage cannot hear anything. There is a hellish hum. Leading work in headphones and without them, we are all deaf. I suggested to Miracle to thank the fans just by saying it in his ear.”

Well, somehow Miracle can hear her asking, “Say something in Russian” huh? 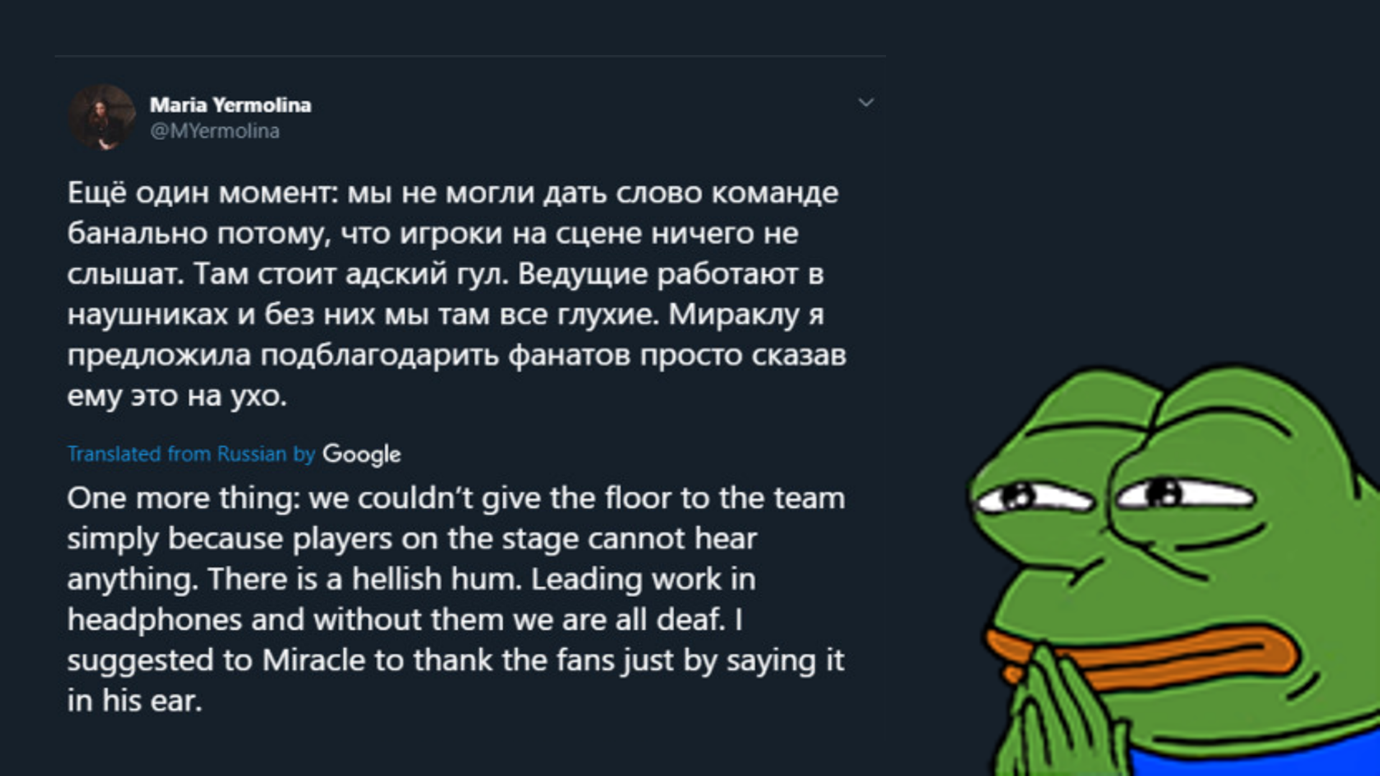 Thus, the EPICENTER did not end with all joy and fun for Vici Gaming as they definitely didn’t feel any support from the hosts at all despite winning. Many made fun of the drama by saying the hostess splinted faster than Slardar and other stuff.

Unfortunately for VG, they played really well and Fade wanted the MVP award so badly. But hey, at least they got a huge trophy and a whopping 350K USD to spend for their win. It definitely feels good to head into TI9 after such incredible performance.

Well then, what do you think about this whole Maria drama? Do you think her actions were justified? I for one feel that Nahaz is the best host ever and Slacks? Tell us in the comments! Stay tuned! 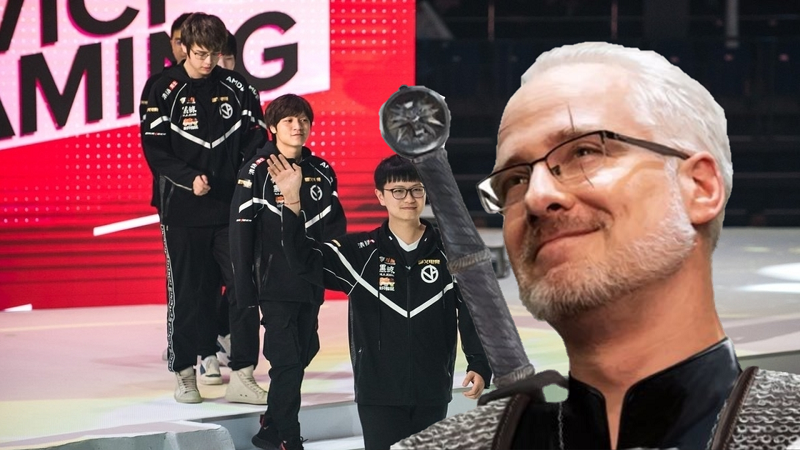